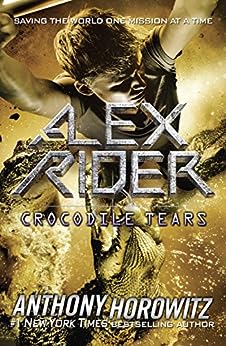 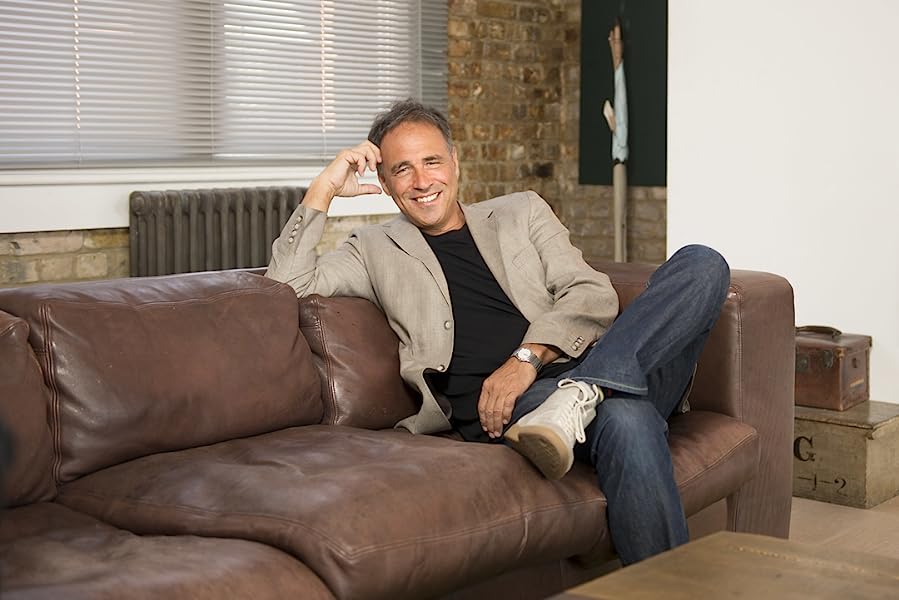 Alex Rider is an orphan turned teen superspy who's saving the world one mission at a time—from #1 New York Times bestselling author!

A charity broker con artist has raised millions of dollars in donations, only to invest them in a form of genetically modified corn that has the power to release an airborne strain of virus so powerful it can knock out an entire country in one windy day. A catastrophe so far-reaching that it would raise millions of dollars more in charitable donations, all of which would be embezzled by one man. The antidote? Alex Rider, of course, who survives gunfire, explosions, and hand-to-hand combat with mercenaries--just another day in the life of an average kid.

Alex Rider's eighth adventure and the most action-packed yet... --This text refers to the hardcover edition.

"Chock-full of excitement and suspense from the first page to the last." --School Library Journal

"Will no doubt fly off library shelves with its appealing hero, exotic settings, and high-octane action." --Voya --This text refers to the hardcover edition.

Anthony Horowitz (anthonyhorowitz.com) is a world-renowned screenwriter for film and television, having received multiple awards. And he is, of course, the author of the #1 New York Times bestselling Alex Rider novels, which have become bestsellers the world over, spawned a major motion picture, and a line of graphic novels. A master of the spy thriller, Anthony is the only writer authorized by both the Arthur Conan Doyle and Ian Fleming Estates to write original Sherlock Holmes and James Bond novels, respectively. Anthony lives with his wife in London, England; they are parents to two grown boys. Follow Anthony on Twitter @AnthonyHorowitz. --This text refers to the hardcover edition.
Read more

Welcome to my Amazon author page. It's strange to think that when I wrote my first book, there was no Amazon - in fact there was no internet, no computers. That doesn't make me particularly old. It just shows how quickly times have moved.

In fact I wrote my first book when I was ten, stuck in a miserable, north London boarding school where reading and telling stories were my only lifeline. Every time I write a new book, I have the same sense of urgency that I had then. I knew without any doubt that I would be an author. Perhaps it helped that I wasn't much good at anything else.

Cut forward to the present and now I have over forty-five published novels to my name. The game changer for me was Stormbreaker, the first Alex Rider adventure, published in 2000. There were eleven more books in the series - the latest, Never Say Die, was published in 2017 - and they are now being developed for TV. I have plenty of other children's books out there - I was delighted to discover my Power of Five series (Raven's Gate, Evil Star etc) on sale in a tiny bookshop in Elounda, Crete only a few days ago.

But as I grew older (and my original audience entered their twenties) I felt a need to move into adult writing. This began with two Sherlock Holmes continuation novels, The House of Silk and Moriarty, followed by my entry into the world of James Bond with Trigger Mortis. A second Bond novel is on the way. An original thriller, Magpie Murders was published last year and got some of the best reviews I've had. One of the joys of Twitter, incidentally, is that it allows readers to contact me directly and these 140-character exchanges are as valuable to me as what the professional critics have to say.

I also write for TV. After cutting my teeth on the hugely popular show, Robin of Sherwood, I moved on to work with David Suchet and his brilliant portrayal of Hercule Poirot, writing about nine or ten episodes of Agatha Christie's Poirot. I was the first writer on Midsomer Murders and then went on to create Foyle's War which I worked on for the next sixteen years. Somewhere along the way, I also created a five-part series for ITV called Injustice which very much influenced the book I'm publishing now.

The Word is Murder is hopefully the start of a long-running series. It introduces a detective by the name of Daniel Hawthorne - a rather dark and dangerous man whom I actually met on the set of Injustice. At least, that's my version of events and that's what counts here because, very unusually, I actually appear in the book as his not entirely successful sidekick; the Watson to his Holmes.

The whole point of being an author is that you're in control. But here I am, writing a book in which I have no idea what's going on, following in the footsteps of a character who refuses to tell me anything. What I'm trying to do is to give the traditional whodunit a metaphysical twist. I hope, if you read it, you'll enjoy all the clues, the red herrings, the bizarre range of suspects and the occasionally violent twists. With a bit of luck you won't guess the ending (nobody has so far). But at the same time, The Word is Murder offers something more. It's a book about words as much as murder, about writing crime as well as solving it.

Do let me know what you think. I really hope you like the book. If you do, you can tweet me your thoughts at @AnthonyHorowitz. I hope to hear from you!

4.7 out of 5 stars
4.7 out of 5
1,045 global ratings
How are ratings calculated?
To calculate the overall star rating and percentage breakdown by star, we don’t use a simple average. Instead, our system considers things like how recent a review is and if the reviewer bought the item on Amazon. It also analyses reviews to verify trustworthiness.

Sushila Venkataraman
4.0 out of 5 stars No comments.
Reviewed in India 🇮🇳 on 12 March 2021
Verified Purchase
Nothing to comment.
Read more
Helpful
Report abuse

Amazon Customer
5.0 out of 5 stars Mysterious, Adventurous & Wondorous!
Reviewed in India 🇮🇳 on 30 August 2017
awesome book full of adventures and suprises a real fun reading this book! one of the best books in the alex rider series!
Read more
One person found this helpful
Helpful
Report abuse

Prasad Pujari
4.0 out of 5 stars Four Stars
Reviewed in India 🇮🇳 on 1 January 2015
Verified Purchase
book is wonderful. only my copy did not look brand new. otherwise would have given 5 stars
Read more
Helpful
Report abuse

Hisham
5.0 out of 5 stars Thrilling!!!!
Reviewed in India 🇮🇳 on 30 November 2015
It starts like a card game and soon it becomes the dual to death. Alex is being chased by a maniac (Desmond McCain). Its full of suspense and thrillnes!!!!
Read more
One person found this helpful
Helpful
Report abuse

Tejasvi kumar
1.0 out of 5 stars Very pridictible plot
Reviewed in India 🇮🇳 on 24 September 2021
Verified Purchase
The whole series has basically the same plot , you can easily see what's going to happen if you have been reading this far
Read more
Helpful
Report abuse
See all reviews

Aileen
1.0 out of 5 stars The book that arrived was not the one with this ...
Reviewed in the United Kingdom 🇬🇧 on 25 February 2015
Verified Purchase
The book that arrived was not the one with this cover. It was an older version. While the content is still the same, the books were bought as part of / and to compliment the set and all the others already owned are of the same style as displayed. We were not aware that other cover designs existed. The book is a different size to the rest of the set. The description of the book should have explained the book was bound in a different cover and the picture displayed should also have been accurate. The advert was misleading, and had we known we wouldn't have bought this.
Read more
One person found this helpful
Report abuse

P. Mcgreal
5.0 out of 5 stars An Excellent Series of Books
Reviewed in the United Kingdom 🇬🇧 on 31 January 2011
Verified Purchase
My 10yrs old grandson was showing little interest in stories so I introduced him to Alex Rider and he is hooked. I appreciate that it would be much better for him to read the books but the good side is that I got him the earlier audios and the later books, not yet on audio. He read the last three books and this audio is his reward. It's usually played on long car journeys and keeps him and his 8yrs old brother happy and contented on the journeys.
Read more
6 people found this helpful
Report abuse

Book Butterfly
5.0 out of 5 stars A good series
Reviewed in the United Kingdom 🇬🇧 on 8 May 2020
Verified Purchase
This is a well written series, a good fun read, you don't need to have read the other stories but helps you if you have and they are well worth reading if you are new the world of Alex Rider.
Read more
Report abuse

busymum
5.0 out of 5 stars Excellent audio CDs
Reviewed in the United Kingdom 🇬🇧 on 20 May 2010
Verified Purchase
These CDs are invaluable for long journeys. My 10 and 11 year olds (one boy and one girl) absolutely loved listening to them. There is a bit of violence in them but nothing too graphic for that age. We have now heard the CDs so many times that I can almost quote them word for word. I felt that the guy who reads them is not as good as the one who read out all the earlier Alex Rider books on CD but its still a very good buy.
Read more
Report abuse

Veronica Williams
5.0 out of 5 stars A lot of reading for my grandson
Reviewed in the United Kingdom 🇬🇧 on 8 December 2021
Verified Purchase
My grandson is reading another of Alex Rider books at school so thought I would get him a book to try.
I was surprised how thick it was (425) pages that’s a lot for a 9 year old to read.
Read more
Report abuse
See all reviews
Report an issue
Does this item contain inappropriate content?
Report
Do you believe that this item violates a copyright?
Report
Does this item contain quality or formatting issues?
Report