Cruel Crown: Two Red Queen Short Stories and over 2 million other books are available for Amazon Kindle . Learn more
Share <Embed>
Have one to sell?
Sell on Amazon 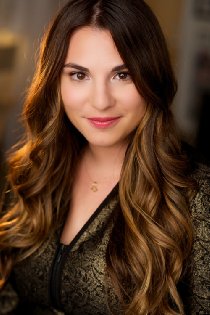 An incredible start to an electrifying new series - GUARDIAN ONLINE'A clever blend of The Hunger Games, The Selection, Graceling and Divergent' - STARBURST'A whirlwind of betrayal and plot twists' - SCI-FI NOWVictoria Aveyard has delivered a clever, slick and compelling debut. The dystopian novel will please fans of The Hunger Games but uses a supernatural twist to explore the theme of social injustice' - WE LOVE THIS BOOK

Victoria Aveyard was born and raised in East Longmeadow, Massachusetts, a small town known only for the worst traffic rotary in the continental United States. She moved to Los Angeles to earn a BFA in screenwriting at the University of Southern California. She currently splits her time between the East and West coasts. As an author and screenwriter, she uses her career as an excuse to read too many books and watch too many movies.

Start reading Cruel Crown: Two Red Queen Short Stories on your Kindle in under a minute.

4.7 out of 5 stars
4.7 out of 5
667 global ratings
How are ratings calculated?
To calculate the overall star rating and percentage breakdown by star, we don’t use a simple average. Instead, our system considers things like how recent a review is and if the reviewer bought the item on Amazon. It also analyses reviews to verify trustworthiness.

Aditi@AThousandWordsAMillionBooks
4.0 out of 5 stars Only for Hardcore Red Queen Fans!
Reviewed in India on 19 September 2016
Verified Purchase
I don’t usually read Novellas (I am, after all, a VERY broke bookworm.) However, I knew, from all the way back in February when this book released, that it was one I needed to have!

Based on two important characters in the Red Queen series – Cal’s mother, Corraine, and Farley, a captain of the Scarlet Guard, Cruel Crown gives you backstory to what Corraine was like and how she dies, and about how Farley learns about Mare, and meets Shadow.

There’s not really much to say though.

It was haunting and lyrical and filled with raw pain, with such a tragic ending.

I really loved getting to know the lady everybody praised so much, and I could even see why.
Farley’s story, however, was a bit boring.

Half filled with Scarlet Guard coded communications that I could only decipher halfway, and the other half with boring military stratergy, this one just couldn’t hold my attention.

All in all, a book worth a read ONLY if you’re already CRAZY for the Red Queen series!
Read more
11 people found this helpful
Helpful
Report abuse

Shweta L.
1.0 out of 5 stars Both short stories are chapters in Broken Throne
Reviewed in India on 22 June 2019
Verified Purchase
I enjoyed the stories, but these stories have been made into chapters of Avenyard's new book Broken Throne. Basically, readers who have purchased both, are paying to read identical content twice, which is very unethical. Publishers seem to be banking on fans of Avenyard to make double the amount of money for the same content.
Read more
Helpful
Report abuse

Joanne
4.0 out of 5 stars Short but sweet
Reviewed in the United Kingdom on 12 December 2016
Verified Purchase
ueen Song focuses on the tale of Coriane and how she came to be queen - elegantly written with a heartbreaking end. I loved Coriane as a character and her story - I just wish it had lasted longer!

Steel Scars sees Farley rise up through the Scarlet Guard, written from her viewpoint with messages scattered throughout as information is relayed between the Scarlet Guard. She meets Shade and learns of the silver and reds that live among them. Not as good as Queen Song but still enjoyable and interesting to discover more about Farley.

A short but sweet book to find out more about certain characters only touched upon in Red Queen.
Read more
Report abuse

Katherine Ticha
3.0 out of 5 stars How Shade and Farley met ...
Reviewed in the United Kingdom on 22 September 2018
Verified Purchase
I recommend reading it before War Storm. The diary of Cal's mother will be mentioned there and it's much more emotional if you actually know what they're talking about.
Read more
One person found this helpful
Report abuse

Kindle Customer
3.0 out of 5 stars Enjoyable read
Reviewed in the United Kingdom on 26 June 2018
Verified Purchase
I enjoyed reading the first short story, Queen Song, but the second one was a little slow. The book was an enjoyable read, but not amazing. If you like the Red Queen series I'd still recommend picking this up though!
Read more
Report abuse

C. L.
2.0 out of 5 stars Boring, Long and Forgettable
Reviewed in the United Kingdom on 2 July 2016
Verified Purchase
Unfortunately, Queen Song and Steel Scars were not worth my money. QS introduces a mopey protagonist, and the novella ends with a confusing wrap up of events. Half is summarised. SS, meanwhile, was long and tedious to read. Would only recommend to die-hard fans of the Red Queen series.
Read more
Report abuse

Kerry C.
5.0 out of 5 stars Brilliant!
Reviewed in the United Kingdom on 22 August 2017
Verified Purchase
A brilliant read! These stories add clarity and depth to the Red Queen series. I loved it!
Read more
One person found this helpful
Report abuse
See all reviews
Back to top
Get to Know Us
Connect with Us
Make Money with Us
Let Us Help You
EnglishChoose a language for shopping.
© 1996-2021, Amazon.com, Inc. or its affiliates