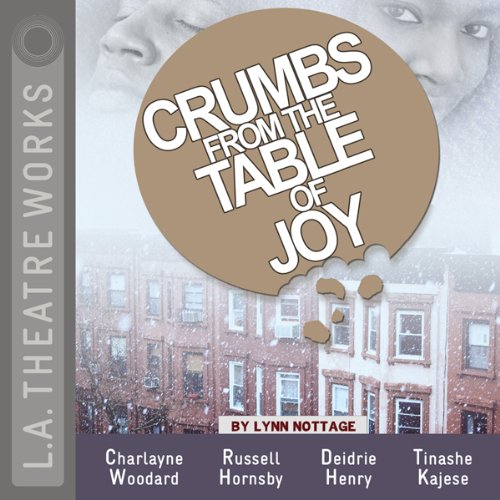 Crumbs from the Table of Joy

From the pen of the winner of the 2009 Pulitzer Prize for Drama! The Crump family is adrift and in trouble. Widowed Godfrey is under the spell of Sweet Father Divine, while his teen daughters, Ernestine and Ermina, immerse themselves in the illusions of Hollywood to escape racial prejudice. But things change quickly when free-spirited Aunt Lily shows up: Godfrey remarries a white woman, Ermina discovers boys, and Ernestine is torn between Communism and bebop! Playwright Lynn Nottage received the 2009 Pulitzer Prize winner for her play Ruined.