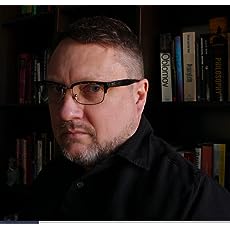 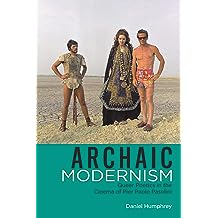 Archaic Modernism: Queer Poetics in the Cinema of Pier Paolo Pasolini (Queer Screens) 10 Nov, 2020
by Daniel Humphrey
₹2,354.10 ₹2,821.36
You Save: ₹467.26(17%)
In Archaic Modernism, Daniel Humphrey offers the first book-length, English-language examination of three adaptations of Greek tragedy produced by the gay and Marxist Italian filmmaker Pier Paolo Pasolini: Oedipus Rex (1967), Medea (1969), and Notes Towards an African Orestes (1970/1973). Considering Pasolini’s own theories of a "Cinema of Poetry" alongside Jacques Derrida’s concept of écriture, as well as more recent scholarship by queer theory scholars advocating for an antirelational and antisocial subjectivity, Humphrey maintains that Pasolini’s Greek tragedy films exemplify a paradoxical sense of "archaic modernism" that is at the very heart of the filmmaker’s project. More daringly, he contends that they ultimately reveal the queer roots of Western civilization’s formative texts.

Archaic Modernism is comprised of three chapters. Chapter 1 focuses on Oedipus Rex, assessing both the filmic language employed and the deeply queer mythological source material that haunts the tragedy even as it remains largely at a subtextual yet palpable level. Chapter 2 extends and deepens the concept of queer fate and queer negativity in a scene-by-scene analysis of Medea. Chapter 3 looks at the most obscure of Pasolini’s feature length films, Notes Towards an African Orestes, a film long misunderstood as an unwitting failure, but which could perhaps best be understood as a deliberate, sacrificial act on the filmmaker’s part. Considering the film as the third in an informal, maybe unconscious, trilogy, Humphrey concludes his monograph by arguing that this "trilogy of myth" can best be understood as a deconstruction, gradually more and more severe, of three of the most important origin tales of Western civilization.

Archaic Modernism makes the case that these three films are as essential as those Pasolini films more often studied in the Anglophone world: Mamma Roma, The Gospel According to Matthew, Teorema, The Trilogy of Life, and Salò, and that they are of continuing, perhaps even increasing, value today. This book is of specific interest to scholars, students, and researchers of film and queer studies.
Read more
Other Formats: Hardcover , Paperback
inclusive of all taxes 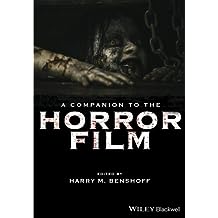 A Companion to the Horror Film 31 Jul, 2014
by Harry M. Benshoff
( 16 )
₹5,035.95 ₹15,984.15
You Save: ₹10,948.20(68%)
This cutting-edge collection features original essays by eminent scholars on one of cinema's most dynamic and enduringly popular genres, covering everything from the history of horror movies to the latest critical approaches.
Read more
Other Formats: Hardcover , Paperback
inclusive of all taxes 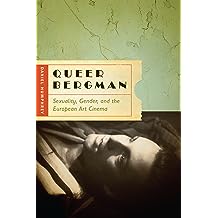 One of the twentieth century’s most important filmmakers—indeed one of its most important and influential artists—Ingmar Bergman and his films have been examined from almost every possible perspective, including their remarkable portrayals of women and their searing dramatizations of gender dynamics. Curiously however, especially considering the Swedish filmmaker’s numerous and intriguing comments on the subject, no study has focused on the undeniably queer characteristics present throughout this nominally straight auteur’s body of work; indeed, they have barely been noted.

Queer Bergman makes a bold and convincing argument that Ingmar Bergman’s work can best be thought of as profoundly queer in nature. Using persuasive historical evidence, including Bergman’s own on-the-record (though stubbornly ignored) remarks alluding to his own homosexual identifications, as well as the discourse of queer theory, Daniel Humphrey brings into focus the director’s radical denunciation of heteronormative values, his savage and darkly humorous deconstructions of gender roles, and his work’s trenchant, if also deeply conflicted, attacks on homophobically constructed forms of patriarchic authority. Adding an important chapter to the current discourse on GLBT/queer historiography, Humphrey also explores the unaddressed historical connections between post–World War II American queer culture and a concurrently vibrant European art cinema, proving that particular interrelationship to be as profound as the better documented associations between gay men and Hollywood musicals, queer spectators and the horror film, lesbians and gothic fiction, and others.