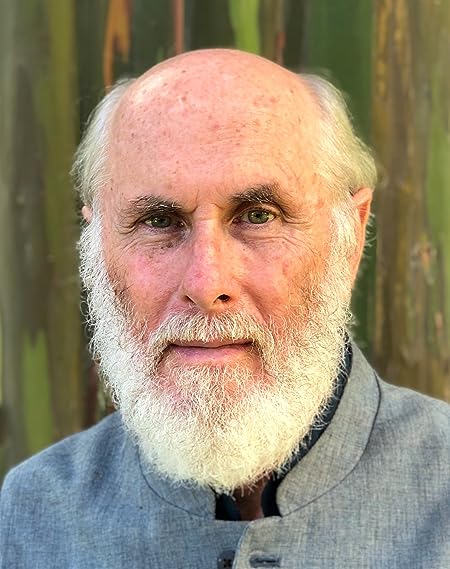 Dr. David Frawley (or Pandit Vāmadeva Śāstrī वामदेव शास्त्री) is a Vedic teacher and educator who is the author of over forty books in several Vedic and Yogic fields published worldwide over the past thirty years. He is the founder and director of the American Institute of Vedic Studies (www.vedanet.com), which offers on-line courses and publications on Ayurveda, Yoga, Vedanta, mantra and meditation, and Vedic astrology. He is involved in important research into ancient Vedic texts and is a well known modern exponent of Hinduism and Sanatana Dharma. He has a rare D.Litt in Yoga and is a recipient of the prestigious Padma Bhushan award, one of India's highest civilian awards for "distinguished service of a higher order." His work is highly respected in traditional circles in India, as well as influential in the West, where he is involved in many Vedic and Yogic schools, ashrams and associations. 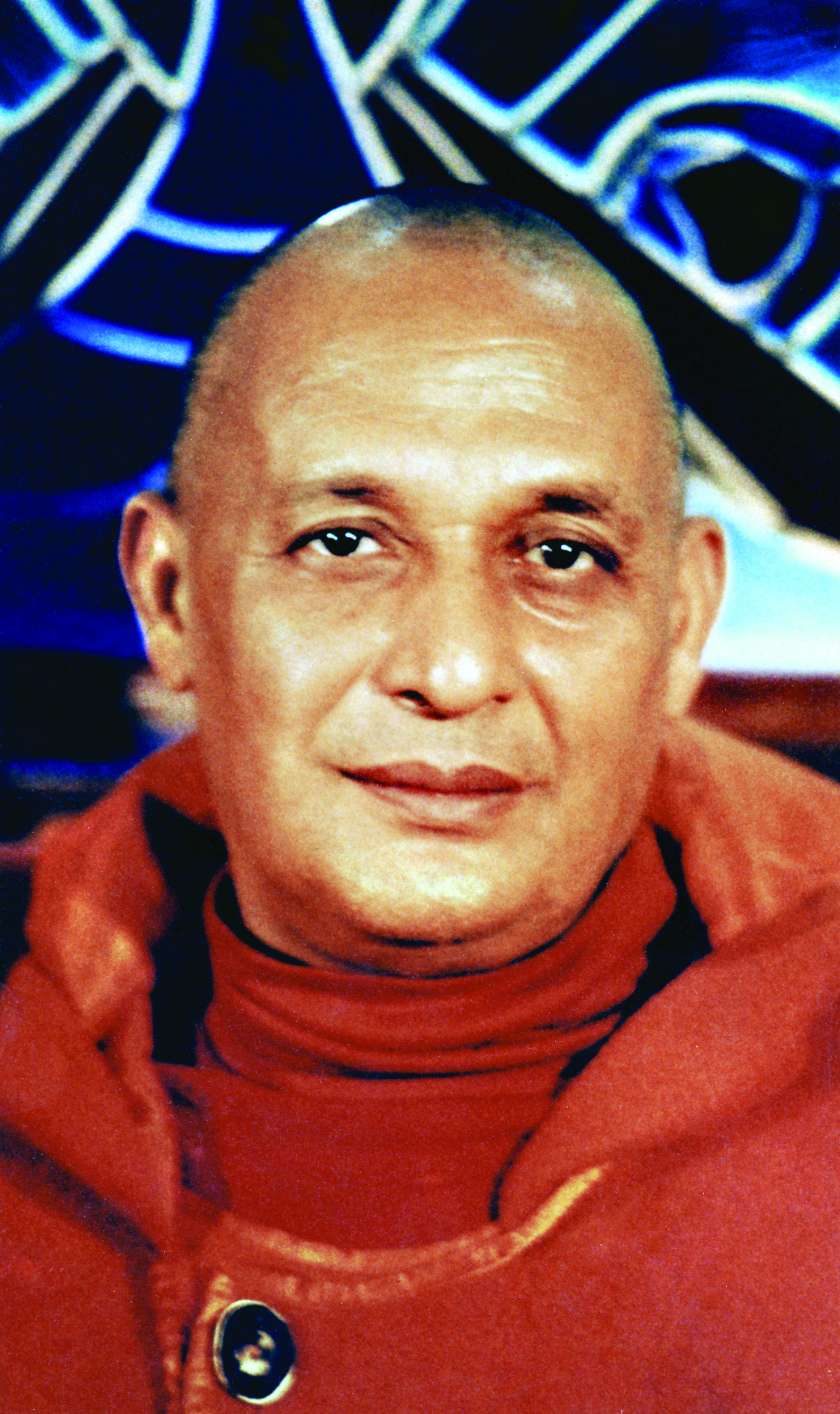 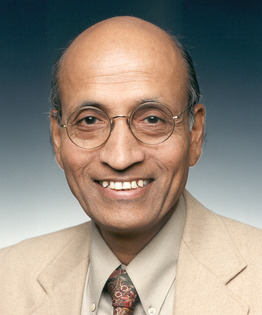 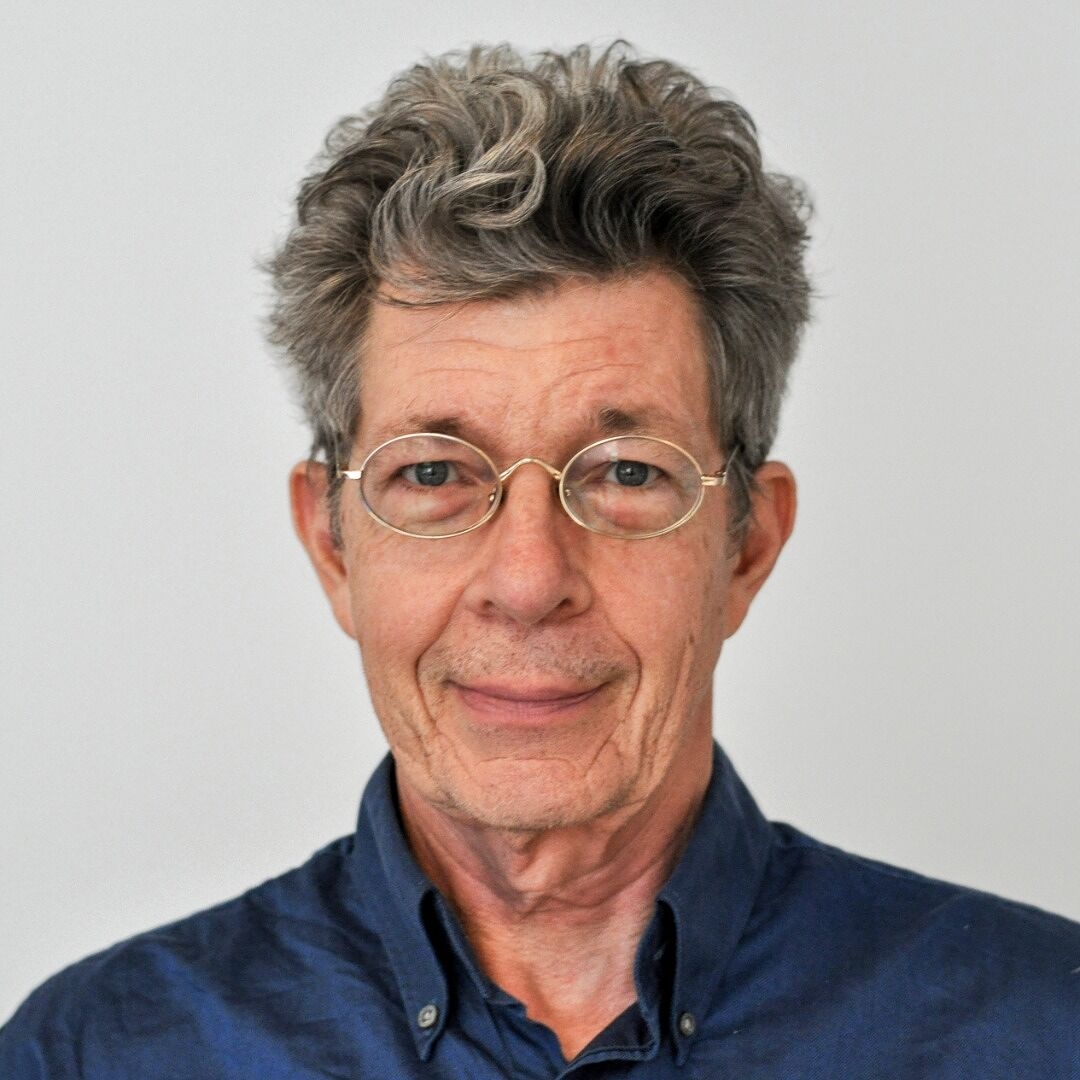 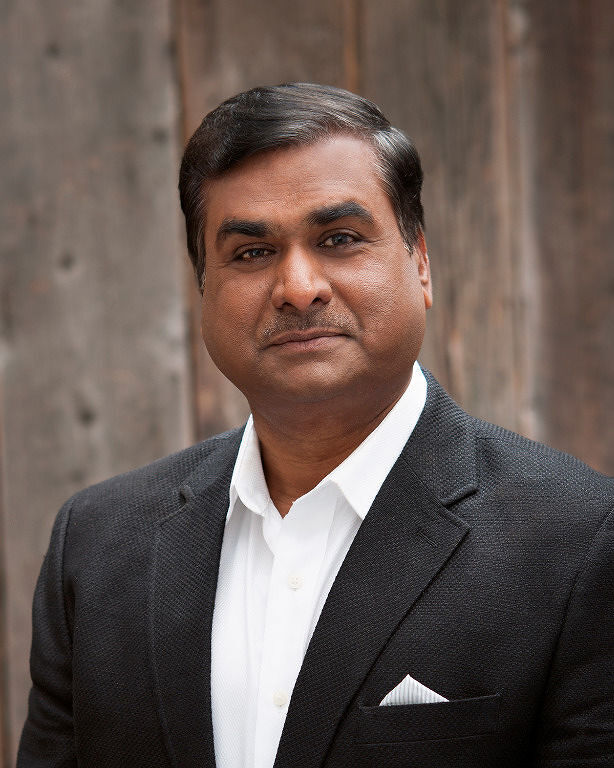 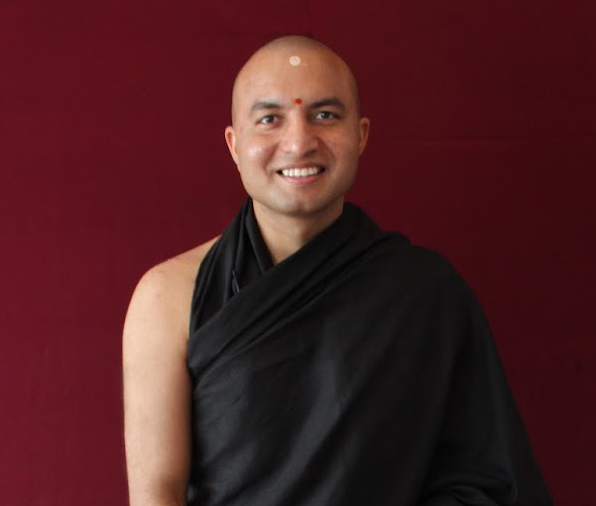 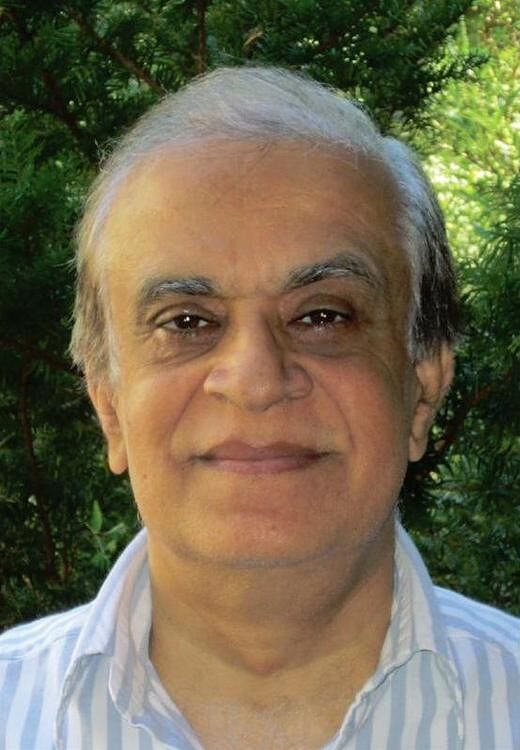 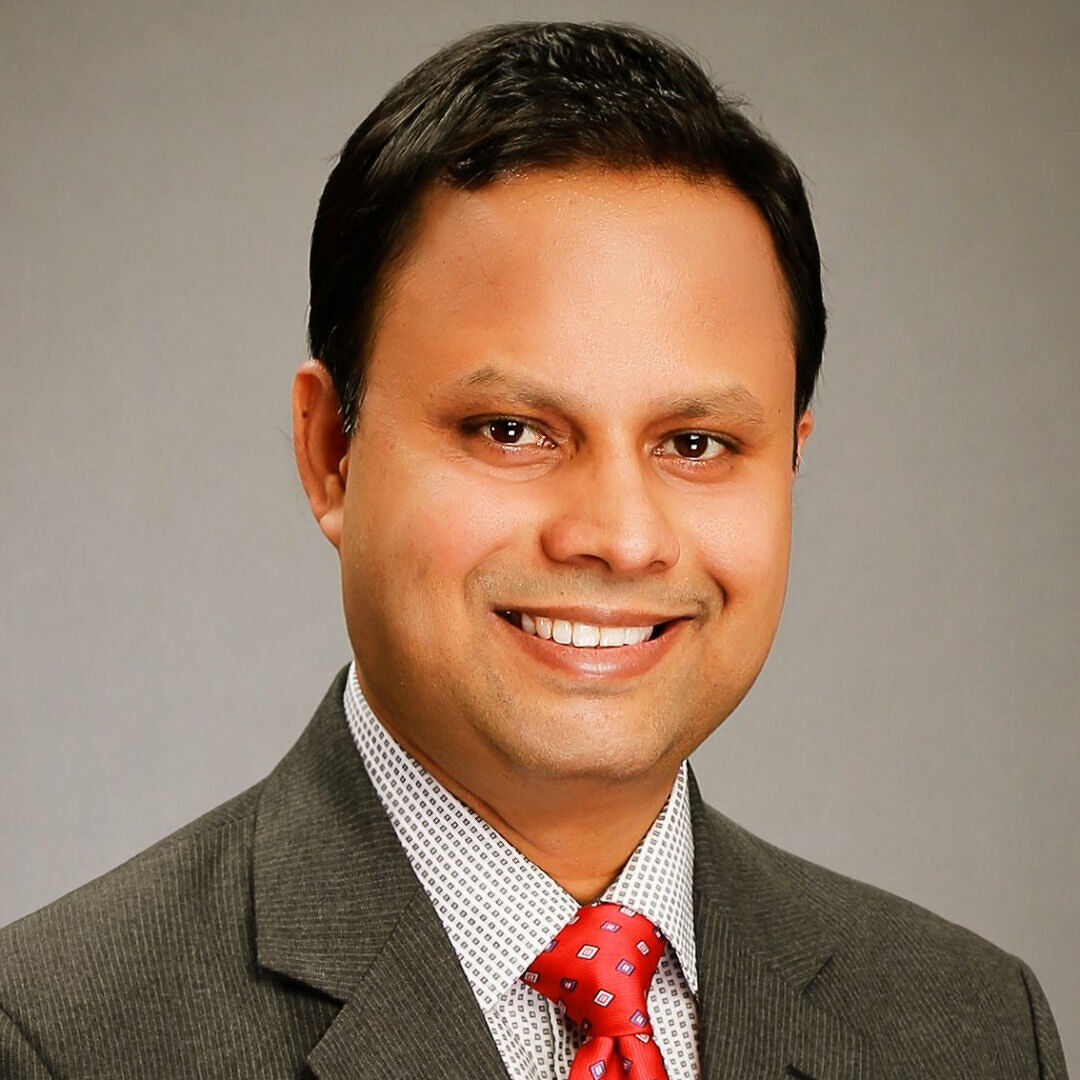 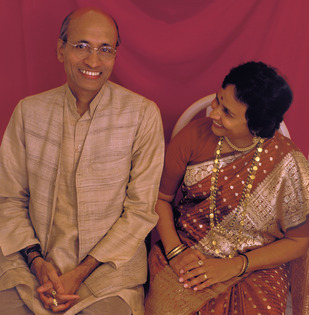 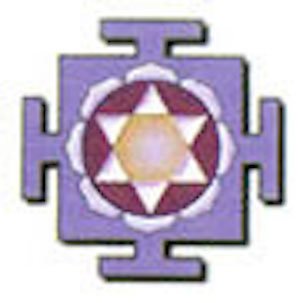 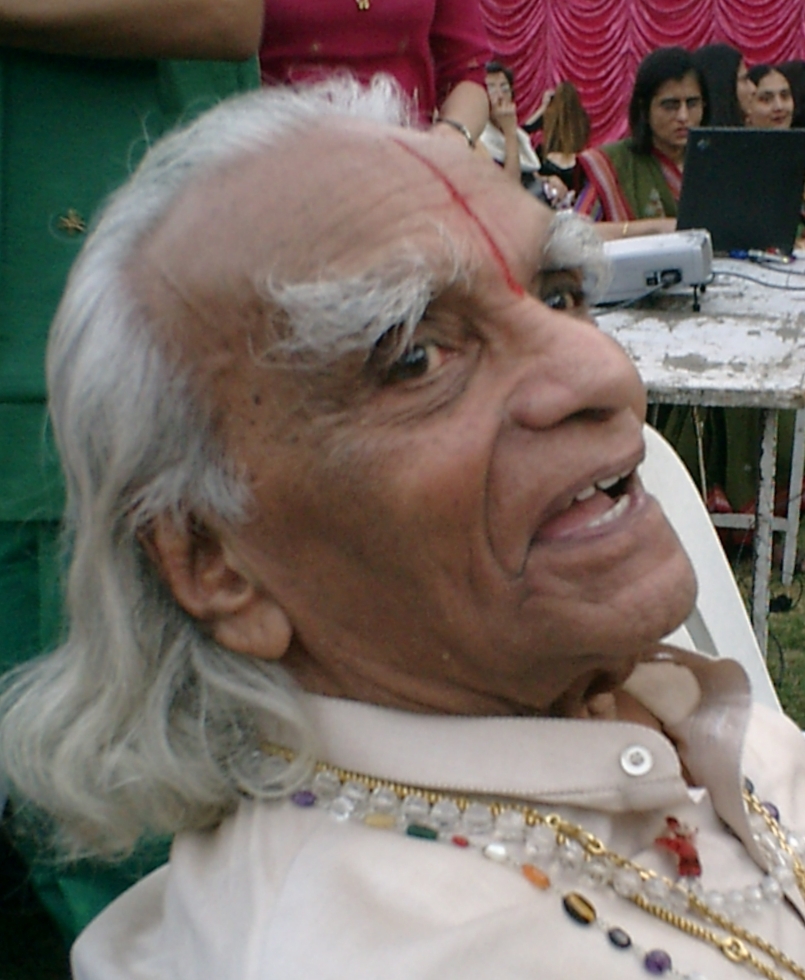 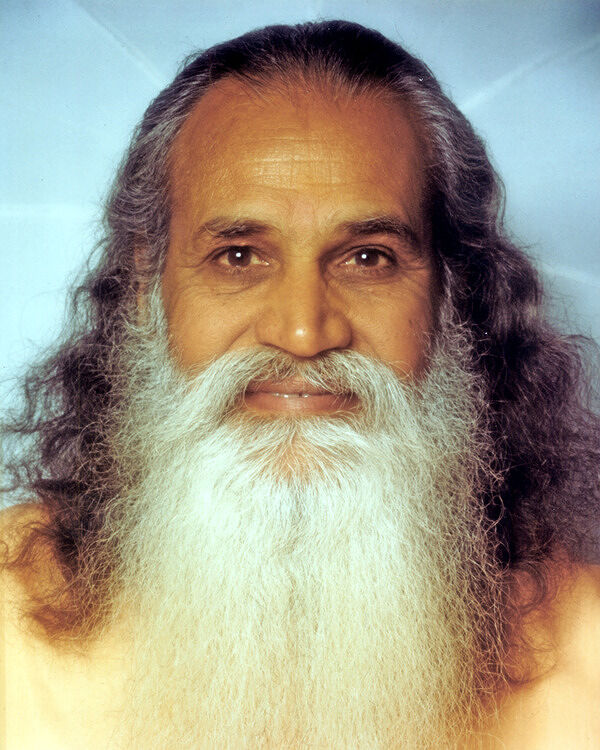 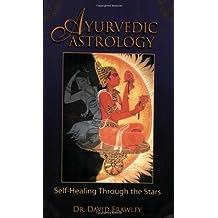 Ayurvedic Astrology: Self-Healing Through the Stars 13 Jun, 2006
by Dr. David Frawley
( 100 )
₹ 285.00 ₹ 1,630.56
You Save: ₹ 1,345.56(83%)
In his latest book, Dr. David Frawley unlocks ancient astrological understandings of the human body's inherent weaknesses based on positions of the planets and stars at birth. In so doing, he guides us to avert sickness by applying detailed traditional Vedic remedial measures and then helps us understand the karma behind illnesses when they do manifest.
Read more
Other Formats: Paperback
inclusive of all taxes 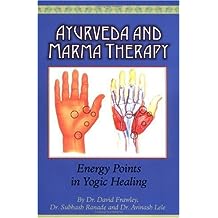 Ayurveda and Marma Therapy: Energy Points in Yogic Healing 30 Apr, 2003
by Dr. David Frawley, Dr. Subhash Ranade, Dr. Avinash Lele
( 287 )
₹ 570.00 ₹ 1,641.08
You Save: ₹ 1,071.08(65%)
This is the first book on marma therapy published in the West. It clearlydescribes the 107 main marma points in location, properties and usage. Itexplains in detail how to treat them with many methods including massage,aromas, herbs and yoga practices.Ayurveda and Marma Therapy is an essential reference guide for all studentsof Yoga, Ayurveda, massage or natural healing.
Read more
Other Formats: Hardcover , Paperback
inclusive of all taxes 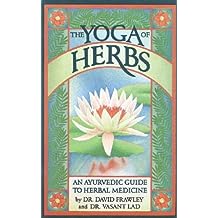 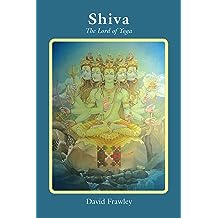 Shiva: The Lord of Yoga 7 Aug, 2015
by David Frawley
( 84 )
₹ 241.30 ₹ 1,461.22
You Save: ₹ 1,219.92(83%)
Lord Shiva is the personification of all the main practices of Yoga, as the origin and ruling power over asana, prana, mantra, inner seeing and meditation. The current book unfolds the presence, light, energy and consciousness of the Supreme Shiva to take us beyond all death and duality.
Read more
Other Formats: Paperback
inclusive of all taxes 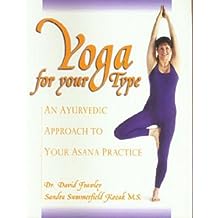 Yoga for your Type: An Ayurvedic Approach to Your Asana Practice 1 Nov, 2001
by Dr. David Frawley, Sandra Summerfield Kozak
( 133 )
₹ 541.50 ₹ 2,455.11
You Save: ₹ 1,913.61(78%)
This is the first book that details how to choose Yoga asanas (Yoga poses) mostappropriate for your unique body type according to the five thousand year oldsystem of Ayurvedic medicine. These two systems of healing and energymanagement have long been regarded as effective methods of relieving stress,creating personal balance, eliminating ailments, and relieving chronic pain.Yoga for Your Type presents a fundamental understanding of both Yoga andAyurveda and provides the information needed for you to balance your energy andfeel healthy.
Read more
Other Formats: Paperback
inclusive of all taxes 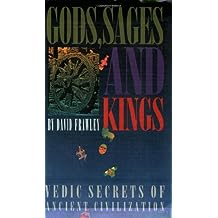 Gods, Sages and Kings: Vedic Secrets of Ancient Civilization 1 Apr, 1991
by Dr. David Frawley
( 94 )
₹ 291.65
"Gods, Sages and Kings is a very important book. It fills a major void in our understanding of human history...It calls into question our entire view of human history...it is much more significantly a truly spiritual vision of where we come from and who we are." Vyaas Houston
Read more
Other Formats: Hardcover , Paperback
inclusive of all taxes 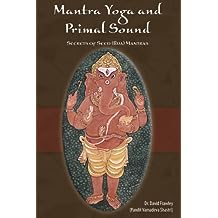 Mantra Yoga and the Primal Sound: Secret of Seed (Bija) Mantras 16 Sep, 2010
by David Frawley
( 198 )
₹ 726.39 ₹ 1,143.61
You Save: ₹ 417.22(36%)
Modern science and ancient wisdom traditions agree that the universe is a symphony of vibrational frequencies. This beautiful, comprehensive and unique work elaborates the essential truths about cosmic sound, and how we can employ important mantras for healing, transformation and inner awakening.
Read more
Other Formats: Paperback
inclusive of all taxes 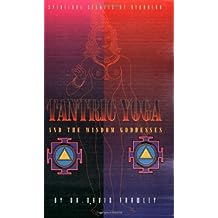 Tantric Yoga and the Wisdom Goddesses: Spiritual Secrets of Ayurveda 1 Mar, 1994
by Dr. David Frawley
( 122 )
₹ 202.35
"Tantric Yoga and the Wisdom Goddesses is an excellent introduction to the essence of Hindu Tantrism. The author discusses all the major concepts and offers valuable corrections for many existing misconceptions. He also introduces the reader to the core Tantric practices of meditation and mantra recitation, focusing on the ten Wisdom Goddesses" states Georg Feuerstein.
Read more
Other Formats: Hardcover , Paperback
inclusive of all taxes 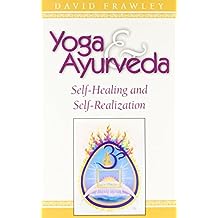 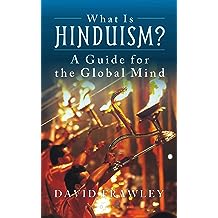 What Is Hinduism?: A Guide for the Global Mind 18 Oct, 2018
by David Frawley
( 191 )
₹ 301.77 ₹ 502.95
You Save: ₹ 201.18(40%)
What Is Hinduism? provides one of the most provocative, engaging and detailed examinations of this oldest religious and spiritual tradition in the world. Followed by over a billion people, including a great majority in India, Hinduism is the third largest religion in the world. The teachings of Yoga and Vedanta are followed by millions in every continent. Enriched with a profound pluralistic view, Hinduism emphasizes that the Truth is One but has many paths. Yet, despite its universality, Hinduism remains the most misunderstood of the world's major religions, partly because of its antiquity and the vast extent of its teachings.

Acknowledging the importance of the religion and its growing influence globally, David Frawley has addressed the prime teachings of Hinduism, its role in India, its place in the information age and has compiled an exhaustive set of questions and answers dwelling on all the significant issues. This essential learning helps us understand our spiritual heritage as a species and the place of India among the greatest civilizations of the world- ancient and modern. Further, the book charts out how Hindus can overcome the challenges confronting them today and communicate their diverse tradition more effectively, making it an ideal book for the Hindu youth. 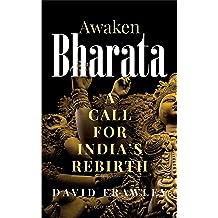 Awaken Bharata: A Call for India’s Rebirth 18 Dec, 2018
by David Frawley
( 78 )
₹ 251.37 ₹ 418.95
You Save: ₹ 167.58(40%)
Today there is a new battle going on over the 'idea of India', with some groups questioning if there ever was any real nation called 'India' prior to the British rule. Challenging this notion are those who claim that India has a profound national and cultural heritage since ancient times and was one of the main centres of civilization in the world, with its own characteristic ideals and practices born of dharma and yoga.

The Constitution speaks of India that is Bharata, proclaiming this ancient name for the country. If we look at India as Bharata, the idea of the country and its unique identity and history become clear.

Awaken Bharata is a plea for that eternal India to awaken and reclaim its esteemed place as the guru of nations, expressing once more its vast civilizational ethos. The book encourages a new vision of the country, linking its magnificent past with a more brilliant future. It emphasizes the role of a new 'intellectual kshatriya'-intellectual warriors of dharma-to challenge the inimical forces seeking to deny or displace India's great civilization. 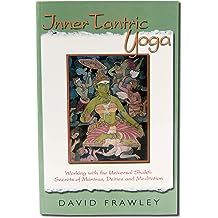 Inner Tantric Yoga: Working with the Universal Shakti: Secrets of Mantras, Deities and Meditation 23 May, 2012
by David Frawley
( 70 )
₹ 375.25 ₹ 1,428.74
You Save: ₹ 1,053.49(74%)
Inner Tantric Yoga presents the deeper tradition of Tantra, its multidimensional vision of the Divine and its transformative practices of mantra and meditation that take us far beyond the outer models of how Tantra is usually presented today. The book can expand your horizons about masculine and feminine energies, Self and world, universe and the Absolute into a living experience of the Infinite and Eternal both within and around you.
Read more
Other Formats: Hardcover , Paperback
inclusive of all taxes