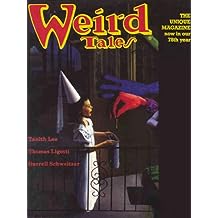 Weird Tales #325 20 Feb, 2020
by Darrell Schweitzer, Thomas Ligotti, Tanith Lee
₹ 233.51
Weird Tales #325 (Fall 2001) features "From Out of the Crocodile's Mouth," by Darrell Schweitzer; "The Gravedigger's Apprentice," by Alvin Helms; "Our Temporary Supervisor," by Thomas Ligotti; "Where All Things Perish," by Tanith Lee; "The Wizard of Ashes and Rain," by David Sandner, and more.
Read more
Other Formats: Kindle Edition
inclusive of all taxes 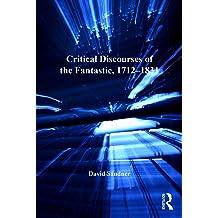 Critical Discourses of the Fantastic, 1712-1831 22 Apr, 2016
by David Sandner
₹ 2,793.00
Challenging literary histories that locate the emergence of fantastic literature in the Romantic period, David Sandner shows that tales of wonder and imagination were extremely popular throughout the eighteenth century. Sandner engages contemporary critical definitions and defenses of eighteenth- and early nineteenth-century fantastic literature, demonstrating that a century of debate and experimentation preceded the Romantic's interest in the creative imagination. In 'The Fairy Way of Writing,' Joseph Addison first defines the literary use of the supernatural in a 'modern' and 'rational' age. Other writers like Richard Hurd, James Beattie, Samuel Johnson, James Percy, and Walter Scott influence the shape of the fantastic by defining and describing the modern fantastic in relation to a fabulous and primitive past. As the genre of the 'purely imaginary,' Sandner argues, the fantastic functions as a discourse of the sublime imagination, albeit a contested discourse that threatens to disrupt any attempt to ground the sublime in the realistic or sympathetic imagination. His readings of works by authors such as Ann Radcliffe, William Beckford, Horace Walpole, Mary Shelley, Walter Scott, and James Hogg not only redefine the antecedents of the fantastic but also offer a convincing account of how and why the fantastic came to be marginalized in the wake of the Enlightenment.
Read more
Other Formats: Kindle Edition , Hardcover , Paperback
inclusive of all taxes 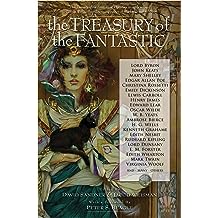 The fantastic, the supernatural, the poetic, and the macabre entwine in this incomparable culmination of storytelling. Imaginative stories of wit and intelligence weave through vivid landscapes that are alternately wondrous and terrifying. As major literary figures from the nineteenth and twentieth centuries—from Alfred, Lord Tennyson and Edith Wharton to Edgar Allan Poe and Oscar Wilde—these masters of English and American literature created unforgettable tales where goblins and imps comingle with humans from all walks of life.

This deftly curated assemblage of notable classics and unexpected gems from the pre-Tolkien era will captivate and enchant readers. Forerunners of today's speculative fiction, these are the authors that changed the fantasy genre forever. 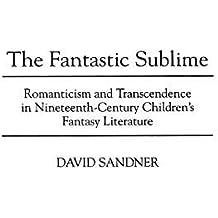 Many Victorian and Edwardian fantasy stories began as extemporaneous oral tales told for the delight of children and, like Alice in Wonderland and The Wind in the Willows, were written down by chance. These fanciful stories, told with child-like spontaneity, are analyzed here to argue their role in the revolution not only of children's literature, but of the general conception of childhood. In contrast to the traditional moral tales of the 18th century that were written with the express purpose of instructing children how to become adults, this literature that Sandner identifies as the fantastic sublime reveled in the imagination and the enjoyment of reading. By looking at the structure of the Romantic sublime and inventing and exploring the structure of the fantastic sublime, this work offers a completely new way to examine 19th-century children's fantasy literature, and perhaps, fantastic literature in general.

The study begins with a look at works by William Wordsworth and Samuel Taylor Coleridge, focusing on the 18th-century view of childhood and fantasy. This book expands on the notion that English Romanticism played a significant role in preparing adults to accept fantasy literature for children. Connections are made to the works of Kenneth Grahame, George MacDonald, and Christina Rossetti.