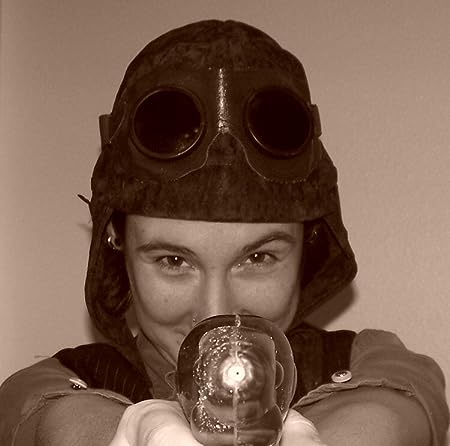 Dawn Vogel has written and edited both fiction and non-fiction. Her academic background is in history, so it’s not surprising that much of her fiction is set in earlier times. By day, she edits reports for historians and archaeologists. In her alleged spare time, she runs a craft business, helps edit Mad Scientist Journal, and tries to find time for writing. She lives in Seattle with her awesome husband (and fellow author), Jeremy Zimmerman, and their herd of cats. 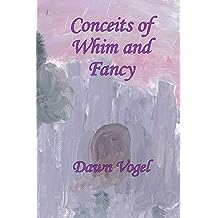 Conceits of Whim and Fancy 12 Jul, 2022
by Dawn Vogel
₹ 233.00
Fairy tales you've never read, magic workers young and old, and a few characters who defy description—all these and more can be found within Conceits of Whim and Fancy. Explore fantastical worlds and their inhabitants and secrets through short stories and poetry. Come and be transported and thrilled!
Read more
Other Formats: Paperback
inclusive of all taxes 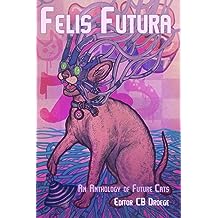 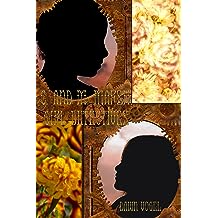 C. and M. Marsh, Girl Detectives 31 May, 2022
by Dawn Vogel
( 1 )
₹ 76.00
Chrysanthemum and Marigold Marsh live in a mechanical garden with their family. But when strange things happen, these two girl detectives are on the case! Follow them through their adventures with rose thieves, a misbehaving monkey, and someone sneaking around the garden at night!
Read more
Other Formats: Paperback
inclusive of all taxes 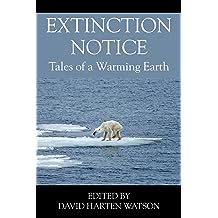 Extinction Notice: Tales of a Warming Earth 24 Apr, 2022
by David Harten Watson, Kirby Biggs, Tara Calaby, Jay Caselberg, Kimberly Christensen, Willow Croft, TJ Esteves, Mike Fiorito, J.G. Follansbee, Paul Freedman
( 2 )
₹ 449.00
Global warming is real, is caused by human activities, and is a serious threat to our planet. Science fiction is the best way to draw attention to it: with the speculative fiction in Extinction Notice: Tales of a Warming Earth, editor David Harten Watson has gathered stories from authors on four continents that will hold readers to the very last page.

Extinction Notice is packed with everything from humor and political satire to romance and horror, even poetry and songs, all with at least a dash of science fiction. Most stories are suitable for all ages, but the handful of stories containing adult language have a warning at the top.

These speculative fiction stories illustrate, in a highly entertaining way, what sorts of horrible calamities can happen in the future if humans don’t act soon to stop global warming. While some of the stories show the disastrous effects of climate change, other stories provide examples of ways we can mitigate climate change and make the future of our planet more livable.

Profits from sales of Extinction Notice will be donated to environmental charities. 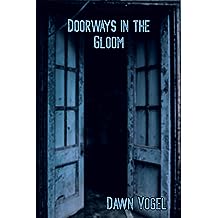 Doorways can lead to many marvelous places. In this collection, however, the scenes they reveal are shrouded in gloom and darkness. See where the doorways take you in flash fiction, poetry, and two short stories at the darker end of the spectrum. 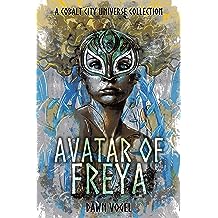 Avatar of Freya 15 Mar, 2022
by Dawn Vogel
₹ 74.00
It's an honor to be chosen as the avatar of a god, raised to the ranks of superheroes in Cobalt City by their patronage. But for Friday Jones, a fun-loving biochemistry major working to solve world hunger, it's more of a burden than she expected. Follow Friday, aka Dulcamara, and her friends through four stories of the Cobalt City Universe, as she deals with a clone of her bestie, a literal dragon, a roommate too smart for anyone's good, and a seriously rude customer.
Read more
inclusive of all taxes 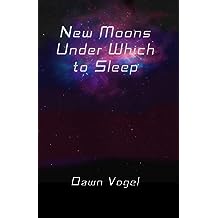 New Moons Under Which to Sleep 20 Jul, 2021
by Dawn Vogel
₹ 74.00
Unusual spacecraft, aliens among us, and finding new ways to survive. New Moons Under Which to Sleep is a collection of science-fiction short stories, flash fiction, and poetry exploring the future of life on Earth, in space, and on other planets and moons. Journey with characters young and old as they find their proper places in their universes.
Read more
Other Formats: Paperback
inclusive of all taxes 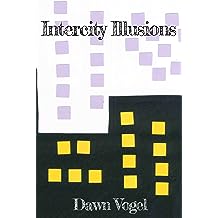 Intercity Illusions 15 Jun, 2021
by Dawn Vogel
₹ 73.00
Cities are filled with the strange and unusual, especially when you add the supernatural to them. This book collects urban fantasy stories and poetry highlighting the abnormal goings-on across myriad cityscapes. These tales will leave you wondering what is real and what is merely an illusion.
Read more
Other Formats: Paperback
inclusive of all taxes 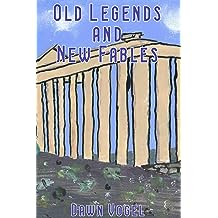 Old Legends and New Fables 11 May, 2021
by Dawn Vogel
₹ 74.00
The gods of old have become stories, as though they no longer involve themselves with the mortal realm. But in this collection of short stories and poetry, the myths of the ancient world, from Greece and Italy to Egypt and Assyria, seep through to the modern era, breathing new life into old legends and creating new fables. Along the way, these tales make stops in the lands of the Norse and Celts, and travel outside of Europe and Africa to Japan and the Americas.
Read more
inclusive of all taxes 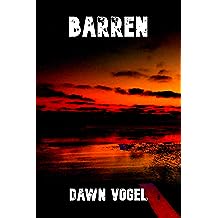 Barren 6 Apr, 2021
by Dawn Vogel
₹ 72.00
The oceans rose, plant life withered, and humans could no longer reproduce. Now, years later, Lemy has found evidence of a place impacted only by the ocean rise. But the politics are even more treacherous than they were at home. With only a child to trust, she must navigate this new landscape to keep herself and Sky alive.
Read more
inclusive of all taxes 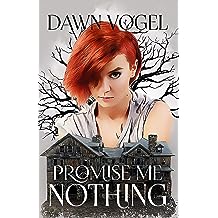 Promise Me Nothing 16 Feb, 2021
by Dawn Vogel
( 4 )
₹ 219.00
Supernatural Reform School or Horrifying Death Trap? Dedwydd Academy is meant to be a third chance for Briar Williams, exiled from the fae realm of Idyll for her part in a rebellion against the aristocracy and removed from human society for a night of mayhem in the small town of Artis. Upon arrival, she begins to make friends, but she also finds a dangerous enemy in the volatile Jaylin. Now she must navigate a new level of high school politics, one with deadly consequences. And what will her new friends think when they learn about what she's done?
Read more
Other Formats: Paperback
inclusive of all taxes 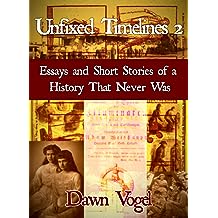 Unfixed Timelines 2 15 Sep, 2020
by Dawn Vogel
₹ 74.00
A Russian pilot using a bit of magic and music to rescue her compatriot. The family impacts of a crossroads deal unfulfilled. Ethnographic observations and misinterpretations. A magical organization devoted to stopping demons. A Victorian-era prostitute takes on Jack the Ripper. Children mailed to a strange fairy tale land. And an unusual pairing of European nobility that spans the centuries. In this second volume of truths stranger than fiction, you'll find six stories and a poem in which history and fiction are blended together. Each piece is accompanied by a brief essay detailing the history that the story or poem twists.
Read more
inclusive of all taxes