Sold by: Sunrise Book store
Have one to sell?
Sell on Amazon 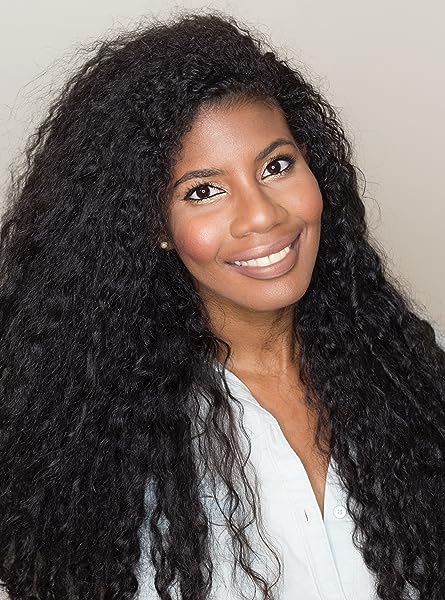 Nic Stone is a native of Atlanta and a Spelman College graduate. After working extensively in teen mentoring and living in Israel for a few years, she returned to the United States to write full-time. Dear Martin, her first novel, is loosely based on a series of true events involving the shooting deaths of unarmed African American teenagers. Shaken by the various responses to these incidents--and to the pro-justice movement that sprang up as a result--Stone began the project in an attempt to examine current affairs through the lens of Dr. Martin Luther King Jr.'s teachings.You can find her fangirling over her husband and sons on Twitter and Instagram at @getnicced or on her website nicstone.info.

Start reading Dear Justyce (Dear Martin 2) on your Kindle in under a minute.

4.8 out of 5 stars
4.8 out of 5
1,021 global ratings
How are ratings calculated?
To calculate the overall star rating and percentage breakdown by star, we don’t use a simple average. Instead, our system considers things like how recent a review is and if the reviewer bought the item on Amazon. It also analyses reviews to verify trustworthiness.

Amazon Customer
5.0 out of 5 stars An incredible sequel, even more emotionally affecting than the first novel.
Reviewed in the United Kingdom on 10 October 2020
Verified Purchase
After the exceptional novel which is 'Dear Martin', Nic Stone brings another gut punch with the incredible sequel 'Dear Justyce'. Both of these novels do a lot of great work exposing the reality of racism in modern society, this one in particular focusing on systemic racism in the American justice system. In fact, it it the perfect companion piece to the the breathtaking novel-in-verse 'Punching the Air' (Zoboi and Salaam) which has a similar hard-hitting message.

The opening author's note tells the reader that in this novel, she wanted to turn the reader's eye away from boys like Justyce, who is academically successful and flourishes at a private school then Ivy League college, to focus on boys who were not lucky enough to rise to these heights. Instead, our main character for the majority of the sequel is Quan, Manny from 'Dear Martin's cousin, who has been imprisoned for shooting and killing a white police officer. We already know this police officer was corrupt and racist, having racially profiled and wrongfully put Justyce in handcuffs for an extended period of time in the first novel, and we find out more about his aggression towards Quan and the murder in this sequel.

Gaps are filled in as we see Quan's childhood presented in parallel with his letters to Justyce from prison, growing up with an incarcerated father, domestic abuse in the home, being drawn into gang activity and the associated trauma of these events. Stone does not shy away from the brutal reality of Quan's upbringing, gaining the reader's support and sympathy for Quan whilst breaking their hearts with his feeling that an extended prison sentence for him was inevitable.

Stone herself admits that Quan's story in slightly altered from reality due to him having a solid system of support, a tutor, a therapist, legal counsel, which does not reflect the reality of many of the forgotten boys like him in prison and juvenile detention. However, she highlights the injustice of Quan's position enough to enrage and educate any reader whilst also emphasising the systems which could support happier endings to the lives of many young, black prison inmates.

Overall, this is even more emotionally effecting than 'Dear Martin' and should certainly be given to readers of any age to read but I can see it being particularly impactful with young adults. I cannot wait to bring this to students in my classroom to spark frank discussion about race, injustice and Black Lives Matter.
Read more
2 people found this helpful
Report abuse

Sarah H.
4.0 out of 5 stars A thought provoking read.
Reviewed in the United Kingdom on 6 February 2021
Verified Purchase
Dear Justyce is the second book by the author that focuses on one of the characters that we meet in Dear Martin. Whilst it didn’t have quite the same impact on me as the previous novel, it’s still a good read.

I loved Dear Martin and getting to know Justyce and what life is like for a young black man. It was great that we get to kind of catch up with him in this one when Quan, the cousin of Justyce’s dead best friend, writes to him from the prison facility he is in. Justyce is now at college and he is keen to keep up to date with how Quan is doing.

The story alters between snap shots, letters to Justyce in present day as well as seeing what life was like for Quan growing up in the past. I think this is a stark reminder of how life isn’t always about making choices. Quan’s home life and background all shape the person that he becomes. It would be too easy to stereo type Quan. This novel gives us the bigger picture of how that person gets to be where they are today. He certainly isn’t perfect but he is a genuinely nice guy where circumstance has put him on the path he is on.

Dear Justyce is yet another read that has true meaning and a deeper value behind it. It opened my eyes and will definitely have me being more open minded and not taking everything at face value. It also offers values of true friendship and believing in someone. A thought provoking read.
Read more
Report abuse

Megan
5.0 out of 5 stars A Must Read
Reviewed in the United Kingdom on 15 November 2020
Verified Purchase
‘“What about you Quan? Are YOU a killer?”
Thing is, I couldn’t really answer. Part of me wanted to flat out say “No, I’m not,” but there was still this other voice saying “What if you are, LaQuan? What if it’s inevitable?”’

Quan is incarcerated, passing the time by writing to Justyce McAllister about his experiences. Through a collection of snapshots and his letters to Justyce, we see Quan’s story unravel - from his troubled childhood to present day where he faces cruel injustice spurred on by discrimination for the colour of his skin.

Having briefly met Quan in Dear Martin, it was good to delve into his story here. We see his troubled childhood, the events and instances that guided him on the path to where he is today. It’s important that we got to see this viewpoint, as Stone mentions at the very beginning of the book - before we meet once again with Quan - this is a real approach to a character. Justyce has circumstances vastly different to Quan - attends college, respected - whereas Quan is a victim of circumstance, gaining himself an unwanted reputation of “delinquent”.

Stone’s inclusion of anxiety in Quan is refreshing. Many authors don’t seem to consider the major emotional impact events can have on characters. For Quan, the thought of spending decades of his life behind bars is understandably panic inducing. Getting to see his panic attacks and seeing Quan navigating them was important and I am grateful to the author for including it.

This can be read as a stand-alone considering it focuses on Quan’s story. We see Justyce pop up throughout but you don’t necessarily feel like you’re missing out on anything if you haven’t read Dear Martin. However, I would entirely recommend reading the first book. It is just as important.

Overall, Dear Justyce is like it’s predecessor, Dear Martin. This is a must read for anyone and everyone. Eyes must be opened to the injustices far too many face. This is one small step in the right direction.

Mario Lovrinovic
5.0 out of 5 stars Product Quality and Book Review
Reviewed in Canada on 29 October 2020
Verified Purchase
I ordered this book from amazon and it came in excellent condition! I am writing review for the book below:

Dear Justyce by Nic Stone
Rate 5 ⭐️⭐️⭐️⭐️⭐️
This sequel is really good, it’s powerful and important to read.
In the book Dear Justyce, we can read about Quan’s life and I honestly enjoyed hearing the story from his point of view.
Through Quan’s eyes, we can see how he struggled in his life since the traumatic arrest of his father when he was eleven. He slowly starts to lose hope, but Justyce and a few other people who believe in justice, help him to see the world from a different angle and help him to win the injustice system.

The book is hopeful, and this is the reason why everybody needs to believe in themselves and that with the right education you can have a clear pathway to success.

Once I started reading it, I couldn't put it down. I highly recommend Dear Justyce and if you can, read Dear Martin first.
Read more

5.0 out of 5 stars Product Quality and Book Review
Reviewed in Canada on 29 October 2020
I ordered this book from amazon and it came in excellent condition! I am writing review for the book below:

Dear Justyce by Nic Stone
Rate 5 ⭐️⭐️⭐️⭐️⭐️
This sequel is really good, it’s powerful and important to read.
In the book Dear Justyce, we can read about Quan’s life and I honestly enjoyed hearing the story from his point of view.
Through Quan’s eyes, we can see how he struggled in his life since the traumatic arrest of his father when he was eleven. He slowly starts to lose hope, but Justyce and a few other people who believe in justice, help him to see the world from a different angle and help him to win the injustice system.

The book is hopeful, and this is the reason why everybody needs to believe in themselves and that with the right education you can have a clear pathway to success.

Once I started reading it, I couldn't put it down. I highly recommend Dear Justyce and if you can, read Dear Martin first.

MARCELLO BULGARELLI
5.0 out of 5 stars DEFINITELY YES
Reviewed in Saudi Arabia on 15 March 2021
Verified Purchase
yes, we must read Dear Justyce just to remind ourselves that we must fight for every single one. Nobody can be left behind. Nobody! And sometimes things are not what they look like. Never judge any person from "their cover".
Read more
Report abuse
See all reviews
Back to top
Get to Know Us
Connect with Us
Make Money with Us
Let Us Help You
EnglishChoose a language for shopping.
© 1996-2021, Amazon.com, Inc. or its affiliates