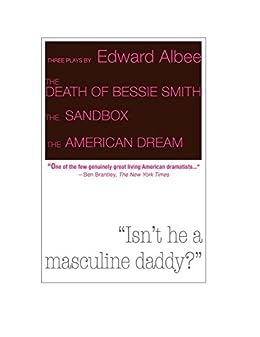 "Ever since he broke into theater history 50 years ago . . . [Albee] has been throwing the abyss in our faces with exhilarating, articulate, and daring grown-up dazzle." --Chicago Tribune --This text refers to an out of print or unavailable edition of this title.

4.6 out of 5 stars
4.6 out of 5
3 global ratings
How are ratings calculated?
To calculate the overall star rating and percentage breakdown by star, we don’t use a simple average. Instead, our system considers things like how recent a review is and if the reviewer bought the item on Amazon. It also analyses reviews to verify trustworthiness.