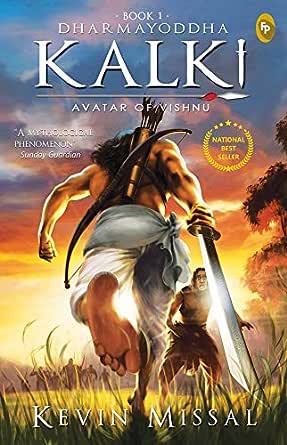 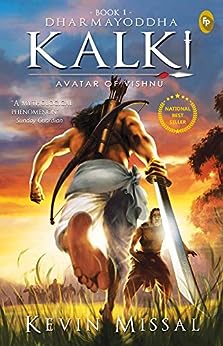 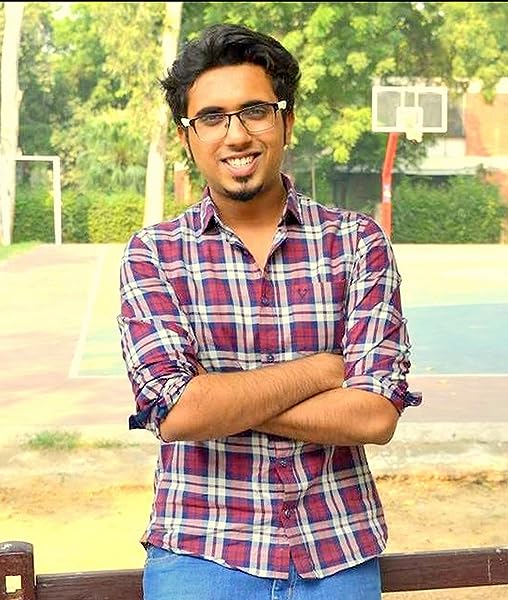 1.Enthralling and masterful- a serious contender for literary prizes in the genre of mythological fiction.

Kevin Missal is a twenty-one-year-old graduate of St. Stephen’s College. He has recently released the first book of the Kalki Trilogy, Dharmayoddha Kalki: Avatar of Vishnu, which has received praise from newspapers such as Millennium Post and Sunday Guardian who have termed it as “2017’s mythological phenomenon”.
Kevin loves reading, watching films and building stories in his mind. He lives in New Delhi. --This text refers to the paperback edition.

"If you love mythology and fantasy, this is it - it has both! A riveting read"
─ Kavita Kane --This text refers to the paperback edition.
Read more

4.2 out of 5 stars
4.2 out of 5
775 global ratings
How are ratings calculated?
To calculate the overall star rating and percentage breakdown by star, we don’t use a simple average. Instead, our system considers things like how recent a review is and if the reviewer bought the item on Amazon. It also analyses reviews to verify trustworthiness.

Devu
1.0 out of 5 stars Bad attempt at mythology fiction and misleading information
Reviewed in India on 12 July 2018
Verified Purchase
This is the worst mythological fiction book I've ever read. I bought the book based on the review ratings and highly regretted reading it.
The author has not done proper research, or has deliberately misled the readers. For example, Shambala is supposed to be the kingdom where spiritually advanced people live, but the author has depicted them to be illiterate and cowardly villagers. One part which angered me was his writing where he insults our ancient Gurus (Acharyas) and Gurukuls by writing that they taught for a few coins, and making fun that they were taught under trees! The ancient Gurukuls were holy places where the highest teachings were given to the students for their spiritual advancement and to achieve the highest goal.
He is trying to cash in on the Indian mythological fiction genre which has been trending by great books such as the Shiva Trilogy, Vikramaditya Veergatha etc. My request to the author is, please don't denigrate India's rich culture and history, please write some other fiction if money is the only thing you're looking for. There are many ways to make money and please don't poison young minds with your misinformed knowledge and misguided information. Sorry if I sound rude, but I've frankly written what I felt. I spent 2 days to read the book and was utterly disappointed, a waste of time.
For the readers, please read other authors such as Amish Tripathi and Shatrujeet Nath, and other Indian authors who are doing a great job.

Sri vishnu
1.0 out of 5 stars Ewww!!!
Reviewed in India on 9 October 2018
Verified Purchase
Well, I am an avid reader of mythological fiction books. But I found this book to be one of the worst books I have ever read under this genre. I bought this book mainly due to the positive reviews recieved, but was totally disappointed when I started reading.

For starters, the book is not at all gripping enough. I barely got the interest to continue reading. There is no proper setting of characters and their way of life. The story meanders here and there and we start to ponder about where the story is going towards. Even with some action sequences in between, the book did not create the urge to continue further. At one point, I was so fed up that I started reading another book while I was in the middle of reading this book. Then came back to finish reading the remaining pages, that too just for the sake of adding a book to my list of completed books.

For those expecting a mythological fiction story with a gripping storyline and/or a page-turner, do not read this book ever!

Amazon Customer
1.0 out of 5 stars From what I can see, this writer knows very ...
Reviewed in India on 4 April 2018
Verified Purchase
From what I can see, this writer knows very little about English. Its a shame, because the idea of Kalki is intriguing. But the sentence construction, the grammar and the over all use of English in the book is abysmal. I found myself too irritated with the language to read on. Because of the lack of an editor the book rambles and doesn't clearly state ideas. Though I have to commend the writer on his marketing skill.
Read more
123 people found this helpful
Helpful
Report abuse

Abivendhan
1.0 out of 5 stars A book full of mistakes
Reviewed in India on 2 June 2019
Verified Purchase
I picked out this book because of all the good reviews that I read and my recent interest in Mythology. But this book was a very disappointing read. This book took me a whole two months to complete ( normally I would finish a book this size in a week). There were so many glaring grammatical mistakes in the book. Every time I found one I will lose interest in reading further. Hence the huge reading slump. It is very evident that the book was never proof read. In my images I have added few of the mistakes. Mind you this is less than 1 percent of the mistakes that you will find in the book.

About the story itself, the characters were not described to an extent that will let you picturise them. Same with all the scenes. I was not able to picturise any of them. The main characters Kali and Kalki lacked the screen space. Too many characters who come and go and we're very difficult to keep a track of.

Although I have purchased the second book on the series, I don't think I will be reading it any time soon. 😭

Bansi
1.0 out of 5 stars Disappointing investment
Reviewed in India on 25 July 2018
Verified Purchase
After reading masterpieces by Mr.Amish and Mr.Ashwin sanghi I had I high expectations from this book and unfortunately this book could not fulfill my expectations...the book lacks originality, I had difficulty to keep up with all characters, character building and narration could have been better, you can literally relate the book from Shiva trilogy and game of thrones...dont invest in physical copy..
Read more
41 people found this helpful
Helpful
Report abuse

Also one more thing it is really difficult to when two characters are conversing because the author adds a paragraph in between depicting their expressions and the next line, you won't understand who is the character that spoke.

You can try this book but i am not sure if you will enjoy.
Read more

34 people found this helpful
Helpful
Report abuse
See all reviews
click to open popover
Unlimited FREE fast delivery, video streaming & more
Prime members enjoy unlimited free, fast delivery on eligible items, video streaming, ad-free music, exclusive access to deals & more.
> Get started
Back to top
Get to Know Us
Connect with Us
Make Money with Us
Let Us Help You
EnglishChoose a language for shopping.
© 1996-2020, Amazon.com, Inc. or its affiliates