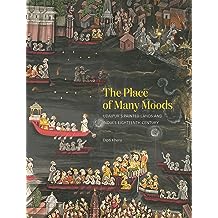 A look at the painting traditions of northwestern India in the eighteenth century, and what they reveal about the political and artistic changes of the era

Illuminating the close relationship between painting and poetry, and the ties among art, architecture, literature, politics, ecology, trade, and religion, Khera examines how Udaipur’s painters aesthetically enticed audiences of courtly connoisseurs, itinerant monks, and mercantile collectives to forge bonds of belonging to real locales in the present and to long for idealized futures. Their pioneering pictures sought to stir such emotions as love, awe, abundance, and wonder, emphasizing the senses, spaces, and sociability essential to the efficacy of objects and expressions of territoriality.

The Place of Many Moods uncovers an influential creative legacy of evocative beauty that raises broader questions about how emotions and artifacts operate in constituting history and subjectivity, politics and place.