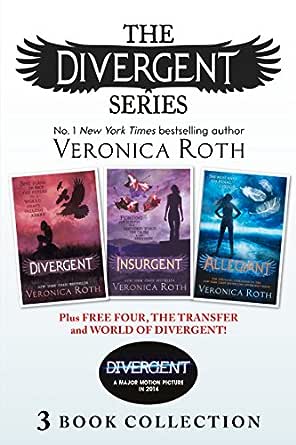 Subtotal ₹
Cart
View your cart
To add this eBook, remove any 1 eBook from your cart or buy the 25 eBooks present in the eBook cart
Review items in your cart
There was a problem adding this eBook to the cart
Kindle Edition
₹ 658.46 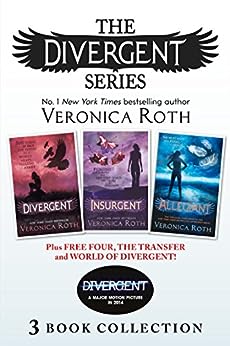 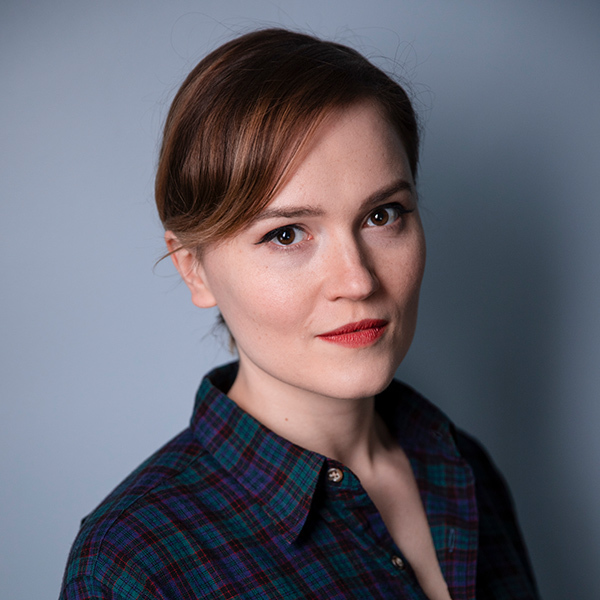 Veronica Roth is the #1 New York Times bestselling author of Divergent, Insurgent, Allegiant, and Four: A Divergent Collection. Ms. Roth and her husband live in Chicago. You can visit her online at www.veronicarothbooks.com.

4.4 out of 5 stars
4.4 out of 5
493 global ratings
How are ratings calculated?
To calculate the overall star rating and percentage breakdown by star, we don’t use a simple average. Instead, our system considers things like how recent a review is and if the reviewer bought the item on Amazon. It also analyses reviews to verify trustworthiness.

aks
4.0 out of 5 stars However like most of the other series
Reviewed in India on 10 November 2015
Verified Purchase
It along the lines of hunger games. However like most of the other series, the story looses the grip as we proceed in the series and kind of feels monotonous. Still I would say a decent read specially with the build up in the first book. The third book looks little stretched.
Read more
Helpful
Report abuse

Sudhir Narayana
2.0 out of 5 stars Unjustified hype
Reviewed in India on 19 September 2016
Verified Purchase
I bought the series based on the feedback I had read (and also the reviews provided by a couple of friends). The first part piqued my interest to quite an extent but the later books were a drag. Finally I barely had any interest to even finish the series. Not recommended at all.
Read more
2 people found this helpful
Helpful
Report abuse
See all reviews

MD
4.0 out of 5 stars Allegiant: a great dystopian story
Reviewed in the United Kingdom on 16 October 2018
Verified Purchase
So it’s been about five or six years since I first read the Divergent trilogy, and I’ve recently been doing research into the structure of the final book of a YA dystopian trilogy or series, and so I’ve just finished reading Allegiant again.

I didn’t re-read books one and two again, but rather dived straight into book three in my analysis, and I definitely think that this time round, I have different thoughts on Allegiant. I don’t know whether this is because I’m coming to it in a more analytical way this time, rather than as just a reader.

So, the majority of this book is fast-paced and the writing pulls you in. I was particularly enthralled by the imagery and how less says more in a lot of places—particularly as we’re shown Tris’s emotions.

Bringing Tobias’s POV into this trilogy with the final book is still something that bothers me a little. On the one hand, it’s great for his character development—he felt like he had real depth and I loved getting to know him more. But, on the other hand, it changed the tone of the trilogy, and its direction. One thing I remember loving about Divergent and Insurgent is how connected I felt to Tris as a narrator. Her voice really shone through the prose, and it feels like that connection was lost with book three as it’s told through two points of view.

But this new narrative structure also works—and it paves the way for the ending. I’m trying to be spoiler-free in this review, but let’s just say it’s clear the ending wouldn’t have worked if we didn’t have Tobias’s POV too.

The other thing I briefly want to mention here is that, while I liked learning more about Tobias, I found it harder to relate to him in many ways in this book because of his name change. For so long, he was known by his nickname (Four) to Tris and us, yet for the majority of this book he’s called Tobias by Tris, and in his own chapters too. This did feel a little jarring to me. I understand this is probably a personal preference though as other books where a character’s real name has been revealed at a late point has also bothered me.

This book definitely has a bigger-picture feel to it (which makes sense given the ending for book two and how Tris and co leave the city and head for the Bureau). The new worldbuilding is impressive, and it definitely puts a new spin on everything in the first two books, but at times, for me, it felt a bit too much. Like things had changed a little too quickly.

But this bigger-picture feeling led to many characters taking on bigger, more dominant roles in this book’s plot than the previous books. It wasn’t just a boy and a girl trying to save the world—it was organised and involved the work of several of the lesser characters too, and I really liked this. It showed a group of people coming together to fight where each plays an important role.

This book also throws up a lot of questions regarding the ethics of science, experiments, and genetics, and questions how much people are responsible for their own actions. I found this discourse very interesting in the way it was integrated into the story, but it did change the tone quite a bit—this book seems more political than the previous instalments of the trilogy which could arguably be thought of as more entertaining reads.

The relationship between Tris and Tobias is well-written in this book and is one of the most realistic romantic relationships I’ve come across in YA literature. They fall out, nearly break up, and it shows the true ups and downs. I especially liked how insecurity was a theme. It felt authentic and a natural build up of the events in the last two books.

And the ending? I remember the first time when I read it I was super shocked. I both hated it and loved it. This time, going in with the knowledge of the ending led to a different experience as I discovered just how much foreshadowing there is in place and the inevitability of that event. Yet it also made the pacing at the end seem slower in the final chapters—something that, on my second read, seemed to upset the balance of the book a little.

Overall, Allegiant is an emotionally charged and powerful story, but it differs in tone and theme greatly from books one and two in its series, almost becoming something very different and unexpected.
Read more
4 people found this helpful
Report abuse

Kindle Customer
5.0 out of 5 stars fascinating
Reviewed in the United Kingdom on 9 April 2014
Verified Purchase
Can't really see why this is just categorised as teen fiction - I am 59 & I found it hard to put down. In reality I do understand that as the lead characters are teens then it would probably appeal to them, & it was something I sometimes had difficulty with as, to me, their thoughts &actions belonged to someone in their 20's at least. However most of the time I did not think of them as a particular age at all.
This had a lot of twists & turns, great characters & was a bit of a shocker at the end of the main book. The character of Tris/Beatrice, I found a bit unpredictable but Four/Tobias (& I LOVE that name), empathised with all the way. Somehow I feel that the author wasjust a little in love with him herself.
Would definitely recommend to ANY age group who is into this type of fiction.
Read more
2 people found this helpful
Report abuse

Marie
3.0 out of 5 stars A good read overall
Reviewed in the United Kingdom on 9 January 2018
Verified Purchase
The first book was great for sure but then the second one was less interesting and the 3rd got very close to boring. I was also a bit disappointed by the end but I guess that’s just my personal choice. I love the idea behind the story but I think the 2 and 3 were missing a bit of depth. Overall a good read but if I had to read it again i’ll read up to maybe half of the 2nd book.
Read more
Report abuse

Gab12
2.0 out of 5 stars Divergent
Reviewed in the United Kingdom on 26 October 2016
Verified Purchase
Interesting book but gor me there were too many deaths.For an example Tobias shot Eric(the dauntless leader).The part where Abegnation where overthrown was much too gory.For an example there was this man who was shot in the head because his was an Abegnation leader. Two thirds of the book was talking about the Divergent escaping from the Dauntless leaders,the book is also very unrealistic,talking about a sixteen year sacrificing her life for the sake of it.The sexual activityit made me throw up as I am only 11 years old.I do not recommend this to anyone younger than thirteen.
Read more
Report abuse

E. Weston
5.0 out of 5 stars Outstanding series
Reviewed in the United Kingdom on 20 April 2014
Verified Purchase
I was curious enough to want to load Divergent so I checked out the series and bought them all in a bundle. I was not disappointed. I found the story curious but a possible future initially. When I found out more I was more convinced but snared by the characters and their experiences. The only area I was a bit disappointed with, and it may just have been that I was tired, was in the third book where the characters appeared to be no more than a SIMS creation. However I persevered and was not disappointed. I will be keeping them on my Kindle to read many more times I am sure. The end is unusual but satisfying too. Its worth every penny.
Read more
One person found this helpful
Report abuse
See all reviews
click to open popover
Unlimited FREE fast delivery, video streaming & more
Prime members enjoy unlimited free, fast delivery on eligible items, video streaming, ad-free music, exclusive access to deals & more.
> Get started
Back to top
Get to Know Us
Connect with Us
Make Money with Us
Let Us Help You
EnglishChoose a language for shopping.
© 1996-2021, Amazon.com, Inc. or its affiliates