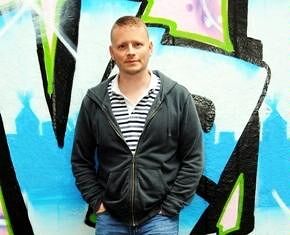 A new version of this much-loved anthology, with a brand-new story featuring the brand-new Thirteenth Doctor from literary sensation Naomi Alderman!

Twelve wonderful tales of adventure, science, magic, monsters and time travel - featuring all twelve Doctors - are waiting for you in this very special Doctor Who book.

And now they're joined by a very exciting, and very exclusive, new tale - written by Naomi Alderman, author of The Power - that will star the Thirteenth Doctor, as she battles to save the universe with her three close and trusted friends.

Naomi Alderman is the author of four novels. In 2006 she won the Orange Award for New Writers and in 2007 she was named Sunday Times Young Writer of the Year, as well as being selected as one of Waterstones' 25 Writers for the Future. All of her novels have been broadcast on BBC Radio 4's Book at Bedtime. In 2013 she was selected for the prestigious Granta Best of Young British Writers. She lives in London.

Malorie Blackman has written over seventy books for children and young adults, including the Noughts & Crosses series, Thief and a science-fiction thriller, Chasing the Stars. Many of her books have also been adapted for stage and television, including a BAFTA-award-winning BBC production of Pig-Heart Boy and a Pilot Theatre stage adaptation by Sabrina Mahfouz of Noughts & Crosses. There is also a major BBC production of Noughts & Crosses, with Roc Nation (Jay-Z's entertainment company) curating the soundtrack as executive music producer. In 2005 Malorie was honoured with the Eleanor Farjeon Award in recognition of her distinguished contribution to the world of children's books. In 2008 she received an OBE for her services to children's literature, and between 2013 and 2015 she was the Children's Laureate. Most recently Malorie wrote for the Doctor Who series on BBC One, and the fifth novel in her Noughts & Crosses series, Crossfire, was published by Penguin Random House Children's in summer 2019.

Neil Gaiman is the bestselling author of Coraline and Stardust, both of which are major motion films. Neil also co-wrote the script for Beowulf starring Anthony Hopkins and Angeline Jolie. He is the creator/writer of the award-winning Sandman comic series and has written several books for children.

Charlie Higson started writing when he was ten years old. After university he was a singer and painter and decorator before he started writing for television. He went on to create and star in the hugely successful comedy series The Fast Show. He is the author of the bestselling Young Bond books and the incredibly successful horror series, The Enemy.

Alex Scarrow used to be a rock guitarist, then he became a graphic artist, then he decided to be a computer games designer. Finally, he grew up and became an author. He has written a number of successful thrillers and several screenplays, but it's YA fiction that has allowed him to really have fun with the ideas and concepts he was playing around with designing games. Alex lives in Norwich.

Start reading Doctor Who: Thirteen Doctors 13 Stories on your Kindle in under a minute.

4.7 out of 5 stars
4.7 out of 5
34 global ratings
How are ratings calculated?
To calculate the overall star rating and percentage breakdown by star, we don’t use a simple average. Instead, our system considers things like how recent a review is and if the reviewer bought the item on Amazon. It also analyses reviews to verify trustworthiness.
Top reviews

Lucy
5.0 out of 5 stars Brilliant
Reviewed in the United Kingdom on 30 August 2020
Verified Purchase
A fun book for all Whovians new and old alike; whether you be a fan of the classics or the newer episodes, this book is a must have for any collection.
Read more
Report abuse

John
5.0 out of 5 stars Simply put!
Reviewed in Canada on 13 January 2022
Verified Purchase
13 Doctors, 13 Stories nough said!
Read more
Report abuse
See all reviews
Back to top
Get to Know Us
Connect with Us
Make Money with Us
Let Us Help You
EnglishChoose a language for shopping.
© 1996-2022, Amazon.com, Inc. or its affiliates