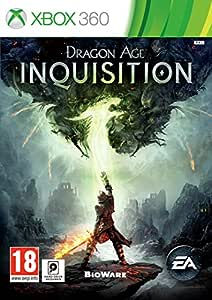 Amazon Delivered
Amazon directly manages delivery for this product. Order delivery tracking to your doorstep is available.
In stock.
Sold by Games.stores and Fulfilled by Amazon.
3 offers from ₹ 1,280.00

The order quantity for this product is limited to 1 unit per customer.

Please note that orders which exceed the quantity limit will be auto-canceled. This is applicable across sellers.

4.4 out of 5 stars
4.4 out of 5
251 global ratings
How are ratings calculated?
To calculate the overall star rating and percentage breakdown by star, we don’t use a simple average. Instead, our system considers things like how recent a review is and if the reviewer bought the item on Amazon. It also analyses reviews to verify trustworthiness.

Supraj
1.0 out of 5 stars Completely dissatisfied
Reviewed in India on 9 November 2020
Verified Purchase
I received this product with French as default language. Nowhere it was mentioned that this game is in French language.
Product is not returnable and there is no seller contact to talk with.
Called Amazon customer care and that person said she will give customer care contact of Microsoft to change the language to English (after speaking to someone by keeping me on hold) but she never sent it.

Don't buy this product if you don't know French language

Shaur
3.0 out of 5 stars Their is a huge bug in war council like this their are even time bugs like this because of this bug a 40 min quest become a one 1lakhhour
Reviewed in India on 30 August 2017
Verified Purchase
This game war council is very buggy I'm so sad to return this game just because of a war council bugg which is related to all main quest and related to all side quest
Read more

Charlie Oh
5.0 out of 5 stars I started writing this review, got distracted by dragon age, and now a year has passed... has anyone seen my son?
Reviewed in the United Kingdom on 25 June 2015
Verified Purchase
Have a life but want to turn a blind eye to it?

Running out of procrastination methods?

Getting too much sleep?

Enter a world where everyone debates as to whether or not you're a messenger of God, and you just kind of shrug and tell them what you want to hear, because you don't have a clue. A world where men with fantastic facial hair wiggle their eyebrows at you seductively and tiny blonde rogues teach you a whole host of new swear words.

Oh yeah, and there are dragons and demons and things happening, too.

The storyline is pretty good, and though the graphics for the 360 aren't exactly up to snuff compared to the new gen consoles, it does the job. You'll just have to watch characters slowly render in cutscenes. Ultimately I haven't had many problems with glitches apart from freezing here and there, but just save often and try and not move too much when the autosave pops up and that seems to reduce it. Watch out for a saving malfunction too, though. I've never had any major data loss because of it, though, which I'm thankful for. The host of characters is rich and the backstories are mostly quite complex. I've actually found it's a fantastic motivator ("just a few more hours of work and you can go play dragon age. You can do this!")

If you liked the rest of the series, it's an easy purchase. If it's your first foray into the dragon age franchise, it's easy to get into and understand. If you're considering the deluxe edition, might as well get the standard, and you can buy the upgrade as DLC for around 10 quid if you think it's worth it. Just please don't get this if you have a deadline of any kind impending. Wait. Because you'll give up on work so easily without some discipline.
Read more
12 people found this helpful
Report abuse

Philip Power
5.0 out of 5 stars Great re-play value
Reviewed in the United Kingdom on 23 September 2020
Verified Purchase
The first time I played it I thought "yikes there's a lot of controls and in-game lore to remember", and a lot of button-mashing and puny attacks early on, but it soon grew on me. Playing as an archer really is different to playing as a warrior or mage. A lot of the moves are satisfying as you get tougher. The locations are beautiful (best in-game desert for the xbox360 by far). The world feels real, the characters feel like real people, and the interactions/conversations are often hilarious, really funny. You can be a saint, an @$$hole or somewhere in between. And the romance scenes are touching, meaningful, laugh-out-loud funny, or all three.

TIP: turn your character into a knight-enchanter. It's the only way to make combat REALLY satisfying.
Read more
Report abuse

Timothy Cooper
3.0 out of 5 stars Magnificent, but get it on next gen
Reviewed in the United Kingdom on 24 January 2015
Verified Purchase
This game is magnificent, but on the Xbox 360 or PS3 it struggles.
Graphically, it is good, but there are issues as the Xbox 360 and PS3 can't quite hack it, so you get some odd textures on characters faces and some frame rate drops or late loading textures.
I don't want to ruin the story, but it is very well crafted and you feel for all of the characters (as with all bioware games) and it takes a long time to complete, so you build up relationships with your "Inner Circlee". There is a lot of darkness in the game, but the few light moments are well felt and much appreciated.
My main issue... loading times, each time you travel to a different area, each time you enter a cut scene or boss battle, each time a major event happens you immediately get a loading screen forr 15 seconds, then everything goes black for at least another 15, sometimes up to a whole minute, and for me, it is serious enough to knock 2 stars off the game on the Xbox 360 or PS3.

I stand by that whilst you are actually playing the game, the combat, the drama, the music and the story are all absolutely top notch, but you spend a quarter of your time in loading screens or with half rendered graphics.

Definitely, definitely get Dragon Age Inquisition, but for the love of god, get it on an Xbox One, PS4 or Computer.
Read more
8 people found this helpful
Report abuse

Katie Hart
5.0 out of 5 stars Better than skyrim.
Reviewed in the United Kingdom on 1 February 2016
Verified Purchase
We initially purchased as we thought it would be a more updated version of skyrim. The game has good graphics (not fantastic, but this can be excused as the game is so large).

It has many depths and options to explore and unlike skyrim, each verbal communication with NPCs is very unique and provides a great edge to the game.

Unfortunately, once you pick your role (Mage, warrior, rouge), you have to remain as such, which was something that we thought was slightly lacking in comparison to other sandbox games. However, there are so many options within the class you chose, so you don't particularly get bored with the combat options. Combat options are another improvement, there are many options and upgrades available.

I'd put the game as a cross between dragon's dogma and skyrim, we very much enjoyed it and are still going, 70 plus hours in.
Read more
2 people found this helpful
Report abuse

cameron
5.0 out of 5 stars Story isnt as good as Origins better than 2 tho
Reviewed in the United Kingdom on 4 September 2018
Verified Purchase
As for story its not bad but not great Orgins set the bench mark in this series.The combat and attribute ( skill tree) are much better than Orgins and that was what made 2 a good game same with the graphics are an improvement. oOrigins plus Dlc is a 100+ hour game. dragonAge 2 is a 60+ hour game and this game is a 100/200 + hour game if you collect everything and play the dlc.. i'm a huge Dragonage fan and hope they do a HD version of Orgins..

If you like this Game Series and havent got this game yet, 1 where have you been and 2 BUY this GAME !!!!
Read more
Report abuse
See all reviews
Pages with related products. See and discover other items: xbox 360 games
Unlimited FREE fast delivery, video streaming & more
Prime members enjoy unlimited free, fast delivery on eligible items, video streaming, ad-free music, exclusive access to deals & more.
> Get started
Back to top
Get to Know Us
Connect with Us
Make Money with Us
Let Us Help You
EnglishChoose a language for shopping.
© 1996-2020, Amazon.com, Inc. or its affiliates