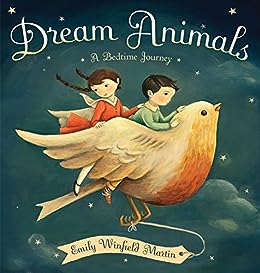 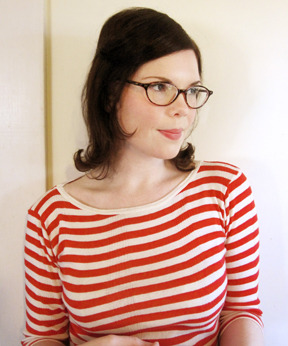 by Emily Winfield Martin (Author) Format: Kindle Edition
See all formats and editions
Sorry, there was a problem loading this page. Try again.
Take a bedtime journey with the New York Times bestselling author of The Wonderful Things You Will Be and discover the adventures that await while you dream!

You only have to close your eyes
And when you snuggle in….
You’ll be carried to your dream tonight
On wing or paw or fin

Snuggle into bed and discover what your dream animal might be and where it could take you! Could it be a bear who brings you to bake pastries? A fox who ushers you into a magical forest? Mermaids with whom you can sip tea?

With a perfect nighttime rhyme and gorgeous illustrations, this book is the ideal addition to any bedtime reading routine. Little ones won’t mind closing their eyes once they learn what wonders await in their dreams.

The New York Times, November 27, 2013:
"A rare, enchanting mixture of graceful rhyming verse and adorable, Hummel-sweet illustrations... Martin’s paintings, in rich, creamy opaque colors, have a retro look that recalls early Golden Books, but with more brush-stroke texture. They’re so nursery-worthy you may be tempted to snip a few out and frame them."

Parents Magazine, November 2013:
"Enchanting...Little ones won't mind curling up, thanks to the lovely whimsical illustrations."

The Atlantic Wire, August 29, 2013:
"Tender and dark, this brings to mind the dark and wooded world of classic fairy tales — but with a refreshingly quirky twist."

Publishers Weekly, August 12, 2013:
"The minimalist ink-sketched bedrooms of each dreamer give way to luxuriant fairy-tale images rendered in dense, subtly radiant colors, which are reminiscent of classic European illustration...Will take firm grip of readers’ imaginations as they make their own ways to dreamland."

ApartmentTherapy.com, November 20, 2013:
"It's a perfect bedtime book as it creates a feeling of security and comfort paired with the endless possibilities for exploration and adventure that dreams bring. The illustrations are rich and sumptuous, yet delicate and ethereal. It's a lovely book, one that you'll want to hold onto for years to come."

Metro US, November 20, 2013:
"This new bedtime book will lull your little one to sleep with its whimsical rhymes and low-lit illustrations. The book has a slightly vintage-feel, making it an instant classic and your child will be looking forward to his or her own sweet dreams after reading about the ones in the book."

Booklist, December 15, 2013:
"Whether taking tea with mermaids in pale green waters, flying over a prehistoric world on a winged bicycle, or painting the stars while resting on the moon, these dreams suggest delightful and fantastical experiences. Martin sketches the sleeping children in black and white and renders the enchanting scenes of their dreams in vivid color. A sweet and lyrical bedtime story." --This text refers to the library edition.

EMILY WINFIELD MARTIN sketches, paints, and stitches to create imaginary worlds and characters. She is the author/illustrator of The Black Apple's Paper Doll Primer. Her store, The Black Apple, has been featured in national publications and on TV shows, including the New York Times and The Martha Stewart Show. The inspiration for Oddfellow's Orphanage, Emily's first book for children, came from the real I.O.O.F. (Independent Order of Oddfellows), dancing bears, ragtime music, and magic and mysterium of all sorts. Originally, Emily painted portraits of the children and adults at the imaginary orphanage, and from the portraits the stories emerged—enough to fill a book!
Emily lives among the giant fir trees of Portland, Oregon, with her fellow adventurer, Josiah, and their cat Miette. --This text refers to the library edition.

4.8 out of 5 stars
4.8 out of 5
1,112 global ratings
How are ratings calculated?
To calculate the overall star rating and percentage breakdown by star, we don’t use a simple average. Instead, our system considers things like how recent a review is and if the reviewer bought the item on Amazon. It also analyses reviews to verify trustworthiness.
Top reviews

Amazon Customer
5.0 out of 5 stars Amazing
Reviewed in the United Kingdom on 22 June 2020
Verified Purchase
The illustrations are beautiful!!
Read more

5.0 out of 5 stars Amazing
Reviewed in the United Kingdom on 22 June 2020
The illustrations are beautiful!!
Images in this review

GaryTheSnail
5.0 out of 5 stars Gorgeous book
Reviewed in the United Kingdom on 4 June 2021
Verified Purchase
This book is incredibly beautiful; the drawings and the words flow with such ease, it feels like a magical journey. Loved by me and my toddler at bedtime, she loves to choose which dream animal we would each have.
Read more
Report abuse

Petra
4.0 out of 5 stars Attractive dream scenes for boy and girls
Reviewed in the United Kingdom on 14 April 2017
Verified Purchase
The book is beautuful and engaging for a 3yo as well as the parents. However, the covers of the book I received were damaged. This is a pitty since this book has such beautiful covers it can also be used to decorate a toddler's room.
Read more
One person found this helpful
Report abuse

Fk22
5.0 out of 5 stars Fabulous book for little ones
Reviewed in the United Kingdom on 3 March 2021
Verified Purchase
Beautiful unusual book, really gorgeous illustrations and a lovely bedtime story. Really pleased to have found this gem!
Read more
Report abuse

Miss P. Bahth
5.0 out of 5 stars Just beautiful
Reviewed in the United Kingdom on 21 June 2016
Verified Purchase
I came across this in a kids store and have since purchased for friends. It's a beautiful bedtime book which is as much pleasure for me to read as it is for my baby who loves the pictures and detail.'
Read more
Report abuse
See all reviews

Emily Winfield Martin makes paintings, books and other things. When she was small, she spent every moment drawing, reading, dressing rabbits in fancy clothes, and having many peculiar daydreams. When she grew up, she began to illustrate those daydreams and she created a cottage industry called The Black Apple, which sells all manner of her art and etceteras.

She works in a tiny nook of a studio filled with old children's books, wind-up toys, and stacks of fabric. She lives in Portland, Or.

You can visit her at www.emilywinfieldmartin.com