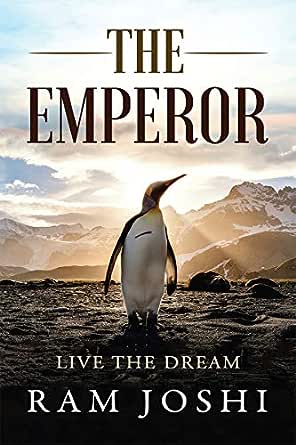 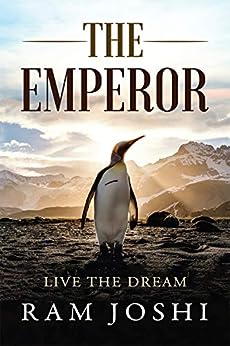 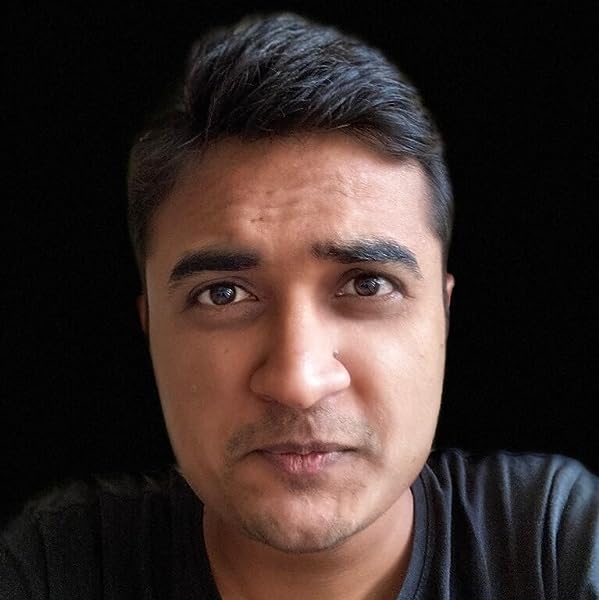 4.4 out of 5 stars
4.4 out of 5
44 global ratings
How are ratings calculated?
To calculate the overall star rating and percentage breakdown by star, we don’t use a simple average. Instead, our system considers things like how recent a review is and if the reviewer bought the item on Amazon. It also analyses reviews to verify trustworthiness.

Kiranmayi
4.0 out of 5 stars Inspirational and heart-warming!
Reviewed in India on 27 January 2021
Verified Purchase
Emperor, known as Em among his friends, is one of the thousands of Penguins living in the Antarctica. Em loses his parents when he was a few years old and then on his life, like everyone else in his tribe revolves around surviving the harsh winters and moving back and forth between the ocean and land as the seasons changed.

On one such visit, Em wonders about the mystery of a nearby mountain and the life that lay beyond it. While his friends and the elders of the tribe discourage and make him realize the risk involved in moving to a new unknown place, a feat never accomplished by another penguin, Em who initially withdraws this idea. However, after a freak incident, Em decides to rekindle his curiosity to explore the island and reach the mountain, all by himself. After a life of security and daily routine, will Em be able to accomplish the unthinkable and how will this journey change his life forms the rest of the story.

As the author mentions Penguins are known to be the most resilient creatures given the sort of environment they inhabit and their unique lifestyle. However, their resilience is confined only to daily survival and the story explores what life experiences one can expect when they go beyond their comfort zone. Though the story has been narrated by Em, it is evident that the author has chosen the protagonist as a Penguin while the whole narrative could as well be of a human.

Em’s dilemmas, insecurities, fears — all reflect what we go through on a daily basis; when we set out to achieve our dreams and goals which seem unrealistic at the outset, mocked by those around us but are achievable only through patience and perseverance. The author smartly wraps a self-help book in a fictional setup; the USP being the story being centered around an animal which is not always considered for a story premise.

The editing could have been better as there are couple of grammatical mistakes. The story starts slow and takes a while to pick pace; the cover is impressive and relevant for the story. The message delivered through Em however makes up for other short comings.

An inspirational story, narrated in simple words, this story is relatable by all ages and is a heart-warming one.
Read more
Helpful
Report abuse

Apurba Ganguly
4.0 out of 5 stars A well-researched premise
Reviewed in India on 18 December 2020
Verified Purchase
The Emperor is a bestial allegory that traces the aspirations and experiences of a human being. I loved reading this book for two particular reasons – the intense research involved in developing the premise of the book, and the fact that the protagonist is a penguin.
If I were to list down the various themes present in The Emperor, then it would include the usual ideas that I have read and raved about in almost every book review this year – dreams, reality, hopes, despair, regret, insecurity, faith, and the list goes on. In short, it is the same old bunch of themes that most of the new Indian authors nowadays explore. Yet, The Emperor stands apart from the general lot for one particular reason – the structure. A text, whether prose or poem or play, is made up of the themes it upholds, the structure in which the themes are presented, and the language in which all these are conveyed. And The Emperor ticks off the first two points for sure. Considering the fact that it is a novella, The Emperor makes the most from the span of a mere 130+ pages. The book quite wonderfully superimposes the internal turmoil of a human being with that of a penguin. Or, you can also interpret it as a book that narrates a very human experience, through the perspective of a penguin. To be precise, it works both ways, and we have come across similar kinds of bestial fiction, in Perumal Murugan’s Poonachi and Barry Cheema’s Your Destination Has Arrived (though the concept is reversed, in this case). Most importantly, however, I was awestruck by the magnitude of the book’s premise. Set in the snow-scape of Antarctica, the very plot itself testifies the author’s study of the geography of this desolate continent.
However, while The Emperor does quite well as far as thematic features and structure is concerned, the language was not up to the mark. In some parts of the book, The Emperor seemed to have a lacklustre style of writing. There were some inconsistencies in the narratorial aspect as well. Yet, I might as well excuse it as a slight wrinkle in this grand design of a wonderful story. I look forward to more such stories of hope, motivation, and belief.
I convey my best wishes to the author for his future endeavours.
Read more
Helpful
Report abuse
See all reviews
Back to top
Get to Know Us
Connect with Us
Make Money with Us
Let Us Help You
EnglishChoose a language for shopping.
© 1996-2021, Amazon.com, Inc. or its affiliates