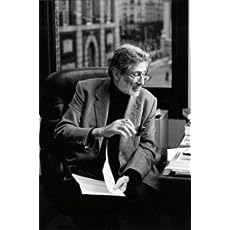 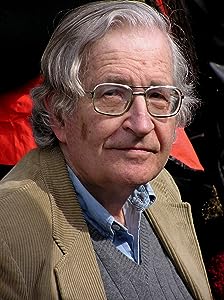 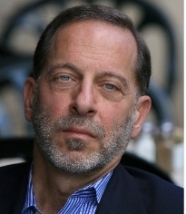 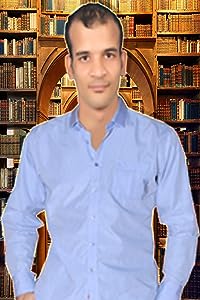 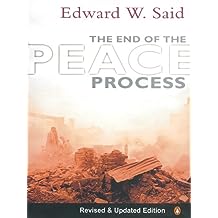 The End Of The Peace Process 12 Dec, 2002
by Edward W Said
( 4 )
₹ 332.50 ₹ 472.50
You Save: ₹ 140.00(30%)
The End Of The Peace Process is a new edition of Edward Said's passionate critique of the Oslo Accord and its aftermath, updated to include around twenty new essays about the events of 2000-1. Said brilliantly analyses the deficiencies of Oslo, and the reasons why the subsequent Middle East peace process failed so disastrously. His criticism of the Accord has proved acutely prescient; but he retains hope, writing in an impassioned new introduction about the growing non-violent, secular Palestinian movements, and calling for those on the Israeli, European and American left to support it.
Read more
Other Formats: Paperback
inclusive of all taxes 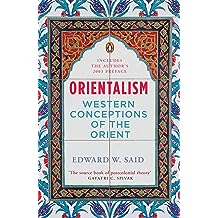 In this highly acclaimed seminal work, Edward Said surveys the history and nature of Western attitudes towards the East, considering Orientalism as a powerful European ideological creation—a way for writers, philosophers and colonial administrators to deal with the ‘otherness’ of Eastern culture, customs and beliefs. He traces this view through the writings of Homer, Nerval and Flaubert, Disraeli and Kipling, whose imaginative depictions have greatly contributed to the West’s romantic and exotic picture of the Orient. In the Afterword, Said examines the effect of continuing Western imperialism. 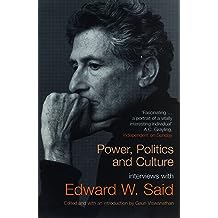 In these twenty-nine interviews, Said addresses everything from Palestine to Pavarotti, from his nomadic upbringing under colonial rule to his politically active and often controversial life in America, and reflects on Austen, Beckett, Conrad, Naipaul, Mahfouz and Rushdie as well as fellow critics Bloom, Derrida and Foucault.

Said speaks here with his usual candour, acuity and eloquence - confirming that he was in his lifetime among the truly most important intellects of our century. 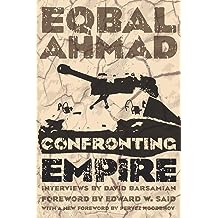 Edward W. Said once urged the legendary Eqbal Ahmad not to "leave your words scattered to the winds, or even recorded on tape, but collected and published in several volumes for everyone to read. Then those who don't have the privilege of knowing you will know what a truly remarkable, gifted man you are." In these intimate and wide-ranging conversations, Ahmad discusses nationalism, ethnic conflict, the politics of memory, and liberation struggles around the world.

David Barsamian is the award-winning founder and director of Alternative Radio.

Pervez Amirali Hoodbhoy is a Pakistani nuclear physicist, essayist and political-defence analyst. He is also a prominent environmental and social activist and regularly writes on a wide range of social, cultural and environmental issues. Hoodbhoy lives in Islamabad, Pakistan. 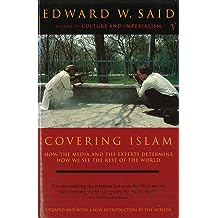 From the Iranian hostage crisis through the Gulf War and the World Trade Centre bombing, the West has been haunted by a spectre called 'Islam'. As portrayed by the news media - and by a chorus of government, academic and corporate experts - 'Islam' is synonymous with terrorism and religious hysteria. At the same time, Islamic countries use Islam to justify unrepresentative and often oppressive regimes.

In this landmark work, for which he has written a new introduction, one of our foremost public thinkers examines the origins and repercussions of the media's monolithic images of Islam. Combining political commentary with literary criticism, Edward Said reveals the hidden assumptions and distortions of fact that underlie even the most 'objective' coverage of the Islamic world. 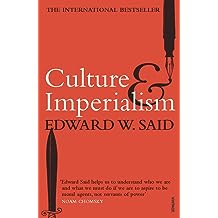 Culture and Imperialism 7 Aug, 2014
by Edward W Said
( 195 )
₹ 300.31 ₹ 534.45
You Save: ₹ 234.14(44%)
Following his profoundly influential study, Orientalism, Edward Said now examines western culture. From Jane Austen to Salman Rushdie, from Yeats to media coverage of the Gulf War, Culture and Imperialism is a broad, fierce and wonderfully readable account of the roots of imperialism in European culture.
Read more
Other Formats: Audible Audiobook , Hardcover , Paperback
inclusive of all taxes 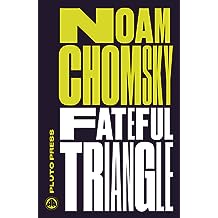 'One of the most important intellectuals alive' Independent

One of Noam Chomsky’s most important and renowned works, Fateful Triangle is a devastating indictment of American and Israeli foreign policy which covers a sustained period of Middle East history from the formation of the State of Israeli to the Oslo Peace Accords. With a foreword by the late Edward Said, this powerful book belongs in the hands of anyone who wants a deep understanding of Israel and its relationship to Western power. 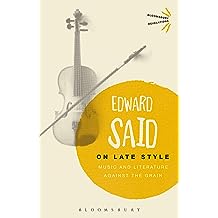 On Late Style: Music and Literature Against the Grain (Bloomsbury Revelations) 23 Feb, 2017
by Edward Said
( 17 )
₹ 392.35 ₹ 660.45
You Save: ₹ 268.10(41%)
On Late Style was the final published work of Edward Said, author of Orientalism and one of the most important cultural critics of the post-war era. Said explores the works of artists in their twilight years and find that these works are often rebellious rather than conservative, prophetic not nostalgic and creatively restless far more than they are complacent. Deftly ranging across literature, music, art and film and the works of such artists as Euripides, Beethoven, Mozart, Genet and Mann, On Late Style is a dazzling display from one of the great critics of the 20th century. The book includes a foreword by Mariam C. Said and an introduction by Michael Wood.
Read more
Other Formats: Kindle Edition , Hardcover , Paperback
inclusive of all taxes 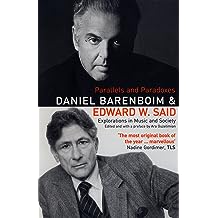 Parallels & Paradoxes: Explorations in Music and Society 8 Jul, 2014
by Daniel Barenboim , Edward Said
( 27 )
₹ 334.95
Israeli Daniel Barenboim, one of the finest musicians of our times, and Palestinian Edward Said, eminent literary critic and leading expert on the Middle East, have been close friends for years. Parallels and Paradoxes is a series of discussions between the two friends about music, politics, literature and society. Barenboim and Said talk about, among other subjects, the differences between writing prose and music; the compromising politician versus the uncompromising artist; Beethoven as the ultimate sonata composer, Wagner (Barenboim is considered by many to be the greatest living conductor of his work); great teachers; and the power of culture to transcend national differences. Illuminating and deeply moving, Parallels and Paradoxes is an affectionate and impassioned exchange of ideas.
Read more
Other Formats: Hardcover , Paperback
inclusive of all taxes 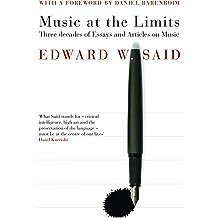 Music at the Limits 9 May, 2013
by Edward Said
( 9 )
₹ 334.95
Music at the Limits brings together three decades of Edward W. Said's essays on music. Addressing the work of a wide variety of composers and performers, Said analyses music's social and political contexts, and provides rich and often surprising assessments. He reflects on the censorship of Wagner in Israel; the relationship between music and feminism; and the works of Beethoven, Bruckner, Rossini, Schumann, Stravinsky and others. Always eloquent and often surprising, Music at the Limits reinforces Said's reputation as one of the most influential writers of the twentieth century.
Read more
Other Formats: Hardcover , Paperback
inclusive of all taxes 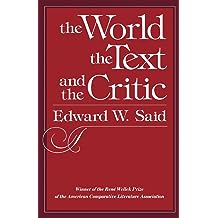 The World, the Text, and the Critic 19 May, 2018
by Edward W. Said
( 9 )
₹ 202.00
This extraordinarily wide-ranging work represents a new departure for contemporary literary theory. Author of Beginnings and the controversial Orientalism, Edward Said demonstrates that modern critical discourse has been impressively strengthened by the writings of Jacques Derrida and Michel Foucault, for example, and by such influences as Marxism, structuralism, linguistics, and psychoanalysis. He argues, however, that the various methods and schools have had a crippling effect through their tendency to force works of literature to meet the requirements of a theory or system, ignoring the complex affiliations binding the texts to the world.The critic must maintain a distance both from critical systems and from the dogmas and orthodoxies of the dominant culture, Said contends. He advocates freedom of consciousness and responsiveness to history, to the exigencies of the text, to political, social, and human values, to the heterogeneity of human experience. These characteristics are brilliantly exemplified in his own analyses of individual authors and works.Combining the principles and practice of criticism, the book offers illuminating investigations of a number of writers―Swift, Conrad, Lukács, Renan, and many others―and of concepts such as repetition, originality, worldliness, and the roles of audiences, authors, and speakers. It asks daring questions, investigates problems of urgent significance, and gives a subtle yet powerful new meaning to the enterprise of criticism in modern society.
Read more
Other Formats: Hardcover , Paperback
See purchase options 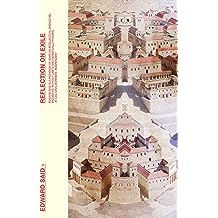 Reflections On Exile: And Other Literary And Cultural Essays 4 Jul, 2013
by Edward W. Said
( 19 )
₹ 773.16 ₹ 1,153.95
You Save: ₹ 380.79(33%)
With their powerful blend of political and aesthetic concerns, Edward W. Said's writings have transformed the field of literary studies. As in the title essay, the widely admired "Reflections on Exile," the fact of his own exile and the fate of the Palestinians have given both form and the force of intimacy to the questions Said has pursued. Taken together, these essays--from the famous to those that will surprise even Said's most assiduous followers--afford rare insight into the formation of a critic and the development of an intellectual vocation. Said's topics are many and diverse, from the movie heroics of Tarzan to the machismo of Ernest Hemingway to the shades of difference that divide Alexandria and Cairo. He offers major reconsiderations of writers and artists such as George Orwell, Giambattista Vico, Georg Lukacs, R. P. Blackmur, E. M. Cioran, Naguib Mahfouz, Herman Melville, Joseph Conrad, Walter Lippman, Samuel Huntington, Antonio Gramsci, and Raymond Williams. Invigorating, edifying, acutely attentive to the vying pressures of personal and historical experience, his book is a source of immeasurable intellectual delight.
Read more
Other Formats: Paperback
inclusive of all taxes