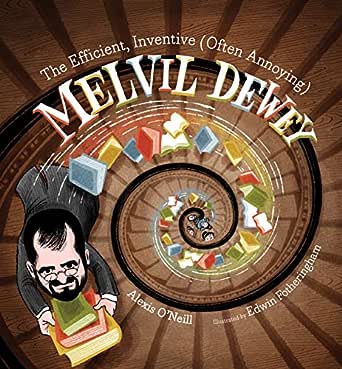 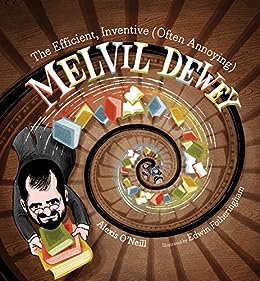 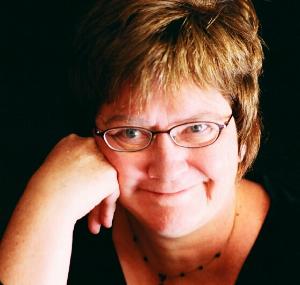 "This picture-book biography of Melvil Dewey quickly establishes his love for efficiency. Chronological snapshots from his life express his desire to use order to help others, from rescuing books from a burning school to, most notably, developing a consistent numbering system for organizing library books. While some applauded his determination, others found Dewey manipulative and controlling. Bold, capitalized words in the text and digital, caricatured illustrations emphasize both sides of his personality. An author’s note also considers the duality of Dewey’s legacy. Well organized and thought-provoking, like Dewey himself." —Booklist

"Expectations will be delightfully upended by O’Neill’s wry take on the—to put it charitably—single-minded Melvil Dewey. Rollicking humor dominates the text, but O’Neill gets serious in her endnotes, which comment on personality traits, professional practices, and bigotry that tarnished Dewey’s reputation and toppled him from his professional pedestal. And there’s a mini lesson on the structure of the DDC system as well, because inquiring minds might actually want to know." —The Bulletin of the Center for Children's Books

"O’Neill’s breezy biography caroms through Melvil Dewey’s quirks of efficiency—simplifying the spelling of his name, lecturing at '180 words per minute'—and achievements—advocating for public libraries, establishing the Dewey Decimal System, founding a school for librarians at Columbia, and educating women against the trustees’ will, among other things. Fotheringham’s crisp pictures...capture Dewey’s whirlwind energy, showing him on the move and transformed into a speeding train. Back matter includes a timeline, a breakdown of the Dewey Decimal System, and information on the figure’s other reforms." — Publishers Weekly

"Melvil Dewey, the white American librarian credited with creating the Dewey Decimal Classification, is depicted as equal parts brilliant and obnoxious. The breathless, run-on quality of O’Neill’s prose, combined with Fotheringham’s energetic digital illustrations, evoke a well-rounded portrait of a complicated man. This refreshingly honest title is recommended for collections where picture book biographies are in demand." —School Library Journal

"A panegyric for modern library science’s most renowned and despicable founder." —Kirkus Reviews  --This text refers to the hardcover edition.

Alexis O'Neill is the award-winning author of multiple picture books, including The Recess Queen, Loud Emily, and Calkins Creek's Jacob Riis's Camera and The Kite That Bridged Two Nations. She has been honored with the California Reading Association Dr. Marcus Foster Memorial Award for making significant and outstanding contributions to reading throughout California.

Edwin Fotheringham is the award-winning illustrator of many picture book biographies, including Full of Beans, Blue Grass Boy, What to Do About Alice?, and Those Rebels, John & Tom. He is also the illustrator of the "Tony Baloney" series by Pam Muñoz Ryan. Visit edfotheringham.com. --This text refers to the hardcover edition.

Amazon Customer
5.0 out of 5 stars Melvil Dewey helped libraries and readers
Reviewed in the United States on 18 January 2021
Verified Purchase
The cover of Alexis O’Neill’s new picture book biography, The Efficient, Inventive (Often Annoying) Melvil Dewey, shows him rushing up a spiral staircase, an apt image for someone who seems always wound up and spring-propelled. From childhood Melvil likes to organize things and he also loves books. That’s a job description for a librarian and he becomes one of the most famous ever. Determined to make libraries accessible to everyone, he invents a numerical scheme to classify nothing less than human knowledge—and his plan works. Libraries around the world adopt his Dewey Decimal System. Ever energetic, Melvil also starts a library school at Columbia University, invents library equipment, and simplifies English spelling. Along the way he offends women, Jews, and many others who believe in equal rights for all, but no one denies his drive or his accomplishments. O’Neill presents an amazing career in a compact, understandable tale, energetically illustrated by Edwin Fotheringham.
Read more
Report abuse

Amazon Customer
5.0 out of 5 stars Beautiful clever and oh so informative
Reviewed in the United States on 13 November 2020
Verified Purchase
I just got my copy of the Melvil Dewey book by Alexis O’Neill today… All of her books are so soulful and enjoyable and this one does not disappoint! Just ordered a second copy to give to my local library. Those of my generation all have a sense memory from the decimal system back in the day in our library‘s and I think it will be great to share with the younger generations! Thanks Alexis
Read more
Report abuse
See all reviews
click to open popover
Back to top
Get to Know Us
Connect with Us
Make Money with Us
Let Us Help You
EnglishChoose a language for shopping.
© 1996-2021, Amazon.com, Inc. or its affiliates