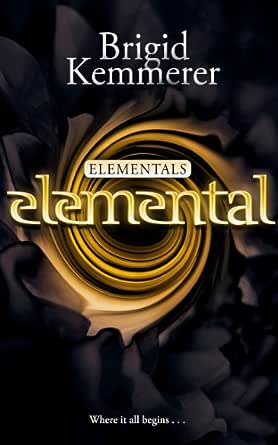 Subtotal ₹
Cart
View your cart
To add this eBook, remove any 1 eBook from your cart or buy the 25 eBooks present in the eBook cart
Review items in your cart
There was a problem adding this eBook to the cart
Kindle Edition
₹ 57.12

Other sellers and formats from ₹ 57.12 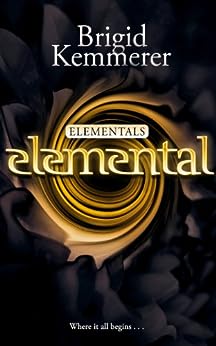 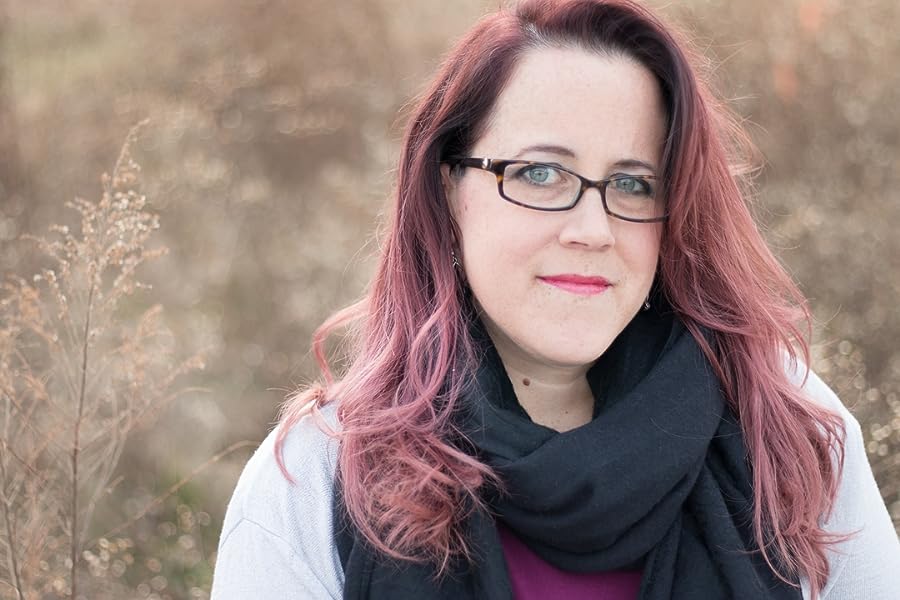 4.2 out of 5 stars
4.2 out of 5
87 global ratings
How are ratings calculated?
To calculate the overall star rating and percentage breakdown by star, we don’t use a simple average. Instead, our system considers things like how recent a review is and if the reviewer bought the item on Amazon. It also analyses reviews to verify trustworthiness.

Faye (A Daydreamer's Thoughts)
4.0 out of 5 stars Full of impact and emotion.
Reviewed in the United Kingdom on 21 August 2012
Verified Purchase
Starting with a Bang
It seems impossible to allow a reader to fall in love with characters in only fifty pages but Brigid Kemmerer managed just that in Elemental. The novella is short but is full of impact and emotion and it just pulls the reader straight into the story. It sets the scene, it begins it all and it really is just a brilliant way to get the readers interested in the story. It is a prequel that is not necessarily needed to be read but it is so enjoyable that I don't know why you'd want to miss it.

A Pull in the Air
The story that is in the novella is so cute to read. I could really get into both Emily and Michael's heads. I knew what they were thinking, why they were acting as they did and I just wanted to give them both hugs. I liked how it all came about, how things happened and just the way that it was the beginning of it all. If this had never happened then the events in Storm and Spark may never have happened either. This was the telling of the beginning and it was told so beautifully.

A Rustle of the Wind
Michael and Emily are brilliant characters. Even within 50 pages it was easy to see that they weren't flat and boring characters. They had lives and histories and depth. It wasn't easy, it wasn't laid out in front of them. They were both strong, stubborn and equally found it difficult to resist the emotions that ran through them. I loved them together and just felt that they were so made for each other. Seeing this side of Michael was really pleasant and I liked getting to know his character in this way.

The Storm is Coming
It leaves the story in such a cliff-hanger that I simply had to buy Storm straight away - but I had to wait for it to be released - what is that about? It is such a strong, emotional, interesting start to what is quickly becoming one of my favourite series to come out in 2012. I would urge you all to go and read this prequel if you haven't already - even if you've already read Storm. This is a prequel that is good to have read before Storm but works perfectly to read after it too. A nice reflection of what made it all start in the first place. I truly enjoyed this small prequel and think you should just take my advice and read it!
Read more
One person found this helpful
Report abuse

Julie B
4.0 out of 5 stars enjoyed it a lot
Reviewed in the United Kingdom on 31 July 2012
Verified Purchase
Well, this one was very short. To the point I was in no way ready for it to end. I just wanted it to keep going, to see what happened to Emily & Michael, because dayam is the reader left hanging at the end.

If this novella (or short, I guess) is a ploy to get readers to need to read on in the series, then congratulations, because the author has succeeded. This is definitely a great introduction to some of the character's in Kemmerer's Elemental world. I liked the two main character's a LOT. The writing has an easy simplicity to it that helps with the cadence of reading. It's full of conflict-romance, too, but without being overly mushy, which can sometimes happen in YA.

Though I'm left with quite a lot of questions: how their `powers' work because that isn't fully explained; the why and wherefore of it all isn't in here; I'm left unsure whether or not regular humans exist around these `special' folk, or of the hierarchical structure of it all and why certain families are expected to obey the requests of others/or stick to agreements made with them; there is evidently some kind of societal ladder and which rungs people belong on is obviously an important part of the world created here ...

So, yeah ... lots of questions. All of which I want answered. So I shall most definitely be reading on.
Read more
Report abuse

Sarah (Feeling Fictional)
3.0 out of 5 stars Elemental book 0.5
Reviewed in the United Kingdom on 8 October 2012
Verified Purchase
Elemental is a short story set five years before events in Brigid Kemmerer's debut novel Storm. It may only be a short story but it worked well as an introduction to the series and definitely left me keen to pick up Storm as soon as possible.

The story introduces us to powerful earth elemental Michael and air elemental Emily. Michael is so powerful that the other elemental families fear his abilities and worry that he could expose them all, they are so frightened of him that they would prefer to see him dead than let him live his life. Thanks to a deal made by his parents Michael is safe for now but only if he keeps to the conditions that his family agreed to. He doesn't want to cause trouble but the other elemental families will do anything to provoke him into breaking the truce. Emily's family have always warned her to stay away from Michael, in fact they have banned any kind of contact with him, but when they are thrown together due to circumstances out of their control the attraction between them is hard to resist.

I really enjoyed Elemental and am looking forward to continuing the series. We haven't been told much about the different elemental abilities yet so I can't wait to learn more. My main complaint about this story is that it ended on such a cliffhanger and from what I understand the story isn't picked up immediately in Storm. In fact Storm is about Michael's younger brother Chris so I'm a bit worried we won't get a full resolution to the events in Elemental. I am however looking forward to getting to know Michael's family better and I hope that we see more of him and Emily throughout the series.
Read more
2 people found this helpful
Report abuse

Heather @ Random Redheaded Ramblings
4.0 out of 5 stars Great start to the series
Reviewed in the United Kingdom on 14 April 2014
Verified Purchase
Its has been such a busy day today, the kids are on holiday driving me nuts and I am not getting any peace to read!!!

I have managed to sneak in this quick read, Elemental, the prequel to Book 1 in the Elemental series - Storm which is due out in the UK on the 17th April and I will be reviewing it later this week.

The series centres around the Merrick Brothers who have the power to control the elements, this book focuses on the older brother Michael and is set quite a bit before the events coming up in Storm.

Michael is an Earth Elemental and Emily is an Air Elemental, they need to stay away from one another, as Emily's family would quite happily see Michael six feet under.

Set during the Summer, it sees Emily working at a local sports centre where Michael keeps turning up, their hate relationship slowly grows from hate to friendship to something stronger, its a bit like Romeo and Juliet in that they shouldn't be together.

This is just a short novella but it packs a lot in to its 40 odd pages, and the ending?, well it ends abruptly, but good abruptly!

This is great book and set the scene nicely for Storm in which you will meet the Merrick brothers properly.

I award this book 4 out of 5!
Read more
Report abuse

Jo
5.0 out of 5 stars Awesome prequel!
Reviewed in the United Kingdom on 19 April 2012
Verified Purchase
Since hearing rave reviews of early copies, I have been dying to read Storm, the first book in this series. So when I heard that a prequel short story was being released as an ebook, I was super excited to read it!

Elemental is set five years before Storm, and I was assured by Brodie that reading this before Storm wouldn't spoil anything. Michael is a Pure Earth Elemental, meaning he has an awesome amount of power of the earth. If he doesn't keep a reign on his power, he can cause momentus damage, and even kill. The other Elementals in his area know this, and fear for their safety. One slip up could mean their lives. Everyone would be much safer if he was dead.

Since moving to the area, Michael has grown up knowing this is the way things are, and the only reason he's not already dead is because of the deals his parents made with the others. Money passed hands with the assurance Micheal will behave and stay away from all other Elementals. So when Emily starts a new summer job at a sports complex where Michael happens to use the batting cages, people get nervous - on both sides.

This is such a great story! A great set up for Storm to see the world these characters live in and the problems they face. The chemistry between Emily and Michael is electric, and you just want them to get together now, but there are so many problems. This story is told from both Michael and Emily's perspectives, so you can see their doubts, but you can also see their home lives, and how both sets of parents try to control their children. It's a hard world they both live in, and Michael's life is balancing on a knife edge. It's just a taster of what's to come, and I can't wait for Storm! Elemental ends on such a cliffhanger, and I want more now!

A brilliant short story, the beginning of what looks to be a fantastic series!
Read more
Report abuse
See all reviews
click to open popover
Unlimited FREE fast delivery, video streaming & more
Prime members enjoy unlimited free, fast delivery on eligible items, video streaming, ad-free music, exclusive access to deals & more.
> Get started
Back to top
Get to Know Us
Connect with Us
Make Money with Us
Let Us Help You
EnglishChoose a language for shopping.
© 1996-2021, Amazon.com, Inc. or its affiliates