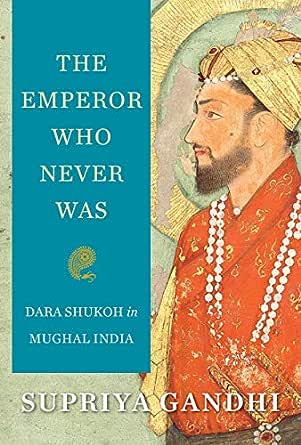 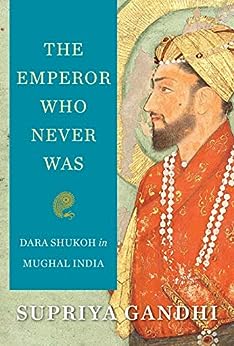 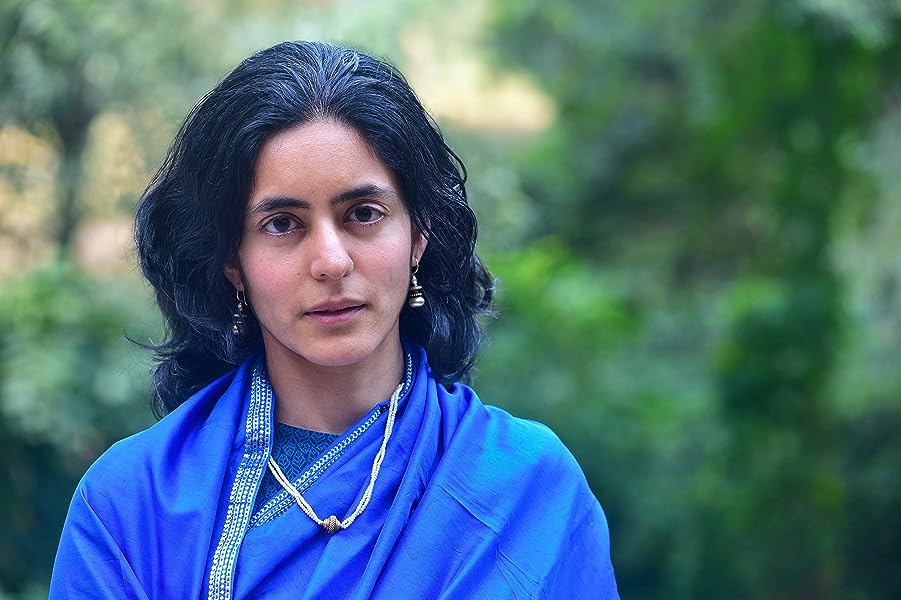 The Emperor Who Never Was: Dara Shukoh in Mughal India Kindle Edition

“The Emperor Who Never Was is that rarity: a work of deeply researched, painstaking historical scholarship that is also a model of fine writing and clear, flowing prose. Supriya Gandhi explores a wide web of original primary sources in a variety of languages to establish the facts about Dara Shukoh and separate, in the words of the Emperor Akbar, ‘the firm ground of truth from the marshy land of tradition.’ With this remarkable debut a huge new talent is born, and one who is likely to make as much of an impact in the world of literature as she already has done in the world of academe.”€•William Dalrymple, author of The Anarchy: The East India Company, Corporate Violence, and the Pillage of an Empire

“Supriya Gandhi has restored Dara Shukoh to his much-deserved magnificence. The prince we imagined we knew now comes alive in a world of overlapping Indian and Islamic splendor€•the Mughal court in all its beauty, sanctity, precarity, and danger.”€•Ruby Lal, author of Empress: The Astonishing Reign of Nur Jahan

“Beautifully written and thoroughly researched, Supriya Gandhi’s biography brings Dara Shukoh alive within his own historical context. The remarkable story of the ‘emperor who never was’ provides crucial perspectives on kingship in Mughal India and on controversies shaping modern South Asian history.”David Gilmartin, author of Blood and Water

“Dara Shukoh or Aurangzeb? India, the very idea of it, at a fateful crossroad: Could a philosopher be a king, could blind imperial ambition be any less fanatical? In her beautifully conceived, full-dress biography of the legendary Mughal prince, Supriya Gandhi has mastered the fine art of storytelling with the rare gift of historiography. This is the drama of a nation on a historic precipice, told with impeccable verve and confidence. A joy to read, the masterstroke of a brilliant scholar.”€•Hamid Dabashi, author of The Shahnameh: The Persian Epic as World Literature and Persophilia: Persian Culture on the Global Scene

“Based on a wide range of primary sources, Gandhi has produced an excellent work on the life and times of one of the most fascinating Mughals.”€•Wheeler M. Thackston, translator of The History of Akbar and The Baburnama: Memoirs of Babur, Prince and Emperor

Supriya Gandhi is a historian of Mughal India and Senior Lecturer in Religious Studies at Yale University. She grew up in India, received her Ph.D. from Harvard University, and also studied in Iran and Syria. She is a recipient of fellowships from the Fulbright and Mellon foundations

4.7 out of 5 stars
4.7 out of 5
8 customer ratings
How does Amazon calculate star ratings?
Amazon calculates a product's star ratings based on a machine learned model instead of a raw data average. The model takes into account factors including the age of a rating, whether the ratings are from verified purchasers and factors that establish reviewer trustworthiness.

Vivek Tejuja
5.0 out of 5 stars Must-Read
Reviewed in India on 30 January 2020
Verified Purchase
I have been afraid of history books. Reads that somehow seem to take a lot of time to process and take a lot from me as a reader. That’s the perception I had for the longest time of history books. Till I read Dalrymple, Thapar, Manu S. Pillai, and now a recent addition, Supriya Gandhi’s, “The Emperor Who Never Was: Dara Shukoh in Mughal India”.

This is a fascinating read. It reads like a novel. It reads easy. It speaks of Shukoh, of whom less is written, much less spoken of. A fascinating look of a family, the succession to the throne, and the politics that happened in its wake. Dara died at the hands of his younger brother Aurangzeb, and that forever changed the course of South Asian History. Let me speak more about the book.

Shukoh was the eldest son of Shah Jahan, the fifth Mughal emperor. The Mughals did not practice the concept of primogeniture (the right of succession passed to the firstborn). How did Aurangzeb ascend to the throne and what happened to Dara, and Shahjahan’s other children is what the book is about.

I was enthralled by the writing. Like I said, Gandhi’s writing is very accessible and doesn’t seem heavy at all. There was not a single place in the book that seemed forced or unwanted. Every detail of the family, to what the siblings felt, to Dara’s sense of being, and Aurangzeb’s personality (sometimes misunderstood as well) was perfectly laid out.

Supriya Gandhi almost gets into the skin of Shukoh - the man he was, how he embraced Sufism, and yet he wasn't without his own flaws. She transports the reader to a land of constant conflict and gives us a biography that is balanced - there is no bias of any kind and she doesn't take sides. She presents history the way it happened.

We live in times when politicians in India (some of them) are out to erase the history of this nation. The Emperor Who Never Was by Supriya Gandhi reclaims history and gives us a complex, nuanced biography of a man who was not known at all, and also of a family that was different and always at loggerheads with each other. Read the book to know more. Read the book and educate yourself. We live in times, where a good open perspective is always needed.

Somnath
3.0 out of 5 stars Not for everyone!
Reviewed in India on 2 April 2020
Verified Purchase
I found this book via twitter recommendations and also in some best of the year lists. Naturally therefore I had high hopes from it even before I started. My rating of 3 stars probably tells you that I was neither unhappy nor overjoyed with this purchase.
If are looking for an academic approach to who Dara sukoh was, what all writings exist of him or about him from that period. Then this can be a great reference book.
However, of the 257 pages almost 100 pages are simply about Sufism, it's beliefs, all the symbolism it involves etc etc. Honestly it really becomes very tiresome and boring.
Definitely not for a lay reader wanting to know about Dara.
But then, unlike few other books on him, it is based only of available texts and neatly referenced.
So u decide ☺️
Read more
Helpful
Comment Report abuse

Dr Nakul Mittal
5.0 out of 5 stars A must read for everyone
Reviewed in India on 18 January 2020
An excellent book vividly describing the Mughals and since the focus is on Dara Shukoh, that has been done very nicely. A great book and I would suggest everyone to read it. Its very important that the good parts of our history should be understood and passed on.
Read more
7 people found this helpful
Helpful
Comment Report abuse
See all reviews from India
click to open popover
Unlimited FREE fast delivery, video streaming & more
Prime members enjoy unlimited free, fast delivery on eligible items, video streaming, ad-free music, exclusive access to deals & more.
> Get started
Back to top
Get to Know Us
Connect with Us
Make Money with Us
Let Us Help You
EnglishChoose a language for shopping.
© 1996-2020, Amazon.com, Inc. or its affiliates