Escargot and over 2 million other books are available for Amazon Kindle . Learn more
Share
Have one to sell?
Sell on Amazon 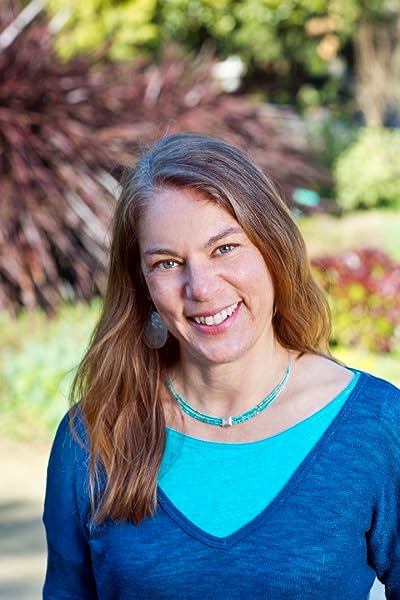 "Say bonjour to your new favorite animal, the garden snail!...In Hanson’s soft, cartoonish illustrations, Escargot’s hammy expressions are perfectly in keeping with his gently boastful narrative. Give this charming read-aloud a little extra joie de vivre by reading it in your best French accent." ―Booklist

"A charming little French snail takes center stage as it entices a child to share a meal.It's hard to imagine an escargot heading toward a salad as destined to be anything other than part of the dish, but this engaging snail upends convention...An unusual, tongue-in-cheek aid to getting children to eat a disliked food―even the dreaded carrot."―Kirkus Reviews

"Escargot’s voice is parfait, an airy blend of ego and need masterfully balanced in witty and well-turned sentences that leave plenty of room for audiences to get the joke...Trim, controlled pencil and watercolor art gives Escargot the inevitable French sailor’s shirt, neckerchief, and teeny beret, but the jaunty guy’s wide, sincere eyes reveal the depth of his yearning snail soul―and make for some great comic faces." ―Bulletin of the Center for Children's Books, starred review

Dashka Slater is the New York Times-bestselling author of The 57 Bus, which won the Stonewall Book Award and was a YALSA nonfiction finalist. Her fiction includes The Book of Fatal Errors which was an Amazon Best book of the Month, the picture book Escargot, which won the Wanda Gag Book Award; Baby Shoes; The Antlered Ship, which was a Junior Library Guild Selection and received four starred reviews; and Dangerously Ever After. She is also an award-winning journalist whose articles have appeared in Newsweek, Salon, The New York Times Magazine, and Mother Jones. She lives in California. dashkaslater.com

Sydney Hanson is a children's book illustrator living in Sierra Madre, California. Her picture books include Escargot (Dashka Slater), Five Fuzzy Chicks (Diana Murray), Warts and All (Lori Haskins Houran), and How Do You Go to Sleep? (Kate McMullan). Hanson works in a combination of traditional and digital media to create her illustrations―her favorites are watercolor and colored pencil. She loves the outdoors and is a certified naturalist who spends most of her spare time poking around the woods with her Labrador retriever, Cash. Follow her on Instagram too see all of her latest animals and illustrations!

Start reading Escargot on your Kindle in under a minute.

4.9 out of 5 stars
4.9 out of 5
462 global ratings
How are ratings calculated?
To calculate the overall star rating and percentage breakdown by star, we don’t use a simple average. Instead, our system considers things like how recent a review is and if the reviewer bought the item on Amazon. It also analyses reviews to verify trustworthiness.

Gill D
5.0 out of 5 stars Love this book!
Reviewed in the United Kingdom on 19 October 2018
Verified Purchase
What a fabulous book! As other’s had suggested, I read it in a French accent. Such fun and the children adored it, asking for it again and again.
Read more
Report abuse

Ms. G. G.
5.0 out of 5 stars One of the best book I've recently bought
Reviewed in the United Kingdom on 19 August 2017
Verified Purchase
Beautiful book.
The snail character si lovely and charming and the story is very catchy.

Tammie Lyn Schiller
5.0 out of 5 stars Great book! Speedy delivery
Reviewed in Canada on 30 September 2020
Verified Purchase
What an amazing book! Must have. Funny cute story. Great art. Captivating from page one with my granddaughter! Book delivered very quickly
Read more
Report abuse
See all reviews
Unlimited FREE fast delivery, video streaming & more
Prime members enjoy unlimited free, fast delivery on eligible items, video streaming, ad-free music, exclusive access to deals & more.
> Get started
Back to top
Get to Know Us
Connect with Us
Make Money with Us
Let Us Help You
EnglishChoose a language for shopping.
© 1996-2020, Amazon.com, Inc. or its affiliates