Flip to back Flip to front
Listen Playing... Paused   You're listening to a sample of the Audible audio edition.
Learn more.
See all 7 images 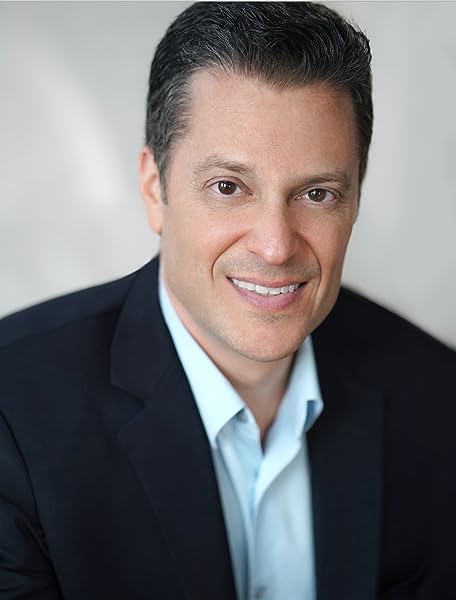 by Jeremy Arnold (Author)
4.7 out of 5 stars 210 ratings
See all formats and editions
Sorry, there was a problem loading this page. Try again.
10 Days Replacement Only
Read more Read less
Previous page
Next page

“Film historian and author Arnold (Christmas in the Movies) returns for a second bite at the classics apple with this delightful sequel to 2016’s The Essentials: 52 Must-See Movies and Why They Matter… Arnold’s knowledge is vast, and the joyful tone of his sprightly writing is infectious. With a foreword by current TCM host Ben Mankiewicz, an index and an extensive bibliography, and a list of all the films screened on The Essentials, this book will please film buffs of all ages and levels of cinema knowledge.”―Library Journal starred review

"As in the first collection of essays, Jeremy Arnold provides background information and perspective on each title, while the publisher frames all of this in a handsome package with carefully-chosen stills....You can't go wrong revisiting any of [these] movies and you'll enjoy rekindling thoughts and memories of them in this appealing and well-written survey."―Leonard Maltin, film critic and historian

“A clear and concise breakdown of why these movies are worth your time… This is the perfect gift for someone that wants to get into classic movies but has no idea where to start.”―Journeys in Classic Film

“A sequel that is better than the original.”―DVD Corner

A tie-in with the popular Turner Classic Movies series and a new edition of a TCM Library favorite, The Essentials Vol. 2 presents an even more intriguing, engrossing, and outstanding collection of must-see movie viewing.

Jeremy Arnold is a film historian, commentator, and author of Turner Classic Movies: The Essentials and Christmas in the Movies: 30 Classics to Celebrate the Season. His writing has appeared in Variety, the Hollywood Reporter, Moviemaker, and the Directors Guild of America magazine, and he has recorded audio commentaries for the Blu-ray or DVD releases of numerous vintage films. He lives in Los Angeles.
Read more

Start reading The Essentials Vol. 2 on your Kindle in under a minute.

4.7 out of 5 stars
4.7 out of 5
210 global ratings
How are ratings calculated?
To calculate the overall star rating and percentage breakdown by star, we don’t use a simple average. Instead, our system considers things like how recent a review is and if the reviewer bought the item on Amazon. It also analyses reviews to verify trustworthiness.
Top reviews

Casey
5.0 out of 5 stars Loved Every Page. Can’t Wait For a Third!
Reviewed in the United States on 22 October 2020
Verified Purchase
If you read the previous essentials book from TCM then you know what your getting into. It’s a marvelous book full of great information and even better movies ranging from the 20s to the 80s. It’s got informative and entertaining insight on brilliant classics such as High Noon, Rashomon, Psycho, The Bridge on the River Kwai, Harlan County USA, Field of Dreams, The Maltese Falcon, The Sting and many more. If you loved the last book or need a new viewing guide, this book is perfect for you. This is a great sequel to the last book and I can’t wait for a third!!
Read more
6 people found this helpful
Report abuse

C. M Mills
4.0 out of 5 stars 52 more essential films will take you away from these stressful time for movie magic time!
Reviewed in the United States on 18 November 2020
Verified Purchase
52 More Must-See Movies and Why Thy Matter is the sequel to Jeremy Arnold's 2o17 on Must See Movies. These films have all been showcased in TCM's Essentials series. Of the over 300 movies shown in the series Arnold has selected 52 more films to discuss. The first movie under scrutiny is Murnau's Sunrise from 19278 and the latest in chronological order is Field of Dreams from 1989. Each film is celebrated in beautiful photos, a cast listing, a short article on why it is an essential , quotes from Esseintial hosts and a what to look for suggestion. This is a beautiful and fun to read book which is an excellent gift for anyone who loves TCM and classic films. A winner deserving of a fan appreciation Oscar!
Read more
3 people found this helpful
Report abuse

Kindle Customer
5.0 out of 5 stars Another great book from the TV Library
Reviewed in the United States on 24 October 2020
Verified Purchase
TCM is indeed a treasure and if you haven't read any of their books, do yourself a favor and try one. The films in both volumes are, indeed, essentials. I can't wait for volume 3!
Read more
5 people found this helpful
Report abuse

Larry David Wilson
5.0 out of 5 stars Jeremy Arnold’s book is an essential must-read for movie lovers…and others
Reviewed in the United States on 8 March 2021
Verified Purchase
Any fan of Turner Classic Movies should know the name Jeremy Arnold. Such a fan might have even seen him on the channel. His name is entwined with a long-term series entitled The Essentials, which presents films (uncut and commercial-free, of course) judged by the TCM staff to be must-see movies for the cinematic aficionado. The book under review here is the second volume of 52 essential films, published in 2020. The foreword was written by Ben Mankiewicz, one of the two people most closely associated with Turner Classic Movies. The other person is, of course, Robert Osborne, who wrote the foreword for the first volume. I am still mourning Robert Osborne, who walked off the set in 2017. For me, he epitomized TCM, but Ben Mankiewicz is a very capable and personable replacement for a man who, in reality, is irreplaceable. The second Arnold volume, however, is just as mesmerizing as was the first. As I was reading this book, I kept thinking, “Why was this film not in the first volume. It seems like such an obvious first choice.” Yes, Casablanca was included in the first volume, but The Maltese Falcon is in the second one. Many other pairings like this one could be mentioned and it would be fun to mention them here, but my main hope is that I can enthuse cinephiles to pick up the first volume, read it, and then play a guessing game about which films were chosen for the second volume and see what the resulting score is. Both books cover much of the same time span, expectedly beginning in the Silent Era, with Metropolis (1927) and Sunrise in the same year and ending with This is Spinal Tap (1984) in the first volume and Field of Dreams (1989) in the second. The same chapter layout is used in both volumes, which is consistently intriguing. Each treatment begins with a list of credits, including the director, producer(s), and screenplay author(s). The film company, year of release, running length, and whether black & white or color are indicated, as well as a capsule of the film storyline. Then, Arnold explores why he thinks the film is essential and for what the viewer should watch. In addition, commentary is offered by the TCM host and the invited co-host. Finally, each chapter is decorated with a selection of images from the film, including often the initial poster. Nicely enough, even with films released in color, the photographic images are often in black and white. I found that no matters how many times I might have seen a given film or how much I had read about it previously, there was something interesting to learn, pointed out by Arnold. So, am I recommending you buy this book? Oh, yeah. And don’t forget to buy the first volume at the same time.
Read more
One person found this helpful
Report abuse

Ronald
5.0 out of 5 stars Excellent addition to Volume 1!
Reviewed in the United States on 18 December 2020
Verified Purchase
I already have The Essentials Vol. 1. As a classic movie buff (TCM is my favorite cable channel), I was curious about additional Essential movies! I only wish you would add "The Wizard of Oz"'to the list. Many of these films are on my very large list of must see movies!
Read more
2 people found this helpful
Report abuse
See all reviews
Back to top
Get to Know Us
Connect with Us
Make Money with Us
Let Us Help You
EnglishChoose a language for shopping.
© 1996-2021, Amazon.com, Inc. or its affiliates