Everyone's a Aliebn When Ur a Aliebn Too: A Book and over 2 million other books are available for Amazon Kindle . Learn more
Share

Flip to back Flip to front
Listen Playing... Paused   You're listening to a sample of the Audible audio edition.
Learn more.
See all 7 images 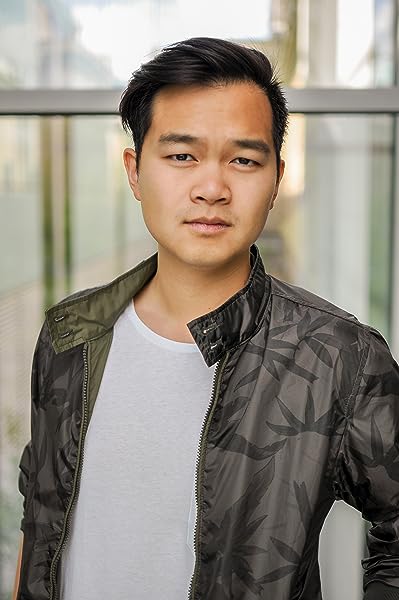 “Jomny Sun’s incredible writing knocks you to the floor, breathless, then scoops you up and gives you a kiss where it hurts before it occurs to you to cry. Read this book only if you want to feel more alive.” (Lin-Manuel Miranda)

“Jomny Sun has created a frightened, hopeful view of Life As We Know It from the perspective of a weirdly relatable alien intelligence. Fantastic.” (Patton Oswalt)

“This book is funny and sad, simple and complex, badly spelled and beautifully written. Jonmy Sun gets more out of a panel than most do out of a page, revealing obvious yet hidden truths as only someone one step out of step could.” (Joss Whedon)

Jonathan Sun is the author behind @jonnysun. When he isn't tweeting, he is an architect, designer, engineer, artist, playwright and comedy writer. His work across multiple disciplines is concerned with narratives of human experience. As a playwright, Jonathan's work has been performed at the Yale School of Drama, Factory Theater in Toronto, Hart House Theater, Theater Lab in Toronto, and the University of Toronto Drama Festival (where he received the President’s Award for Best Production). As an artist and illustrator, his work has been commissioned by the New Haven ArtSpace, and exhibited at MIT, the Yale School of Architecture, and the University of Toronto. His comedic work has appeared in NPR, BuzzFeed, Playboy, GQ, and McSweeney’s. He is currently a doctoral student at MIT and a Berkman Klein Fellow at Harvard.

Start reading Everyone's a Aliebn When Ur a Aliebn Too: A Book on your Kindle in under a minute.

noumenon
5.0 out of 5 stars One of the most beautiful and profound books I've read!
3 April 2018
Format: Kindle EditionVerified Purchase
I'm so glad I read this book. With the simplest of illustrations, the author beautifully illuminates the deepest truths of life. Sometimes with his own whacky twist on classic Zen koans like this: "If a tree falls in a forest and nobody hears it, perhaps the tree wanted to fall simply to fall, and not to show itself falling." Humorous, poignant and heartwarming book. Can't recommend it enough.

Srinivas Ganesh
5.0 out of 5 stars Lovely Book!
23 October 2018
Format: HardcoverVerified Purchase
This is an amazing book by Johnny Suns. Teaches the reader the meaning of life with subtle and very down to earth examples of how to be happy and how to live our life happily! Very glad I found it on amazon!
Read more
One person found this helpful
Helpful
Comment Report abuse

Tam_the_med_bookie
2.0 out of 5 stars Written and illustrated for NOTHING.
12 July 2019
Format: Hardcover
This was so damn boring for such an illustrated, easy read.
It was supposed to be cute and insightful.
But it was really BORING.
The illustrations and the script were really annoyingly bad.
What's with that pot belly of the alien?
And cannot it move or stand at all because of it?!

And the alien was supposed to meet with humans. And it meets with a snail, a bear and other animals and a tree.
Like seriously?!

And reporting back to the team at his home planet like..... Nothing.

I really wanted to love this one🤦
Read more

Sayali!
5.0 out of 5 stars Adorable,funny, heartwarming, sad, and thought provoking all at once!
13 March 2019
Format: Hardcover
This was delightful read.
It's like philosophy meets self help meets a whole lot of puns. It also packs in and covers a lot of interesting topics. Literally one of the most precious book of mine.
Read more

Go to Amazon.com to see all 462 reviews 4.9 out of 5 stars
Unlimited FREE fast delivery, video streaming & more
Prime members enjoy unlimited free, fast delivery on eligible items, video streaming, ad-free music, exclusive access to deals & more.
> Get started
Back to top
Get to Know Us
Connect with Us
Make Money with Us
Let Us Help You
EnglishChoose a language for shopping.
© 1996-2020, Amazon.com, Inc. or its affiliates