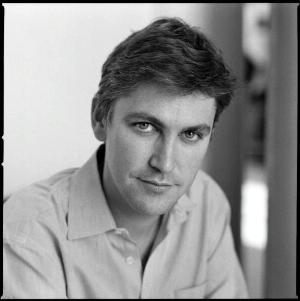 Everything Bad is Good for You: How Popular Culture is Making Us Smarter Paperback – 6 April 2006

by Steven Johnson (Author)
4.3 out of 5 stars 144 ratings
See all formats and editions
Sorry, there was a problem loading this page. Try again.
FREE delivery: Friday, Oct 29 Details

Bank Offer (12): 10% Instant Discount up to INR 1500 on Axis Bank Credit Card Transactions. Minimum purchase of INR 5000 See All
No Cost EMI: Avail No Cost EMI on select cards for orders above ₹3000 Details
Cashback: 10% back up to ₹100 on using Amazon Pay UPI to pay for your shopping transaction. No minimum order value. Valid once per customer during the offer period, applicable only on the Amazon app. Details
Partner Offers: Get GST invoice and save up to 28% on business purchases. Sign up for free Details
See 2 more
Pay on Delivery
10 Days Replacement Only
Amazon Delivered
No-Contact Delivery
What is Pay on Delivery (Cash/Card)?
Pay on Delivery (Cash/Card) payment method includes Cash on Delivery (COD) as well as Debit card / Credit card / Net banking payments at your doorstep.
Amazon Delivered
Amazon directly manages delivery for this product. Order delivery tracking to your doorstep is available.
No-Contact Delivery

Steven Johnson is the US bestselling author of Where Good Ideas Come From, Future Perfect, The Invention of Air, The Ghost Map, and Everything Bad Is Good for You. He is the founder of a variety of influential websites and has written for Time, Wired, The New York Times and The Wall Street Journal.
Start reading Everything Bad is Good for You on your Kindle in under a minute.

Steven Johnson is the best-selling author of seven books on the intersection of science, technology and personal experience. His writings have influenced everything from the way political campaigns use the Internet, to cutting-edge ideas in urban planning, to the battle against 21st-century terrorism. In 2010, he was chosen by Prospect magazine as one of the Top Ten Brains of the Digital Future.

His latest book, Where Good Ideas Come From: The Natural History of Innovation, was a finalist for the 800CEORead award for best business book of 2010, and was ranked as one of the year’s best books by The Economist. His book The Ghost Map was one of the ten best nonfiction books of 2006 according to Entertainment Weekly. His books have been translated into more than a dozen languages.

Steven has also co-created three influential web sites: the pioneering online magazine FEED, the Webby-Award-winning community site, Plastic.com, and most recently the hyperlocal media site outside.in, which was acquired by AOL in 2011. He serves on the advisory boards of a number of Internet-related companies, including Meetup.com, Betaworks, and Nerve.

Steven is a contributing editor to Wired magazine and is the 2009 Hearst New Media Professional-in-Residence at The Journalism School, Columbia University. He won the Newhouse School fourth annual Mirror Awards for his TIME magazine cover article titled "How Twitter Will Change the Way We Live." Steven has also written for The New York Times, The Wall Street Journal, The Nation, and many other periodicals. He has appeared on many high-profile television programs, including The Charlie Rose Show, The Daily Show with Jon Stewart, and The NewsHour with Jim Lehrer. He lectures widely on technological, scientific, and cultural issues. He blogs at stevenberlinjohnson.com and is @stevenbjohnson on Twitter. He lives in Marin County, California with his wife and three sons.

4.3 out of 5 stars
4.3 out of 5
144 global ratings
How are ratings calculated?
To calculate the overall star rating and percentage breakdown by star, we don’t use a simple average. Instead, our system considers things like how recent a review is and if the reviewer bought the item on Amazon. It also analyses reviews to verify trustworthiness.
Top reviews

Saba Siddiqi
5.0 out of 5 stars Fantastic book which presents a whole new way of looking ...
Reviewed in the United Kingdom on 7 January 2016
Verified Purchase
Fantastic book which presents a whole new way of looking at modern day media. I didn't even realize that such a unique perspective would have existed. I've read FAR too many books and articles that all cry about the modern day trash that is television, video games and franchise movies, so it was a genuine pleasure to see a book analyzing the evolution and growing complexities of these mediums. The observations, analysis and evidence were soundly compelling and persuasive... and the writing itself was smooth, engaging and interesting. This book should be put on the list for 'recommended reading' for all Media and Communications university students.
Read more
Report abuse

VWA Lane
2.0 out of 5 stars Interesting but unconvinced
Reviewed in the United Kingdom on 18 September 2016
Verified Purchase
I remain unconvinced by the central tenet of his argument. He seems to ignore the vast swathe of largely mindless pap which fills the airways and focuses on a narrow band of high quality drama and comedy. Would he really argue that modern TV documentary series are better than the likes of Jacob Bronowski's "Ascent of Man" or Alistair Cooke's "America" Interesting idea but unsupported by evidence as far as I can see.
Read more
2 people found this helpful
Report abuse

giraffe
3.0 out of 5 stars An interesting spin
Reviewed in the United Kingdom on 3 March 2013
Verified Purchase
Great idea of a book to look at new media from a different perspective, although I found it quite repetitive.
Could have been much more concise, I found myself scanning and skipping.

S. Marklew
5.0 out of 5 stars Five Stars
Reviewed in the United Kingdom on 25 October 2017
Verified Purchase
Arrived in good time and the book is great!
Read more
Report abuse

Amazon Customer
5.0 out of 5 stars Five Stars
Reviewed in the United Kingdom on 31 July 2017
Verified Purchase
As described and fast delivery
Read more
Report abuse
See all reviews
Back to top
Get to Know Us
Connect with Us
Make Money with Us
Let Us Help You
EnglishChoose a language for shopping.
© 1996-2021, Amazon.com, Inc. or its affiliates