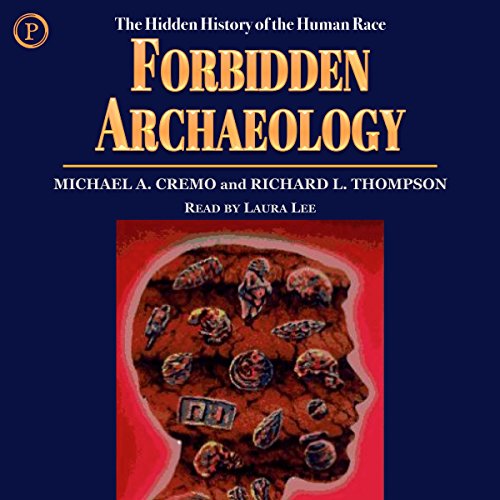 Forbidden Archeology: The Hidden History of the Human Race

Discover an alternate history to the human race as the authors of Forbidden Archeology challenge one of the most fundamental components of the modern scientific world view. Michael Cremo and Richard Thompson discuss the work of researchers who, over the past 2 centuries, have found bones and artifacts showing that people like ourselves existed on earth millions of years ago. They explain how the scientific establishment has ignored these remarkable facts because they contradict the dominant views of human origins and antiquity.

Read more
Copyright 1994 by The Bhaktivedanta Book Trust International Inc.; Recording (P)1997 by Alternative Audio
Learn more about membership
By completing your purchase you agree to Audible’s Conditions Of Use Amazon's Privacy Notice.
Sold and delivered by Audible, an Amazon company
Share
Back to top
Get to Know Us
Connect with Us
Make Money with Us
Let Us Help You
EnglishChoose a language for shopping.
© 1996-2021, Amazon.com, Inc. or its affiliates