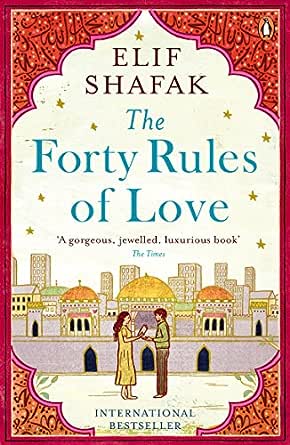 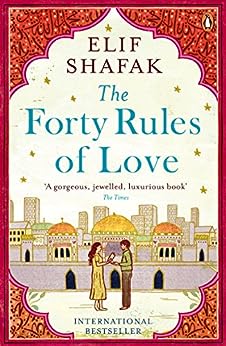 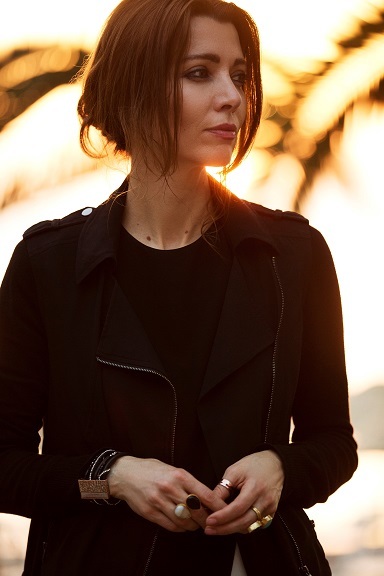 Shafak will challenge Paulo Coelho's dominance. With its timely, thought-provoking message . . . The Forty Rules of Love deserves to be a global publishing phenomenon (Independent)

Enlightening, enthralling. An affecting paean to faith and love (Metro)

4.6 out of 5 stars
4.6 out of 5
534 customer ratings
By customer groups & interests
Fiction Books
4.6
Literary Fiction
4.5
Is this helpful?
Yes
No
Thank you for your feedback.

Zeeshan
5.0 out of 5 stars Out of this world.
7 February 2018
Format: PaperbackVerified Purchase
Incredible, fantastic, awesome...are far too less to describe this book. The story is amazing but the best part is after reading this book you'll feel transformed. The language is easy to understand and the work of this author will seem as if the characters are live in front, more like a movie than a book.
Go ahead,get this masterpiece and thank me later.😊

Luvena Rangel
5.0 out of 5 stars A wonderful book for my fortieth year!!
7 March 2018
Format: Kindle EditionVerified Purchase
I would love to give it a 4.5 - it went beyond really liking it and yet, I wouldn't say it was absolutely amazing... but I loved it. The first half of the book did nothing for me... I found it just like every other book and philosophy on heart-centered philosophy that I had read and studied. I even wondered what all the hoohaa about the book was.

Then all of a sudden, I was past mid-way into the story and I realised I had spent close to a month with the book, which in itself was a first. And just like that, the story became a reflection and an introspection - a pause to consider what these different rules of love meant to me. The story line in itself was lovely and complete in the various facets of observation - looking through the lens and inside the thoughts of the various characters was very liberating - and insightful.

What really drew me in was not the forty rules of love, but the sudden realisation that like Ella, I too had embarked on this year with an intention and instinct that this, my fortieth, was holding the promise and potential of major change. I could relate to Ella and her emotions at many times - and it was quite the coincidence and my son is also named Avi.

It was freeing to notice the patriarchy of spiritual pursuits in an ancient age and how the author has allowed both Rumi and Shams to dip into the idea of equal opportunity as well as explore the potential of social limitations of their time.

I found myself empathising with Ella's notion of love and marriage, holding my own relationships as a benchmark, and at the same time wondering if I were as hardened as her - knowing that I was not, yet allowing enough space to question, "Are you holding something back? What is stopping you?" In particular, her heart spoken, "deep inside she longed for love." really pulled at my heart strings.

The rules explored in this book and the narratives leading to it (along with the parables interspersed) are a good guide for those who find mystic sufism of interest - more so, if you have a philosophical tangent to spirituality and don't yet realise that it is a sufi trait. Yet, with love woven into every nook and corner, I found myself really <i>not getting</i> the Shams-Rumi love in totality. I could sense it and then it fell away as I couldn't always accept them putting their love above and beyond those around them.

Or perhaps it is because I still am on the 'spiritual' vibration of a lesser kind of love :) Something that is still working on the relational level and hoping to edge towards the madness of divine spiritual love and oneness.

Deep - too deep even for me today.

Kimya ... my heart bled for her. I couldn't understand it. It brought up all those ideals of pain where the woman is left yearning in the throes of unrequited love and I was angry at Shams for even accepting it. What good is his realisation of his mistake in marrying her, if he was going to let her die. He was so intuitive about everyone including the man who was hiding there waiting to kill him, but he couldn't sense the needs of his wife. No, I hated him then - and his chauvinist (for lack of a better word) focus on his 'oneness' bit. harumph!

But yet, I smiled at his explanation to Kimya of the Al-Nisa verse and his sharing of the alternative perspective of male superiority. It was impressive - the context of manhood and womanhood versus men and women - or even masculine and feminine, for that matter. Perhaps it just sheds a little more light on what we consider these gender stereotypes today. Or is it because the author is a woman and she brings a contemporary feminine yearning to the table?

I loved the book - I loved how it made me feel. I loved how I chose to read it in preparation for my fortieth this month. I love how I ended it in my birthday month with a feeling of grounding that this just might be that turning point of age and mystic symbolism, the number 40, that the author has amplified throughout the book.

Looking forward to the year ahead. This one was a good spring-board.

Dr Poonam Agrawal
5.0 out of 5 stars Sufism revealed
16 December 2017
Format: PaperbackVerified Purchase
A novel within a novel with the biographies of two Sufi Poets is a beautiful read . It is the explanation and gradual internalisation of Rumi’s famous quote,” Run from what is comfortable. Forget safety.Live where you fear to live. Destroy your reputation. Be notorious.”

Some very deep feminist thoughts are voiced by the writer. Elif Shafaq, the author finds justification for Ella (a representative of woman in the present world) in Rumi’s relationship where he is forced to question and then abandon safety, security and reputation of his life for the uncertainty.

Though the novel takes the populist approach than scholarly one it is successful in introducing the easily assimilable thoughts of Sufism to all.

She did not give enough focus on seven valleys which actually describe Sufis as the People of Path.

The other point is that the author could not separate herself from the Characters. This art is really rare which I very easily find in my favourite Shakespeare. So all the characters use the same vocabulary and the thoughts which the writer wants them to speak. But as far as biographical part of Shams and Rumi is concerned, the author tried to be as close to the historical facts as was possible. She could hear their voice and understand their legacy. The Sufi vocabulary is well described and explained. However, the forty rules are important .
Read more
20 people found this helpful
Helpful
Comment Report abuse

Veena
5.0 out of 5 stars Captivating
3 January 2018
Format: PaperbackVerified Purchase
Captivating-!
Is the one word that sums up the book .
I read about this book and ordered it .. the cover page is so beautiful that I couldn’t stop myself from starting the wonderful journey and experience of reading this book.
The book takes you to the ear of Rumi and makes you feel that you the events are unfolding in front of your eyes.
The real hero is Shams of Tabriz, a true Sufi follower.
Read this book slowly at your own pace to enjoy the essence and trust me, it will make you scatter the fragrance of love.
Happy Reading
Read more
6 people found this helpful
Helpful
Comment Report abuse

Vanya Jaiswal
3.0 out of 5 stars Lacklustre writing but a good introduction to Sufism
7 September 2018
Format: PaperbackVerified Purchase
// The Forty Rules of Love interweaves two stories, one that frames the narrative and another that runs within that structural framework. Ella lives a settled and comfortable life with her husband of 20 years and 3 kids when one day she is struck by the odd realisation of the vapidity of her married life. Wary of romance and a feeling as daunting as love but realising that's what is missing in her life, she starts falling, slowing but completely, for a writer whose manuscript she is asked to prepare a report on. It is this manuscript that relays how Rumi, the scholar, was transformed into the Rumi, the poet of love, when he met his eternal companion, Shams of Tabriz. On the other hand, Shams finds in Rumi a befitting custodian of the forty rules of the religion of love, a wealth of knowledge that he wants to be preserved for posterity. //
I was underwhelmed by Shafak's writing though the writing got me interested in exploring further about the Sufi culture and Rumi's poetry.
Read more
3 people found this helpful
Helpful
Comment Report abuse
There are 403 customer reviews and 534 customer ratings.
See all 403 customer reviews
Write a product review

Go to Amazon.com to see all 546 reviews 4.5 out of 5 stars
click to open popover
Unlimited FREE fast delivery, video streaming & more
Prime members enjoy unlimited free, fast delivery on eligible items, video streaming, ad-free music, exclusive access to deals & more.
> Get started
Back to top
Get to Know Us
Connect with Us
Make Money with Us
Let Us Help You
EnglishChoose a language for shopping.
© 1996-2020, Amazon.com, Inc. or its affiliates