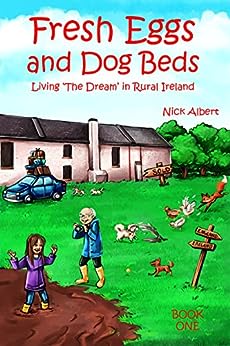 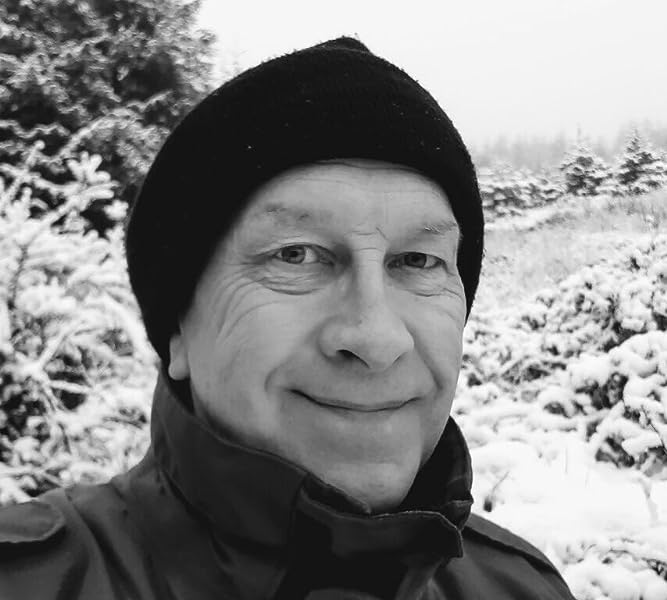 by Nick Albert (Author) Format: Kindle Edition
See all formats and editions
Sorry, there was a problem loading this page. Try again.
Nick and Lesley Albert yearn to leave the noise, stress and pollution of modern Britain and move to the countryside, where the living is good, the air sweet, with space for their dogs to run free. Suddenly out of work and soon to be homeless, they set off in search of a new life in Ireland, a country they had never visited. As their adventure began to unfold, not everything went according to plan. If finding their dream house was difficult, buying it seemed almost impossible. How would they cope with banks that didn’t want customers, builders who didn’t need work, or the complex issue of where to buy some chickens?

4.4 out of 5 stars
4.4 out of 5
162 global ratings
How are ratings calculated?
To calculate the overall star rating and percentage breakdown by star, we don’t use a simple average. Instead, our system considers things like how recent a review is and if the reviewer bought the item on Amazon. It also analyses reviews to verify trustworthiness.
Top reviews

AJ
5.0 out of 5 stars Only in Ireland.
Reviewed in the United Kingdom on 4 January 2018
Verified Purchase
Having lived in Ireland for a number of years myself I was looking forward to reading Nick Albert's memoir and wasn't disappointed. The book is a delightful and easy read which quickly drew me into the lives of Nick and his wife Lesley, along with their dogs and chickens. I felt as if I was on the journey with them, experiencing health scares, loss of beloved pets, taking the plunge to move to a different country, house hunting, meeting the local characters and battling with the different ways in which things are done in rural Ireland. I found my own memories of the country came flooding back and I often caught myself laughing out loud as Nick described the 'only in Ireland' encounters he bore witness to. From the moment I picked Fresh Eggs and Dog Beds up I knew it would be too short, it was a sad day when the final page was turned. Now I can't wait to read Book Two and find out what happens next. Congratulations Nick on a great read.
Read more
6 people found this helpful
Report abuse

Beth Haslam
5.0 out of 5 stars A fun, beautifully written book!
Reviewed in the United Kingdom on 6 November 2017
Verified Purchase
A potentially life-threatening health scare causes the author to resign from his job and relocate with his wife to Ireland. And what a change this proves to be.

Nick, and his wife, Lesley, decide to buy a property in a rural part of the country. Sounds simple enough, but it proves to be much easier said than done.

The reader is treated to rich accounts of the properties they visit, misadventures along the way and delightful anecdotes about their dogs. Particular highlights for me are the author’s descriptions of the various parts of Ireland they visit, and people they meet. His images conjure up pictures of a stunningly beautiful land filled with charming, often crazily eccentric, people. No wonder they quickly fall in love with it.

I found the book to be very well written, extremely appealing, and great fun. Nick has a terrific sense of humour, which comes through his writing in bucket loads. I have no hesitation in rating it as a 5* read, and look forward to the sequel.
Read more
4 people found this helpful
Report abuse

Charlotte
5.0 out of 5 stars A breath of fresh Irish air.
Reviewed in the United Kingdom on 25 November 2017
Verified Purchase
Fresh Eggs and Dog Beds is a well-written, easy to read memoir and I absolutely loved it. The writing is descriptive but not padded out with unnecessary detail, the cover is lovely and Nick and Lesley come across as thoroughly likeable people.
There are plenty of heart-warming episodes, a couple of sad moments and several funny incidents. Only in Ireland could a self-confessed vegetarian be offered chicken in his cheese salad sandwich, 'just to give it a bit of flavour'!
The Irish tourist board should commend the author, as I'm sure that anyone reading this delightful book will have a yearning to visit The Emerald Isle.
Bravo Nick Albert. I am already looking forward to more!
Read more
2 people found this helpful
Report abuse

Karen B
5.0 out of 5 stars An enjoyable read
Reviewed in the United Kingdom on 16 April 2021
Verified Purchase
This was an interesting & enjoyable read. Nick has a way with words & described his move from England to Ireland with a much needed sense of humour. Who would have thought that the little stretch of water between the two would make such a difference to the way of life in the two countries. Would definitely recommend this book.
Read more
Report abuse

SARA WALKER
5.0 out of 5 stars Full of detail and emotion but easy to read.
Reviewed in the United Kingdom on 17 December 2018
Verified Purchase
Been out in the wilderness regarding book reading. Got this in an attempt to get me back into daily reading. It worked! I was hooked. Lovely detail of landscape, cultural idiosyncrasies and amazing characters. Perfectly written for an escapist read. Thank you Nick for writing so beautifully about your relocation experience.
Read more
Report abuse
See all reviews

Nick Albert was born in England and raised in a Royal Air Force family. After leaving College he worked in retail management for several years before moving into financial services where he quickly progressed through the ranks to become a training consultant. As a very passionate and reasonably talented sportsman, Nick had always wanted to use his training skills towards creating a parallel career, so in the mid 1980's he qualified and began coaching sport professionally. After a health scare in 2003 and in search of a simpler life, he and his wife Lesley, cashed in their investments, sold their home and bought a rundown farmhouse in the rural west of Ireland - a country they had never before even visited. With little money or experience and armed only with a do-it-yourself manual, they set about renovating their new home, where they now live happily alongside a flock of chickens, two ducks and several unruly, but delightful dogs.

In 2017 Nick was signed to Ant Press to write a series of humorous memoirs about his life in rural Ireland. Fresh Eggs and Dog Beds (book one) was published in September 2017 and soon became an Amazon bestseller. Book two in the series was published on 1st June 2018 and book 3 in August 2019 and book 4 arrived in April 2021. All four books have received multiple five-star reviews.