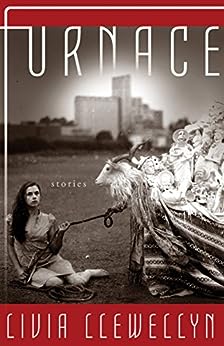 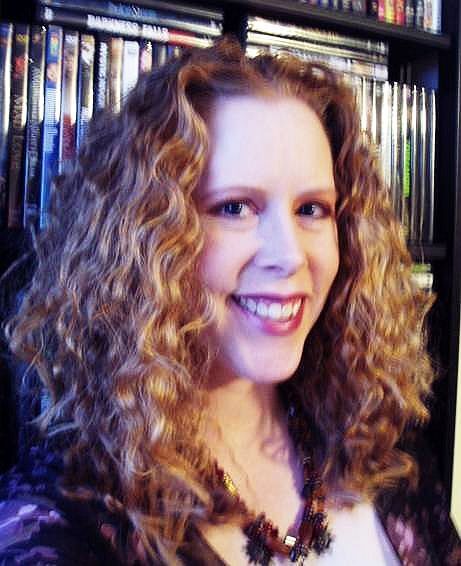 by Livia Llewellyn (Author) Format: Kindle Edition
See all formats and editions
Sorry, there was a problem loading this page. Try again.
Horror fiction has long celebrated and explored the twin engines driving human existence. Call them what you like: Sex and Death, Love and Destruction, Temptation and Terror. While many may strive to reach the extremes, few authors manage to find the beauty that rests in the liminal space between these polar forces, the shuddering ecstasy encased within the shock. And then there’s Livia Llewellyn, an author praised for her dark, stirring, evocative prose and disturbing, personal narratives.

Lush, layered, multifaceted, and elegant, the thirteen tales comprising Furnace showcase why Livia Llewellyn has been lauded by scholars and fans of weird fiction alike, and why she has been nominated multiple times for the Shirley Jackson Award and included in year’s best anthologies. These are exquisite stories, of beauty and cruelty, of pleasure and pain, of hunger, and of sharp teeth sinking into tender flesh.
Read more
Previous page
Next page

4.2 out of 5 stars
4.2 out of 5
33 global ratings
How are ratings calculated?
To calculate the overall star rating and percentage breakdown by star, we don’t use a simple average. Instead, our system considers things like how recent a review is and if the reviewer bought the item on Amazon. It also analyses reviews to verify trustworthiness.
Top reviews

Kindle Customer
5.0 out of 5 stars Deliciously twisted and compelling short stories featuring strong female protagonists.
Reviewed in Canada on 6 November 2016
Verified Purchase
I have read some of these tales before, but didn't realize they were all by the same author. This compilation allowed me to grasp thee threads they all held in common.
Read more
Report abuse

Theresa DeLucci
5.0 out of 5 stars Incendiary dark fiction - a must-read for 2016
Reviewed in the United States on 5 April 2016
Verified Purchase
This was one of my most anticipated titles for 2016 and the wait was so worth it. Llewellyn made quite an impression on me when I read her for the first time, the title story of this collection, in fact, when it was reprinted in The Year’s Best Weird Fiction Vol. One. Yes, I was late to the party, somehow having missed all the praise heaped on her first collection, Engines of Desire, but I absorbed those dark, sexual stories with abandon.

Furnace is no less incendiary, filled with cosmic horrors hiding in the clefts of the earth, in the clefts between aching women’s thighs, in forests lorded over by alien redwood trees, in carnivals older than any gods you’ve known. Running the gamut from the nightmarish to the erotic, often in the same story, as in the dark gem “Panopticon”—I want to hear more reports from Obsidia!—or the collection’s sole never-before-published offering, “In the Court of King Cupressacae, 1982,” Llewellyn’s horrors are often firmly entrenched in the body, much like vintage Clive Barker, where desire brushes against unknowable evils and blood is spilled. Mostly. The final story, “The Unattainable,” is about a woman breaking in her cowboy lover (from an erotica anthology co-edited by the esteemed Cecilia Tan) that, while not supernatural, is just as mournful, well-crafted, and triumphant in its subversive way as the stories that preceded it. This sharp voice is not to be missed.
Read more
8 people found this helpful
Report abuse

BP Gregory
5.0 out of 5 stars The whole beautiful universe turned inside out with all of the blood and sex and horror on display.
Reviewed in the United States on 17 April 2016
Verified Purchase
What are we reading?: Furnace, by Livia Llewellyn (collected short stories)

Give me the short version: Peel your eyelids back and staple them to the top of your forehead. Ah, there now; it’s all happening and you can’t look away.

Do you want to read something really different? The whole beautiful universe turned inside out with all of the blood and sex and horror on display?

Ms Llewellyn’s style is exquisite and utterly fearless. Quests of longing and rites of passage find themselves transmogrified into more sinister paths, darkly glittering and drawing you helplessly in.

The collection is also generous in size and scope, the menagerie of tales defying the reader to define a favourite. If you are confronted by frank depictions of erotica and the raw, ever-flowering safe space of sexual fantasy I suggest you read Furnace anyway. Question yourself, everything you knew and especially the reality under your feet.

Fans of Catherynne M Valente or Laird Barron will particularly enjoy Llewellyn – a weird collision, or collusion of groups, true; but the common thread is lyricism grounded in the stony granite of reality. Savage fantasy juxtaposed against plain ordinary lives, characters who bring the action all too close to home.

My favourite bit: “Signs have long decayed into dust in this part of the city, and only ravens and dogs know the lay of the land. But the jewels of information gathered over the years are a crown, and for this single day you are Queen.”
Read more
6 people found this helpful
Report abuse

Brian Fatah Steele
5.0 out of 5 stars Dark and Ethereal
Reviewed in the United States on 15 April 2016
Verified Purchase
The first time I read any work of Livia Llewellyn’s was in YEAR’S BEST WEIRD FICTION, VOLUME ONE. It was her magnificent short story “Furnace,” the tale that would go on to title this collection. One story was all it took for me to realize I needed to read more by this author. It was so dark, so surreal, prose that was both literary and dream-like. I had high expectations going to FURNACE, and Llewellyn didn’t fail to deliver.

All the stories in the collection are excellent, but some stood out. “Stabilimentum” concerned a young woman living in an expensive apartment only to find it infested with spiders. That story was told in such a way, you couldn’t help but fell legs crawling all over you. “It Feels Better Biting Down” is the story of two twins, a story of madness and transformation. Of Identity. In “Furnace” we find a town slowly dying from entropy, and a young girl trying to escape. The bizarre manifestations get worse but apathy is the worse plague. With “The Mysteries” a woman is summoned back to her ancestral home at the command of her ancient matriarch. Plans are put into motion to entertain the old woman in a fashion neither are liable to survive. “The Last, Clean, Bright Summer” is a sort of Cthulhian homage, told from the POV of a teenage girl who is a member of a cult she barely understands. Brutal and heartbreaking, it’s one of the most shocking in the collection.

Llewellyn’s work is ethereal, her words teasing out images and sensations. Her tales reach deeper, affecting you in a more gestalt manner. You can finish a piece by her and have conflicting emotions, pulled in different directions by the narrative and the theme. She is one of those authors producing literary horror fiction that is every bit worth the hype you read.
Read more
5 people found this helpful
Report abuse

Jim P
5.0 out of 5 stars Um...no headline words...except Ten Stars
Reviewed in the United States on 5 May 2018
Verified Purchase
This is a glorious example of a writer who has mastered their craft. Each of the thirteen tales within is worth the price of admission. But I am not a wordsmith, and wish to say something about this book that is not just a clever adjective. I would like to talk about one story: The Mysteries. If you have ever considered the ritualistic nature of man; from pageants to entertainment forms to parades to the practiced first night festivities of a circus, the Passion Play, the Procession of the Prophets, Egyptian mortuary ceremonies, the Elysian Mysteries, on and on and on back through time...this story does too. I want to call the story Brilliant, but there is a darkness at hand as well, that completes the story of human kinds fascination with rituals. It is a story of great magnitude.

I will read every one of these stories again.
Read more
One person found this helpful
Report abuse
See all reviews

Livia Llewellyn’s fiction has appeared in over forty anthologies and magazines and has been reprinted in multiple best-of anthologies, including The Best Horror of the Year, Year’s Best Weird Fiction, and The Mammoth Book of Best New Erotica. Her short fiction collections Engines of Desire: Tales of Love &amp; Other Horrors and Furnace were both nominated for the Shirley Jackson Award, and “One of These Nights” has been nominated for an Edgar Award for Best Short Story. You can find her online at liviallewellyn.com and on Twitter and Instagram.