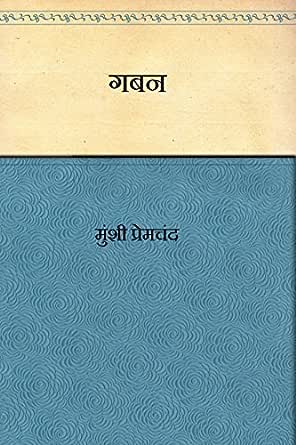 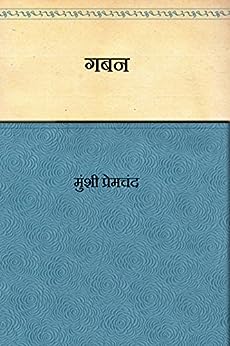 ... the way Gaban is narrated by the author would make the likes of John Grisham seem envious. Apart from the brisk clip at which the story runs, the true-to-life characters are strongly etched out by the master yarn-spinner. This all sounds like cliched showering of praise but the fact of the matter is that this is precisely where Munshi Premchand excels. (DAWN, Pakistan) --This text refers to an alternate kindle_edition edition.

Munshi Premchand was an Indian writer famous for his modern Hindi-Urdu literature. He is one of the most celebrated writers from India. Born Dhanpat Rai, he began writing under the pen name "Nawab Rai", but subsequently switched to "Premchand". His works include more than a dozen novels, around 250 short stories, several essays and translations of a number of foreign literary works into Hindi. --This text refers to an alternate kindle_edition edition.

4.5 out of 5 stars
4.5 out of 5
1,065 global ratings
How are ratings calculated?
To calculate the overall star rating and percentage breakdown by star, we don’t use a simple average. Instead, our system considers things like how recent a review is and if the reviewer bought the item on Amazon. It also analyses reviews to verify trustworthiness.

Amazon Customer
1.0 out of 5 stars Missing pages in the book
Reviewed in India on 16 September 2018
Verified Purchase
The book has missing pages. After page 288, you get page 273 and so on. I need a replacement of this book. This is pathetic quality.
Read more

Jassi
4.0 out of 5 stars Kindle edition mis prints some Hindi words
Reviewed in India on 16 January 2018
Verified Purchase
There's no question that Premchand is the legend of Hindi Sahitya. So the book don't need any review, specially not from a person like me who has no literary capability to critic someone who's a legend.
So my review is about the Kindle edition of this book. They need to make it better. There are question marks where there should be exclamation marks. Many words are misspelled. Please Amazon, improve your Hindi and regional language ebooks.

Krishna Ahir
4.0 out of 5 stars Good read
Reviewed in India on 26 July 2019
Verified Purchase
Yet another example of how Premchand was a writer with thinking way ahead of his time. Through this novel, he tries to show the falling moral values among lower middle class Indian youth in the era of British India, and to what heights a person can get to, to reach the world of elite class, and maintain the false image as a rich person.
They depict the corruption, cruelty and inhumanity of the system and the police system through its medium, and show that the entire system has got caught in the swamp of corruption! Premchand also brings in the movement of the national movement in this novel, and expresses his ideological commitment in very artistic manner!

Vamshi kiran
2.0 out of 5 stars Reading this book directly is better than reading it in device
Reviewed in India on 20 September 2019
Verified Purchase
This is book is good one but I think reading this book in electronic devices is not seems me satisfied as I read the book on my hand. it is better to read book directly than reading the book in the devices.author in this book explains in a very good understanding manner to all the every one who is able to read and understand.language of the book is easy to understand.the only thing I am not satisfied with this is reading it in device.
Read more
2 people found this helpful
Helpful
Report abuse

Sachan.Rishabh
5.0 out of 5 stars Hindi upanyas Samrat!
Reviewed in India on 22 February 2019
Verified Purchase
One of the finest craftsmanship of Indian Literature by Mushi Premchand. He is the most famous Indian author although he get the fame after his demise. There's no question that Premchand is the legend of Hindi Sahitya. So the book don't need any review.

Gaban is a blend of love, desires, powerlessness, greed, friendship, struggle, and realization. It's completely shows the real life of people during British India in North region. It creates thril, Rmoanch, sadness throughout the reading.

You will think that you are living the life of characters in the novel. Somehow you will find it fit in current era as well.

Satyendra
5.0 out of 5 stars Best book after Godaan
Reviewed in India on 5 July 2018
Verified Purchase
Through this novel, Munshi Premchand tries to show the falling moral values among lower middle class Indian youth in the era of British India, and to what heights a person can get to, to reach the world of elite class,and maintain the false image as a rich person.
It tells the story of Ramanath, a handsome, pleasure seeking, boastful, but a morally weak person, who tries to make his wife Jalpa, happy by gifting her jewelry which he can't really afford to buy via his meager salary, and then gets engulfed in a web of debts, which ultimately forces him to commit embezzlement. It is considered Premchand's best work, after Godaan.
Read more
One person found this helpful
Helpful
Report abuse

Ritu Singla
5.0 out of 5 stars Interesting
Reviewed in the United States on 22 April 2014
Verified Purchase
very good read. must for everyone. a must book for all. indeed a very good book. please do read it
Read more
Report abuse
See all reviews
click to open popover
Unlimited FREE fast delivery, video streaming & more
Prime members enjoy unlimited free, fast delivery on eligible items, video streaming, ad-free music, exclusive access to deals & more.
> Get started
Back to top
Get to Know Us
Connect with Us
Make Money with Us
Let Us Help You
EnglishChoose a language for shopping.
© 1996-2020, Amazon.com, Inc. or its affiliates