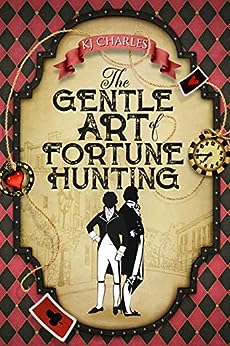 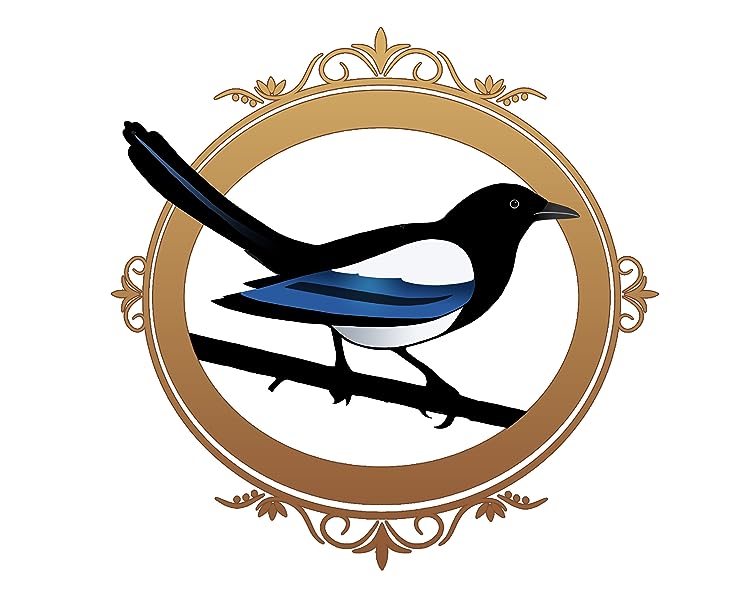 4.6 out of 5 stars
4.6 out of 5
684 global ratings
How are ratings calculated?
To calculate the overall star rating and percentage breakdown by star, we don’t use a simple average. Instead, our system considers things like how recent a review is and if the reviewer bought the item on Amazon. It also analyses reviews to verify trustworthiness.

Nichola F
5.0 out of 5 stars Heyer but gayer; an unalloyed delight
Reviewed in the United Kingdom on 24 February 2021
Verified Purchase
This book, like its protagonist, is blessed with an irresistibly charming & frothy surface which belies the depth of its heart. It is one of Charles’s more overtly Heyer-esque novels, with clear echoes of one of my favourites, “The Masqueraders”, and (like Band Sinister, her other love letter to Heyer) it is one of the few that DOESN’T involve dead bodies or mysterious shenanigans. Instead it is simply the story of two extremely mismatched individuals finding that despite all expectations their respective jigsaw puzzle edges fit together very well indeed - which is to say, it’s a straight-up romance, and a thoroughly delightful one: one that gently explores the terrifying ordeal of being known. It’s a box-of-bonbons of a book, and I wolfed through it all in one sitting, and eagerly await the audiobook.

Robin and Marianne, dirt-poor and decidedly unrespectable, have clawed their way up the social ladder through sheer charm and sleight of hand and are launching themselves upon the ton for a season, hellbent upon the acquisition of rich spouses and the security that wealthy marriages may bring. It is Robin’s story more than his sister’s, but as always the supporting cast are a delight, and the various women are characters you want to follow off the page into their own books.

These are grim times in which we’re living, and this book is an absolute tonic: the prose is as crisp and lovely as ever, the characters imperfect and loveable, and the whole thing is as satisfying a comfort read as you could hope to find. BUY IT ALREADY.
Read more
2 people found this helpful
Report abuse

giki
4.0 out of 5 stars A lot of fun, and a good solid romance.
Reviewed in the United Kingdom on 10 March 2021
Verified Purchase
A new book from K.J Charles is always a reason for excitement. I was particularly excited about this one, because I do love a regency romance and this one hits all the right notes.
Robin and his sister, Marianne, are fortune hunters, pure and simple. They have a few short months it hoodwink high society and hook a wealthy spouse before their cash runs out. Fair of face and full of grace, they are humble and charming and soon accepted by the highest ranks of society. Suddenly all the prizes are within their grasp - but how much are they willing to give up, who will they hurt, to achieve their dreams?
The are good people dealt a bad hand in life but determined to make the best of it. It is easy to get of board with these characters. The romance sizzles away nicely. My one issue with the book was the last third. A lot of characters share there deepest feelings at great length with each other. These are long drawn out conversations where every aspect of the speaker's character and thoughts are explained in great detail, we are left with nothing to ponder upon. And there are such a lot of them, and one after the other. I was suffering compassion fatigue after a few chapters. I may have skipped a few pages, whoops. Happily it perked up before the end of the book and redeemed itself with an unexpectedly satisfying ending.
Read more
Report abuse

BevS
5.0 out of 5 stars A fabulous new read from one of my fave Authors...
Reviewed in the United Kingdom on 28 February 2021
Verified Purchase
Another outstanding read from K.J. 🌟🌟🌟🌟🌟 from me.

I loved the 2 MC's, both of whom could see past each other's outer facade...Hart being considered fairly ugly and quite forthright, and Robin being a fortune hunter and frivolous fop. Both of them had had pretty awful childhoods, and had suffered badly from adults treating them as 'things' not people.

Marianne, Robin's sister, was extremely feisty, and even more of a gold digger than her brother. She intended to marry well above her supposed station, and raised her metaphorical middle finger to anyone who thought otherwise.

So happy that Hart's niece Alice got her wish to study in Germany, but won't be giving away any more spoilers. Straight onto my 2021 best reads shelf. Terrific.
Read more
Report abuse

A M Obst
5.0 out of 5 stars Another masterclass in characterisation from KJ Charles
Reviewed in the United Kingdom on 12 March 2021
Verified Purchase
For an author with a reputation for plots involving juicy murders and violence, you'd think that a story containing none of these might be boring.
But it's not.
It is, like all her other books, an expertly crafted m/m romance set against a well-detailed backdrop of social rules that all the important characters are struggling against in their own way. The two main characters initally didn't seem very likeable - but that's not unusual in KJ Charles's writing and I knew persistence would bring its own rewards. The author draws the reader into their heads so that I find myself barracking for them while at times wanting to scream at them for being so dim.
The writing style is, of course, one of great precision and economy, and the plot is wrapped up very satisfyingly and realistically, too.
Read more
Report abuse

Kindle Customer
5.0 out of 5 stars Brilliant as always
Reviewed in the United Kingdom on 25 February 2021
Verified Purchase
I binged this book on the day it came out, staying up too late and squeezing in chapters around work.

It's exactly as brilliantly plotted as you would expect of a KJ Charles novel! I gave my flatmate a recap when I was at 68% and said 'I can't imagine what will come next if all of this has already happened!' - and I really couldn't. That showdown was absolutely magnificent and I love Marianne a lot. And Alice, the absolute genius! Gosh I adore this story.

There are many things I could say about Hart and Robin and the incredible story arch these two got, but I think you should just go and read it for yourselves. It's more than worth it.
Read more
Report abuse
See all reviews
Back to top
Get to Know Us
Connect with Us
Make Money with Us
Let Us Help You
EnglishChoose a language for shopping.
© 1996-2021, Amazon.com, Inc. or its affiliates