<![endif]--> Skip to main content
The Girl with the Dragon Heart (Dragon Heart 2) and over 2 million other books are available for Amazon Kindle . Learn more
Share <Embed>

Add to Cart
₹ 237.00
+ ₹ 94.00 Delivery charge
Sold by: BUZZWORD The Book Shop(Sahakarnagar)Bangalore
Have one to sell?
Sell on Amazon 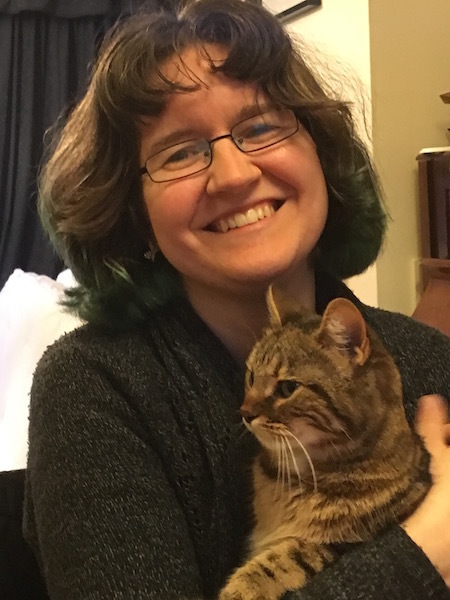 A glorious whirlwind: city streets, royal courts, dragons, princesses and the dark webs and darker designs of the fairies under the earth. The colours leave you spinning, the air is chocolate scented, there is a storytelling heroine with a quest . You couldn't ask for more! (Hilary McKay)

Funny, moving and deliciously full of chocolate, I loved it! (Holly Webb on THE DRAGON WITH A CHOCOLATE HEART)

Dragons, best friends and chocolate! All my favourite ingredients in one gorgeous story (Hilary McKay on THE DRAGON WITH A CHOCOLATE HEART)

Stephanie Burgis is a dual citizen of the US and the UK and lives in South Wales (land of dragons) with her husband, the author Patrick Samphire, and their children. The Girl with the Dragon Heart is Stephanie's second novel for Bloomsbury.
Read more

Start reading The Girl with the Dragon Heart (Dragon Heart 2) on your Kindle in under a minute.

4.9 out of 5 stars
4.9 out of 5
37 global ratings
How are ratings calculated?
To calculate the overall star rating and percentage breakdown by star, we don’t use a simple average. Instead, our system considers things like how recent a review is and if the reviewer bought the item on Amazon. It also analyses reviews to verify trustworthiness.

Asha Hartland
5.0 out of 5 stars This book is just SO good!
Reviewed in the United Kingdom on 14 August 2018
Verified Purchase
When I saw there was a sequel to "The Dragon With A Chocolate Heart" coming out, I squeaked and immediately put it on pre-order. And I’m so glad I did, because this book is just SO good.

I definitely loved the first book in this series. This sequel follows Silke, Aventurine’s best friend, and is written from her perspective. Silke was engaging, funny, witty, and realistic in the first book, but in this book I just utterly fell in love with her. The plot is much less focused on The Chocolate Heart (the chocolate shop where Aventurine works), but instead follows Silke as she is hired to investigate a mysterious delegation of fairies visiting the royal family – and her attempts to find out what happened to her parents so long ago.

It’s hinted at, in the first book, that Silke’s background is less than happy, and she and her brother live parentless in the dodgy end of the city, but it’s not until this book that the extent of this is seen. Silke’s life has made her street-smart, hard, and quick, and has tested her gift for story-telling. She appears at first glance to be your typical kind of smooth-talking, self-sufficient rogue sidekick, but in this book we get to see right to her heart, and it’s the greatest portrayal of a flawed character I’ve seen in children’s literature.

I love Silke so much, okay? She worries; she over-plans; she fantasises about situations and is disappointed by the way things turn out in reality. She’s constantly seeking approval, whether from her brother, or the Princess, or the people at The Chocolate Heart, but she hates that she wants that approval. She finds it hard to believe that people love her as much as they clearly do. I have never seen imposter syndrome written about so vividly and so well. Silke is angry. She’s powerful and smart. She loves fiercely and would do anything to protect her chosen few. She’s so, so clever, and so, so afraid of being found out.

I would read "The Adventures of Silke Putting The Washing On". I’d read "Silke Goes To The Supermarket". I’d read "Shh, Silke Is Sleeping". I just love her.

This, of course, is not to say that this plot isn’t wonderful too. Stephanie’s writing shines, as always, with what I’m coming to understand is her trademark charm and masterful control of pacing. The story absolutely rollicks through the fairy visit, and comes together with a glorious set-piece ending that I would love to see animated. There’s plenty of that gorgeous chocolate, too, and found family (in more than one sense). There’s space for a whole series of books in this world, and I hope to see them!

If you have a child, buy them these books. If you’re not a child but you still love MG, then buy them anyway!
Read more
Report abuse

R. Silva
5.0 out of 5 stars Expands the World of the First Book
Reviewed in the United States on 9 February 2020
Verified Purchase
The sequel to The Dragon With The Chocolate Heart puts the spotlight on Silke, the orphan refugee who has learned every street and alley in the city of Drachensburg and whose skill with stories brings in the customers at the Chocolate Heart, where she works part time alongside her best friend, the dragon Aventurine.

Silke is a storyteller, and she is determined to be the hero of her own story. But when the Crown Princess recruits her for a spying mission during at visit from they mysterious fairy court, Silke finds herself facing the darkest fears from her past, and the mission quickly unravels around her.

It's great to see this world from Silke's point of view, and the addition of the fairies expands the world quite a bit. The fairies are quite frightening in spite of the lack of bloody violence in the story. Their magic is powerful, but their ruthlessness and manipulativeness make them truly dangerous foes for Silke, who must battle the traumatic memories of her past even as she deals with the fairies.

The emphasis on the power and skill of diplomacy is another great aspect of the book, and the climactic battle of wits is clever and fun.

And, as with the first book, all of the lore of chocolate is given lavish and loving detail
Read more
Report abuse

Amazon Customer
5.0 out of 5 stars Was worried about this sequel
Reviewed in the United States on 14 December 2018
Verified Purchase
The Dragon with the Chocolate Heart is one of my very favorite books of all time, so I was wary of this sequel. While I liked Silke well enough as a side-kick, I really wondered whether she could carry her own story. As it turns out, yes, she can, and her story is even more heartbreaking than Aventurine's. Burgis does a masterful job of burying her protagonist so deep in problems that you wonder if the entire kingdom is going to collapse, only to have Silke figure it all out in the nick of time. I lost a lot of sleep because I just had to read to the end!
Read more
One person found this helpful
Report abuse
See all reviews
Unlimited FREE fast delivery, video streaming & more
Prime members enjoy unlimited free, fast delivery on eligible items, video streaming, ad-free music, exclusive access to deals & more.
> Get started
Back to top
Get to Know Us
Connect with Us
Make Money with Us
Let Us Help You
EnglishChoose a language for shopping.
© 1996-2020, Amazon.com, Inc. or its affiliates