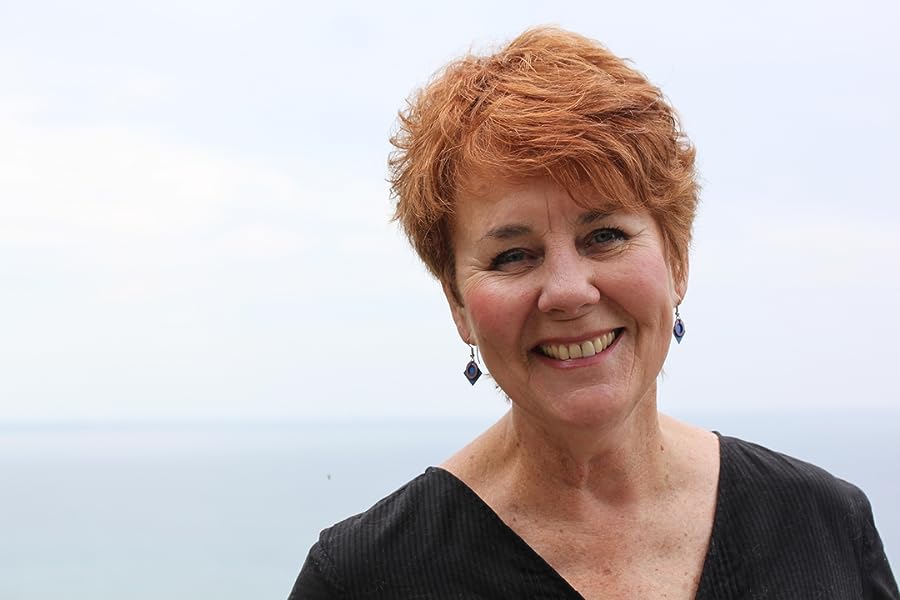 Girls with Guts!: The Road to Breaking Barriers and Bashing Records Hardcover – Import, 14 May 2019

Celebrate women athletes who played all kinds of sports before Title IX finally allowed them to compete in the Olympics, tournaments, and in leagues across America.

No chasing! No stretching or straining! And never, ever sweat. These were the rules girls were forced to play by until Title IX passed in 1972. From Melpomene in 1896 to Althea Gibson in 1956 and beyond, readers will meet the women athletes who refused to take no for an answer. Learn how they paved the way for the women who pushed for a law to protect their right to play, compete, and be athletes.
Read more
Previous page
Next page

Gonzales describes the days when girls were discouraged from participating in sports, then introduces women who challenged society's narrow expectations regarding girls' athletics. After early nods to women excluded from the ancient and early modern Olympics, the text introduces a series of American women in sports, such as Gertrude Ederle swimming the English Channel in 1926 and Althea Gibson winning the French Open tennis tournament in 1956. Meanwhile, women marched for equal rights and congresswomen worked for new laws, culminating in Title IX, which created a more level playing field for girls and women in school sports. While the historical section of the text might challenge primary-grade children at times, a very accessible illustrated page opens and closes the book with these encouraging words, "Look at you ... springing, / kicking, / dribbling / and pitching it down the pike. / Girl, you are amazing!" Created with acrylic, ink, and color pencils, the stylized artwork defines each historical period and maintains a buoyant tone throughout the book. A colorful, historical introduction to American women in sports.
—Booklist

In 2019, young girls look up to athletes like Olympic-medalist Simone Biles and the record-breaking Serena Williams as role models. But not that long ago, women athletes were excluded from many sports; if one goes further back in history, they were not allowed to compete at all. Gonzales highlights the achievements of women athletes who broke down the gender barriers. Starting with the first Olympic Games and bringing readers to the present day, the author creates a narrative using a time line of women in sports. Many well-known women athletes are highlighted such as tennis player Althea Gibson and Olympic swimmer Donna de Varona, in addition to many lesser-known names. The author also discusses Title IX, the legislation that mandated equal treatment for all women athletes. Gonzales adds information about the key congresswomen and other advocates who fought for the ratification of the legislation. Back matter includes a formal time line and an extensive bibliography. VERDICT: A great addition to any collection highlighting unknown women athletes and also explains the important legislation of Title IX for a young audience.
—School Library Journal


I find that this book tells the story of courageous and remarkable women that has brought the opportunities for today’s girls in a positive and fun way even though the fight has not always been easy. But this book captures history in way where the first thought is strength and will of these remarkable ladies.

It is also a good book to remind that it is not that long ago that we were in a very different situation still. A good reminder that even though there are still things and attitudes to change, women’s sport has come a long way to the point we had in Buenos Aires Youth Olympic Games for the first time ever, 50/50 female and male athletes competing!
—Emma Terho, a multiple-time Olympic and Women’s World Championship bronze medalist

Debbie Gonzales is an educator, curriculum consultant, former school administrator, and adjunct professor. She's the author of six books for New Zealand publisher Giltedge. She earned an MFA in writing for children and young adults from the Vermont College of Fine Arts and lives with her husband John and dog in Michigan.

Rebecca Gibbon is an acclaimed illustrator whose credits include Players in Pigtails and Elizabeth Leads the Way. She paints in watercolor ink and colored pencil, and bases her characters on the people she has met and seen over the years. Rebecca lives with her husband and two boys in the UK. www.rebeccagibbon.com

Look at you …springing, kicking, dribbling, and pitching it down the pike. Girl, you are amazing!
It’s hard to believe that there was a time when girls were not encouraged to play sports. It’s true. Athletic programs funded by the US government were once for boys only. That was the rule. Girls were told: No chasing! No stretching! No kicking! No pushing! No splashing! And never, ever sweat.
Read more

Debbie Gonzales is a career educator, curriculum consultant, former school administrator and adjunct professor, a podcaster (The Debcast), and once served as a SCBWI RA for the Austin Chapter. Deb currently devotes her time to writing middle grade novels, crafting teacher guides and various other freelance projects. She's the author of six “transitional” readers for New Zealand publisher, Giltedge, and the non-fiction picture book Girls with Guts: The Road to Breaking Barriers and Bashing Records (Charlesbridge, 2019). A transplanted Texan, Debbie now calls beautiful Ann Arbor, Michigan home where she lives with her husband John and spunky pup, Missy. Deb earned her MFA in writing for children and young adults from the Vermont College of Fine Arts.

4.8 out of 5 stars
4.8 out of 5
41 global ratings
How are ratings calculated?
To calculate the overall star rating and percentage breakdown by star, we don’t use a simple average. Instead, our system considers things like how recent a review is and if the reviewer bought the item on Amazon. It also analyses reviews to verify trustworthiness.

Louise Brogan, Social BeeNI
5.0 out of 5 stars Brilliant book for girls with guts!
Reviewed in the United Kingdom 🇬🇧 on 9 July 2019
Verified Purchase
I got this book from Debbie for my daughter (well really for me but that's ok) - its full of stories of women through the ages with absolute guts and determination - buy this for your son or daughter and inspire them with these real-life heroes!
Read more
One person found this helpful
Report abuse

Alice Rogers
5.0 out of 5 stars I think the girls will love reading about strong women
Reviewed in the United Kingdom 🇬🇧 on 21 January 2020
Verified Purchase
Excellent book with beautiful illustrations..... gave it to my two grand daughters.
Read more
Report abuse

LSponsler
5.0 out of 5 stars Great read - history and inspiration
Reviewed in the United States 🇺🇸 on 8 December 2020
Verified Purchase
"Girls with Guts!" highlights the achievements of women athletes. It is a story celebrating strength, endurance, and athleticism of women and girls throughout the ages. The author takes readers on a journey through women's' sports, starting with the first Olympic Games and bringing readers to the present day. The author also discusses Title IX - it was fascinating to learn how fast this law changed sports.

I bought this book as a gift for my niece - it was a big hit! Opening many conversations about sports and being brave in life. Could be a great gift for a special girl in your life - highly recommend!
Read more
One person found this helpful
Report abuse

SuperMom
5.0 out of 5 stars Great Girl Empowerment Picture Book for Girls and Boys
Reviewed in the United States 🇺🇸 on 16 January 2020
Verified Purchase
In a fun, yet non-fiction, way, the author gives great examples of girls with guts breaking into sports. She has a timeline at the end of the book that looks at key historical events in women's sports. My favorite is how she opens and closes, coming full circle, with an empowering message for the reader, young or old. You, go girl, Debbie Gonzales! You are amazing. I look forward to seeing more books from this author.
Read more
2 people found this helpful
Report abuse

Marne Stoffel
4.0 out of 5 stars Too old for 7 year olds
Reviewed in the United States 🇺🇸 on 2 May 2022
Verified Purchase
Birthday gift for 7 year old Granddaughter, Rated for 7-9 year olds. Pretty advanced reading. But I suppose she will age into it, hopeful by end of 2nd grade.
Read more
One person found this helpful
Report abuse
See all reviews