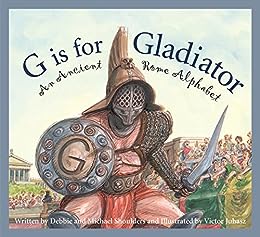 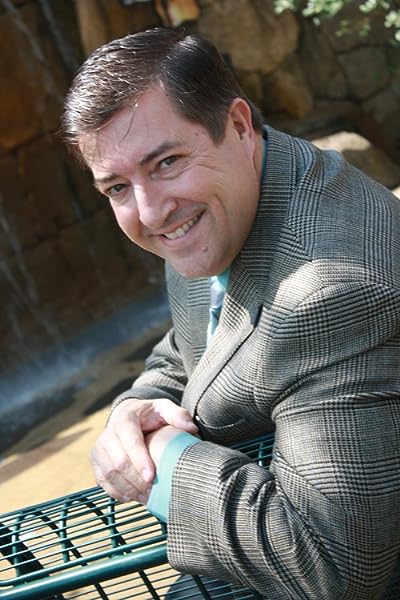 by Michael Shoulders (Author), Debbie Shoulders (Author), Victor Juhasz (Illustrator) & 0 More Format: Kindle Edition
See all formats and editions
Sorry, there was a problem loading this page. Try again.
According to Roman legend, what famous twins were raised by a she-wolf? Who wrote the epic poem, The Aeneaid? What famous leader brought law and stability, yet was stabbed to death by a group of senators? Life in ancient Rome was certainly not for the faint of heart! In G is for Gladiator: An Ancient Rome Alphabet, readers are given an A-Z introduction to ancient Rome, including its social, political, and civil customs and practices. Husband-and-wife writing team Debbie and Michael Shoulders explore topics such as Roman law, architecture, mythology, and of course, the ultimate "fight club" (gladiatorial combat). From the relaxed surroundings of the public baths to the rigid codes of the military legions, Rome's ancient civilization is unveiled. Colorful, entertaining artwork from Victor Juhasz, the illustrator of Z is for Zeus: A Greek Mythology Alphabet, brings it all to vivid life. Debbie and Michael Shoulders also coauthored D is for Drum: A Native American Alphabet. Debbie teaches middle school and reviews children's literature. An educator for 30 years, Mike now writes and travels year-round, championing literacy. He has written 10 books for Sleeping Bear Press. They live in Clarksville, Tennessee. Victor Juhasz's books include R is for Rhyme: A Poetry Alphabet and D is for Democracy: A Citizen's Alphabet. His work appears regularly in many major magazines and newspapers including Time, Newsweek, Rolling Stone, the Wall Street Journal, and the New York Times. Victor lives in Stephentown, New York.
Read more
Previous page
Next page

Educator and literacy advocate Dr. Michael Shoulders has written several books for Sleeping Bear Press including the companion title, N is for Natural State: An Arkansas Alphabet and the recently released Say Daddy! When not traveling to schools and conferences, Mike lives in Clarksville, Tennessee.

Victor Juhasz's artwork has been commissioned by major magazines, newspapers, advertising agencies, and book publishers, and his clients include Time, Rolling Stone, the New York Times, and the Washington Post. He has illustrated several books for Sleeping Bear Press including D is for Democracy: A Citizen's Alphabet. He lives in the New York Berkshires region. --This text refers to an alternate kindle_edition edition.

4.8 out of 5 stars
4.8 out of 5
5 global ratings
How are ratings calculated?
To calculate the overall star rating and percentage breakdown by star, we don’t use a simple average. Instead, our system considers things like how recent a review is and if the reviewer bought the item on Amazon. It also analyses reviews to verify trustworthiness.
Top reviews

C. Porter
4.0 out of 5 stars Great book; but not for little guys
Reviewed in the United States on 15 April 2013
Verified Purchase
We read 3-5 books to our 28 month old son everynight. To keep from getting bored, I purchase new books every month to reflect the holidays/seasons. This book is meant for older children ... mentions topics such as death etc. I should have assumed it would - given the title - but a little warning would have been nice. We are putting it on the shelf until he is older.
Read more
Report abuse