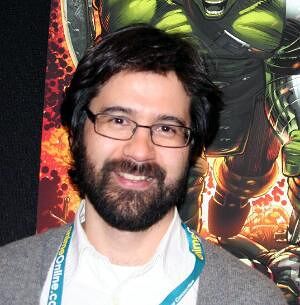 Greg Pak is a comic book writer and filmmaker best known for comic books such as "Planet Hulk," "Action Comics," and "Mech Cadet Yu." He wrote the "Code Monkey Save World" graphic novel and "The Princess Who Saved Herself" children's book, based on the songs of Jonathan Coulton.

Pak co-wrote the fan favorite "Incredible Hercules" series with Fred Van Lente, with whom he also wrote the new How-To book, "Make Comics Like the Pros."

As a filmmaker, Pak directed the award-winning feature "Robot Stories" and dozens of shorts, including "Happy Fun Room."

Pak is represented by Sandra Lucchesi of the Gersh Agency, Los Angeles. For more about his work, visit twitter.com/gregpak and gregpak.com. 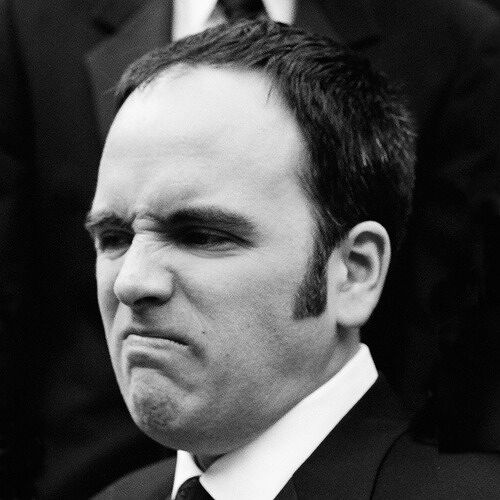 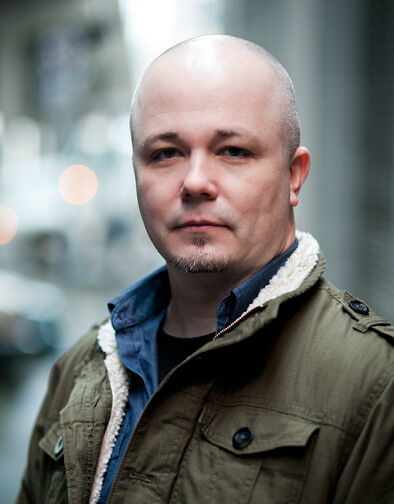 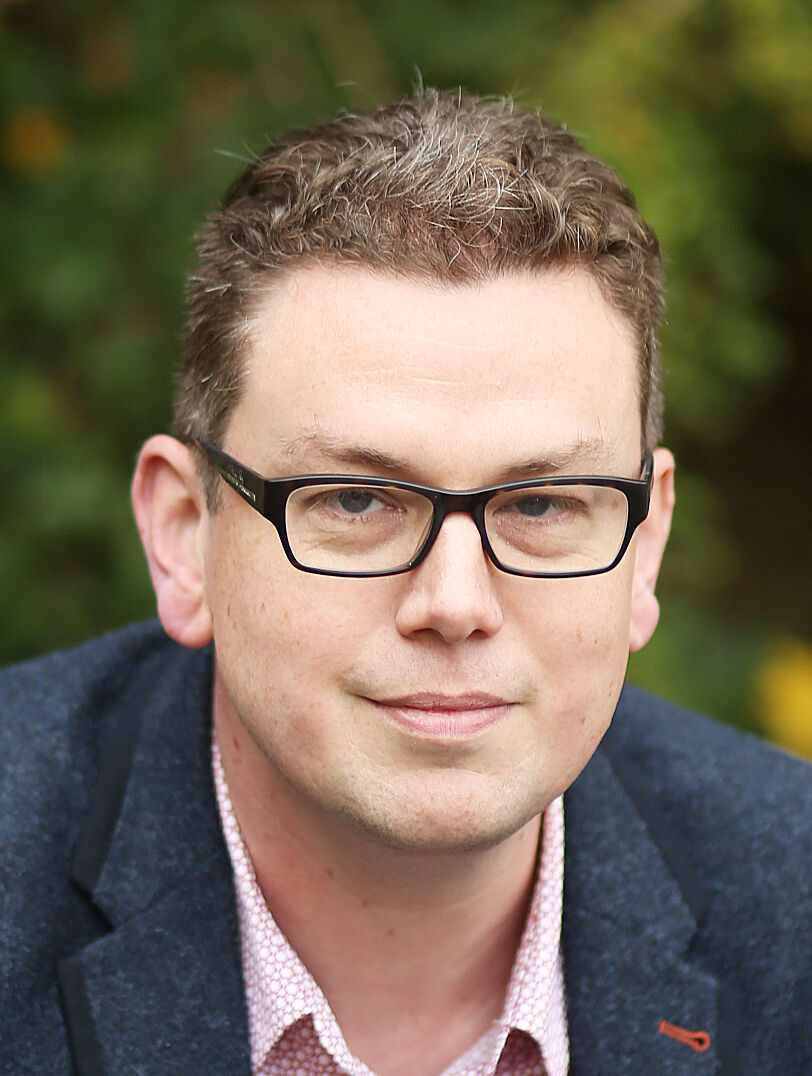 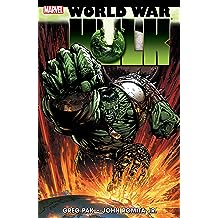 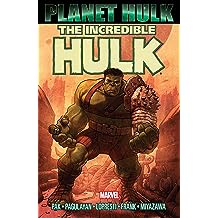 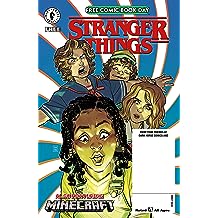 Free Comic Book Day 2020 (All Ages) (Dark Horse FCBD) 2 May, 2020
by Greg Pak, Stephen McCranie, Ron Chan, Gabriella Antali, Dan Jackson
( 305 )
₹ 0.00
Two adventures for all ages! In Stranger Things, the Scoops Troop discovers that young Erica Sinclair smuggled out a dangerous object from the Russian facility below Starcourt Mall and they must once more come together to find a safe solution before government authorities discover the threat they pose! Then in the world of Minecraft, a young middle-schooler discovers puberty is stranger than she imagined. With the help of her friend, she learns just how fun being different can be as she explores her new Minecraft powers in the real world!
Read more
inclusive of all taxes 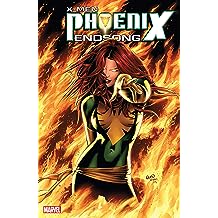 X-Men: Phoenix Endsong (X-Men: Phoenix - Endsong) 14 Dec, 2005
by Greg Pak, Greg Land
( 131 )
₹ 404.66 ₹ 733.95
You Save: ₹ 329.29(45%)
Collects X-Men: Phoenix Endsong (2005) #1-5. The mysterious and powerful Phoenix Force is life incarnate, and yet it consumes whole worlds in a moment. Its long history with the X-Men is fraught with tragedy... especially concerning one of the most beloved of their number, Jean Grey. What will happen when the Phoenix returns to Earth in search of the one mortal who could ever contain its power... only to find her dead?
Read more
Other Formats: Hardcover , Paperback
inclusive of all taxes 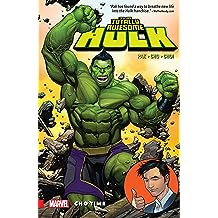 There's a brand-new Hulk in town, and his name is Amadeus Cho! Get ready for gamma-fueled entertainment as the newly empowered kid genius decides he's gonna be the best Hulk ever — and just possibly brings the entire world crashing down into chaos! Cho is taking on the biggest monsters in the Marvel Universe, but can he handle the danger posed by Lady Hellbender? What will She-Hulk and Spider-Man make of this very different Green Goliath? What will the Enchantress make him do? And what, exactly, happened to Bruce Banner? With monster mayhem in the Mighty Marvel Manner, this is better than incredible — it's totally awesome! Plus: amazing science, SECRET WARS style, starring the Amadeus Cho of Battleworld
Read more
Other Formats: Library Binding , Paperback
inclusive of all taxes 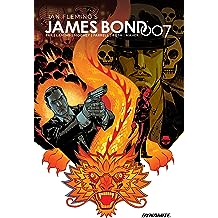 James Bond: 007 (2018-) Vol. 1 4 Dec, 2019
by Greg Pak, Marc Laming
( 65 )
₹ 1,311.45
The ODD JOB epic begins in a new ongoing James Bond comic series by superstars GREG PAK (Planet Hulk, Mech Cadet Yu) and MARC LAMING (Star Wars, Wonder Woman)! Agent 007 tracks a smuggler into Singapore to secure a dangerous case, contents unknown. But a Korean mystery man wants the case as well, for very different reasons. And if Bond and this new rival don't kill each other, the ruthless terrorist organization known as ORU will be more than happy to finish the job!
Read more
Other Formats: Hardcover
inclusive of all taxes 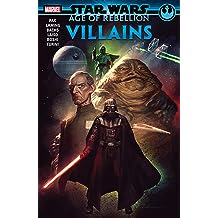 The Age of Star Wars - an epic series of adventures uniting your favorite characters from all eras - reaches the iconic villains of the Original Trilogy! Boba Fett has earned his reputation as one of the galaxy's greatest bounty hunters, but what heart - if any - beats under that Mandalorian armor? Fury burns deep inside Darth Vader when a mere moff dares command him - but at what point does Vader show his true mettle? Discover what makes the name of Jabba the Hutt so feared across the galaxy! Behold the secret story of Grand Moff Tarkin! And get to know the cold, calculating assassin droid known as IG-88!
Read more
Other Formats: Paperback
inclusive of all taxes 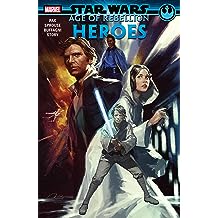 The Age of Star Wars - an epic series of adventures uniting your favorite characters from all eras - reaches the heroic icons of the Original Trilogy! Han Solo is ready to take his reward and return to life as a scoundrel - until a certain kid he knows asks for one last favor! Former smuggler Lando Calrissian's dream of a life of leisure and luxury depends on one final scam! Luke Skywalker faces his first temptation - will he give in to the dark side? Leia takes on the identity of bounty hunter Boushh to rescue Han from Jabba the Hutt - but first, she must prove herself to Bossk! Plus: Jedi Master Yoda! And ace pilots Biggs Darklighter and Jek Porkins!
Read more
Other Formats: Paperback
inclusive of all taxes 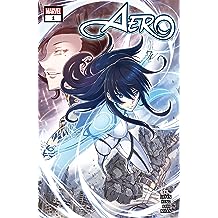 Aero (2019-) #1 3 Jul, 2019
by Zhou Liefen, Greg Pak, Keng, Pop Mhan
( 5 )
₹ 166.95
CATCH THE WAVE! ALL NEW ONGOING SERIES! The breakout stars of WAR OF THE REALMS: AGENTS OF ATLAS debut in an oversized team-up book! Get ready for the English language debut of the first appearance of AERO, the high-flying Shanghaiese superheroine created for Marvel by Zhou Liefen and Keng! And in a brand new story written by PLANET HULK writer Greg Pak, Aero teams up with WAVE, Marvel’s newest Filipina superheroine! What strange forces have turned the buildings of Shanghai into monstrous golems? And what is the SECRET ORIGIN OF WAVE?
Read more
inclusive of all taxes 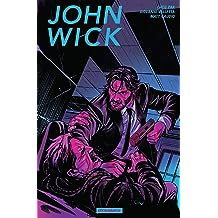 John Wick Vol. 1 24 Apr, 2019
by Greg Pak, Giovanni Valletta, Matt Gaudio
( 347 )
₹ 838.95
When a young John Wick embarks upon an epic vendetta, he comes up against a strange, powerful community of assassins and must learn how to master the rules that guide their lethal business. What are the Three Bills? Who is Calamity? And why is John Wick seeking vengeance?
Read more
Other Formats: Hardcover , Paperback
inclusive of all taxes 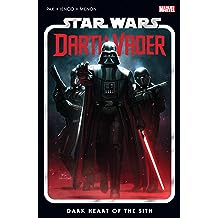 A new chapter in the Sith Lord’s saga begins here! “Join me, and together we can rule the galaxy as father and son!” In the shattering climax of The Empire Strikes Back, Darth Vader revealed his true relationship to Luke Skywalker and invited his son to stand at his side. But a horrified Luke chose to plunge into the abyss beneath Cloud City rather than turn to the Dark Side. Now Vader embarks on a bloody mission of rage-filled revenge against everything and everyone who helped to hide and corrupt his only son. But Vader must overcome shocking new challenges from his own dark past, including a hauntingly familiar face that will challenge everything he knows!
Read more
Other Formats: Paperback
inclusive of all taxes 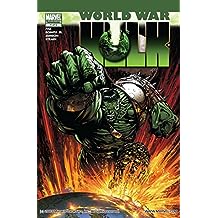 World War Hulk #1 (of 5) 13 Jun, 2007
by Greg Pak, David Finch, John Romita, Klaus Janson, Christina Strain
( 1 )
₹ 166.95
Double-sized first issue! Exiled by a group of Marvel "heroes" to the savage alien planet of Sakaar, the Hulk raged, bled and conquered through the pages of last year's "Planet Hulk" epic, rising from slave to gladiator to king. Now the Hulk returns to Earth to wreak his terrible vengeance on Iron Man, Reed Richards, Dr. Strange and Black Bolt -- and anyone else who gets in his way. Stronger than ever, accompanied by his monstrous Warbound gladiator allies, and possessed by the fiercest and purest rage imaginable, the Hulk may just tear this stupid planet in half.
Read more
inclusive of all taxes
Back to top
Get to Know Us
Connect with Us
Make Money with Us
Let Us Help You
EnglishChoose a language for shopping.
© 1996-2022, Amazon.com, Inc. or its affiliates