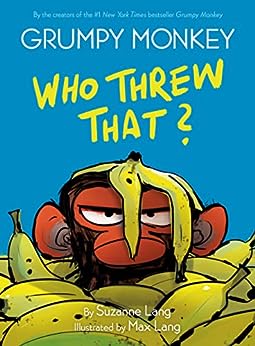 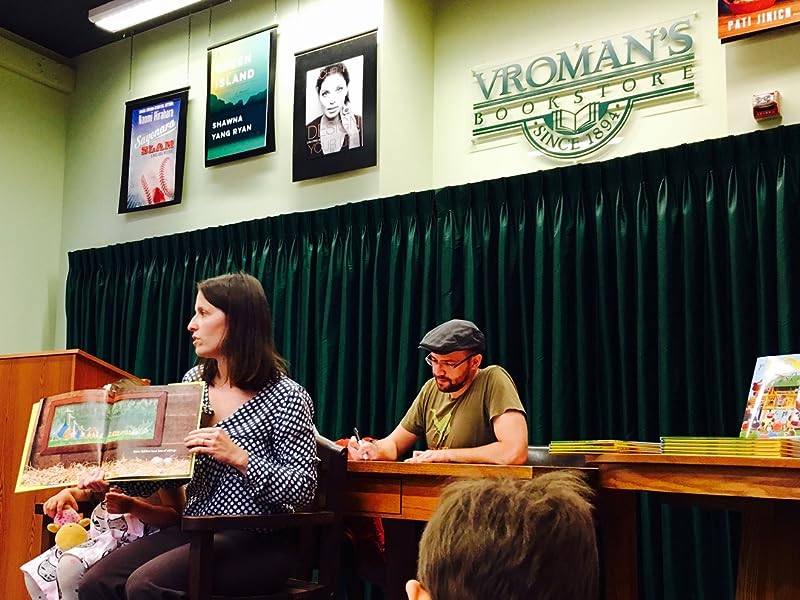 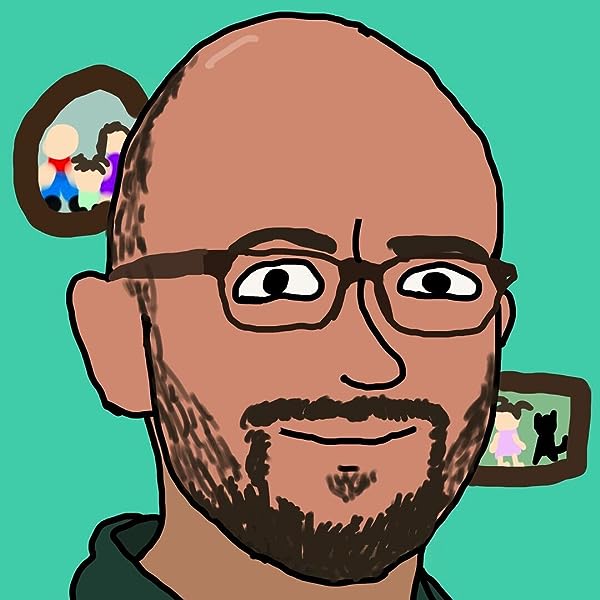 by Suzanne Lang (Author), Max Lang (Illustrator) Format: Kindle Edition
Book 2 of 2: Grumpy Monkey Graphic Novels
See all formats and editions
Sorry, there was a problem loading this page. Try again.
This early graphic novel chapter book based on the #1 New York Times bestselling Grumpy Monkey is perfect for children who love the original picture books and are ready for the next step. A longer storyline, multiple panels per page, and hilarious dialogue will keep kids laughing all the way to the end, when Jim Panzee learns an important lesson about apologies.

Jim Panzee is demonstrating a new magic trick when he’s interrupted by two oxpeckers cooing over each other. Annoyed, he tosses a banana peel from his branch and, even worse, denies doing it!

Now the real trouble begins when Jim Panzee is banished from the jungle. Best friend Norman joins him and they end up in the desert.  But the desert isn’t a happy place for them, especially Norman. Too much heat in the daytime, too much cold at night, and the lack of bananas are big problems. In order to help his best buddy, Jim agrees to return to the jungle. But the only way he will be welcomed back is if he apologizes. Will grumpy monkey Jim be able to do that?
Read more
Previous page
Next page
Kindle e-Readers
Kindle Fire Tablets
Free Kindle Reading Apps
Available on these devices
Books in this series: (2 books)
Complete Series
Grumpy Monkey Graphic Novels
Kindle Edition
Page 1 of 1Start OverPage 1 of 1
Previous page
Next page

SUZANNE LANG produces, develops, and writes children's television. Formerly with Cartoon Network, she is presently the story editor of an animated comedy series for Cake Entertainment and Copa Studios. Suzanne has a BFA in film and television from NYU's T­isch School of the Arts.

MAX LANG is an animation director, storyboard artist, character designer, and illustrator. He codirected the adaptation of The Gruffalo, which was nominated for an Oscar and a BAFTA, as well as the adaptation of the picture book Room on the Broom, which has won numerous awards, including the Cristal for Best TV Production at the Annecy Animation Festival. --This text refers to the library edition.

4.5 out of 5 stars
4.5 out of 5
38 global ratings
How are ratings calculated?
To calculate the overall star rating and percentage breakdown by star, we don’t use a simple average. Instead, our system considers things like how recent a review is and if the reviewer bought the item on Amazon. It also analyses reviews to verify trustworthiness.

Keith white
5.0 out of 5 stars My son loves grumpy Monkey !
Reviewed in Canada 🇨🇦 on 6 October 2022
Verified Purchase
My son loves this book I read it to him last night,he asks for it and makes comments about it parts of the book .he loves the grumpy Monkey series .
Read more
Report abuse

Ana W.
5.0 out of 5 stars Suzanne and Max Lang did it again!
Reviewed in the United States 🇺🇸 on 29 September 2022
Verified Purchase
A fun yet educational book with great illustration and dialogue. Doesn't get better than this! Cannot ask for more! Highly recommended!
Read more
2 people found this helpful
Report abuse

Paul B. Jr
3.0 out of 5 stars Inappropriate language for younger kids
Reviewed in the United States 🇺🇸 on 5 October 2022
Verified Purchase
the biggest down fall for this book is the CONSTANT use of the word nincompoop. i get that its not a "Bad" word, just not something i want my kids repeating because they heard it in one of their favorite book series....
Read more
Report abuse

Kate
5.0 out of 5 stars Another great book
Reviewed in the United States 🇺🇸 on 21 November 2022
Verified Purchase
My children have always loved these books, and this is no exception
Read more
Report abuse
See all reviews
Report an issue
Does this item contain inappropriate content?
Report
Do you believe that this item violates a copyright?
Report
Does this item contain quality or formatting issues?
Report