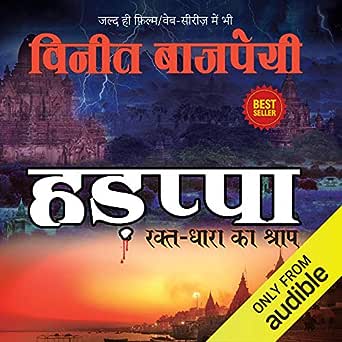 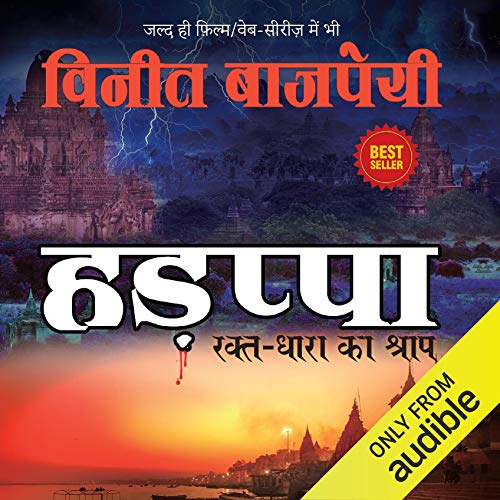 4.4 out of 5 stars
4.4 out of 5
132 global ratings
How are ratings calculated?
To calculate the overall star rating and percentage breakdown by star, we don’t use a simple average. Instead, our system considers things like how recent a review is and if the reviewer bought the item on Amazon. It also analyses reviews to verify trustworthiness.

Akash Maheshwari
5.0 out of 5 stars A no nonsense real page turner
Reviewed in India on 1 June 2019
Verified Purchase
finished... 4 hours all it took...
I can't believe that anyone can match the level of Amish Tripathi & Ashwin Sanghi in thrill and storytelling in mythological fiction but Vineet Bajpai have done it man... A no nonsense, real page turner... Every character has a relevance to the story, every event leads to the great suspense... If you love the mythological fiction this one is must read guyz...
5 out of 5 Book-Marks

Manish Singh
5.0 out of 5 stars Amazing
Reviewed in India on 26 May 2019
Verified Purchase
Excellent story with masterclass suspense, good use of history and science
Recommend everyone to read it
Waiting for second part to be available in Hindi e-book

Ratan
5.0 out of 5 stars Excellent book
Reviewed in India on 4 July 2019
Verified Purchase
Excellent book very interesting but drawback is i can't get it's continuation of book PRALAY and KASHI in hindi. Now I am frustrated. Please help me to find hindi addition of these books PRALAY and KASHI
Read more
2 people found this helpful
Helpful
Comment Report abuse
See all reviews
Unlimited FREE fast delivery, video streaming & more
Prime members enjoy unlimited free, fast delivery on eligible items, video streaming, ad-free music, exclusive access to deals & more.
> Get started
Back to top
Get to Know Us
Connect with Us
Make Money with Us
Let Us Help You
EnglishChoose a language for shopping.
© 1996-2020, Amazon.com, Inc. or its affiliates