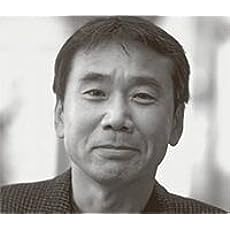 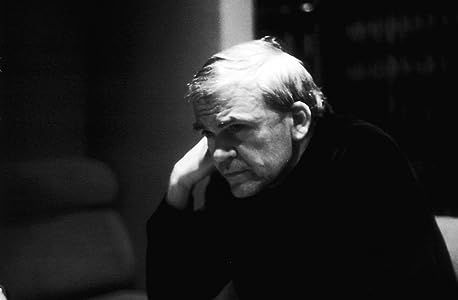 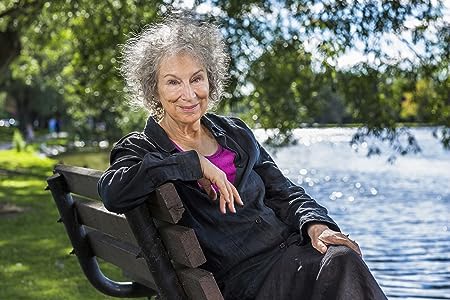 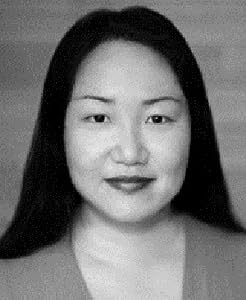 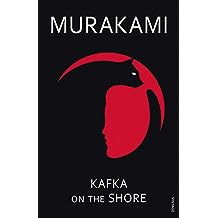 Kafka Tamura runs away from home at fifteen, under the shadow of his father's dark prophesy.

As their parallel odysseys unravel, cats converse with people; fish tumble from the sky; a ghost-like pimp deploys a Hegel-spouting girl of the night; a forest harbours soldiers apparently un-aged since World War II. There is a savage killing, but the identity of both victim and killer is a riddle - one of many which combine to create an elegant and dreamlike masterpiece. 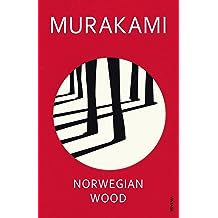 Read the haunting love story that turned Murakami into a literary superstar.

When he hears her favourite Beatles song, Toru Watanabe recalls his first love Naoko, the girlfriend of his best friend Kizuki. Immediately he is transported back almost twenty years to his student days in Tokyo, adrift in a world of uneasy friendships, casual sex, passion, loss and desire - to a time when an impetuous young woman called Midori marches into his life and he has to choose between the future and the past.

'Evocative, entertaining, sexy and funny; but then Murakami is one of the best writers around' Time Out

'Such is the exquisite, gossamer construction of Murakami's writing that everything he chooses to describe trembles with symbolic possibility' Guardian

'This book is undeniably hip, full of student uprisings, free love, booze and 1960s pop, it's also genuinely emotionally engaging, and describes the highs of adolescence as well as the lows' Independent on Sunday 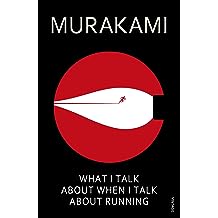 ‘Pain is inevitable, suffering is optional’

A compelling mediation on the power of running and a fascinating insight into the life of this internationally bestselling writer.


In 1982, having sold his jazz bar to devote himself to writing, Murakami began running to keep fit. A year later, he'd completed a solo course from Athens to Marathon, and now, after dozens of such races, he reflects upon the influence the sport has had on his life and on his writing.

Equal parts travelogue, training log and reminiscence, this revealing memoir covers his four-month preparation for the 2005 New York City Marathon and settings ranging from Tokyo's Jingu Gaien gardens, where he once shared the course with an Olympian, to the Charles River in Boston.

By turns funny and sobering, playful and philosophical, this is a must-read for fans of this masterful yet private writer as well as for the exploding population of athletes who find similar satisfaction in distance running.

'There can never have been a book quite like this memoir of running and writing before. In its self-contained way, it's nothing less than an inspiration' Evening Standard

'Hugely enjoyable...You don't have to have run a marathon to be captivated' Sunday Telegraph 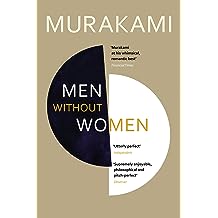 Across seven tales, Haruki Murakami brings his powers of observation to bear on the lives of men who, in their own ways, find themselves alone. Here are vanishing cats and smoky bars, lonely hearts and mysterious women, baseball and the Beatles, woven together to tell stories that speak to us all.

Marked by the same wry humour that has defined his entire body of work, in this collection Murakami has crafted another contemporary classic.

‘Supremely enjoyable, philosophical and pitch-perfect new collection of short stories…Murakami has a marvelous understanding of youth and age’ Observer 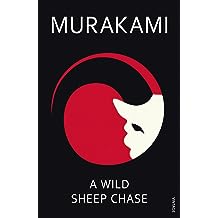 The man was leading an aimless life, time passing, one big blank. His girlfriend has perfectly formed ears, ears with the power to bewitch, marvels of creation. The man receives a letter from a friend, enclosing a seemingly innocent photograph of sheep, and a request: place the photograph somewhere it will be seen.

Then, one September afternoon, the phone rings, and the adventure begins. Welcome to the wild sheep chase. 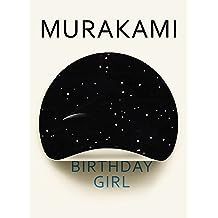 She waited on tables as usual that day, her twentieth birthday. She always worked Fridays, but if things had gone according to plan on that particular Friday, she would have had the night off. 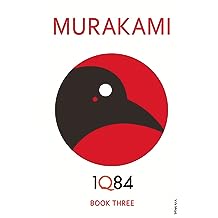 Book Two of 1Q84 ended with Aomame standing on the Metropolitan Expressway with a gun between her lips.

She knows she is being hunted, and that she has put herself in terrible danger in order to save the man she loves.

But things are moving forward, and Aomame does not yet know that she and Tengo are more closely bound than ever.

Tengo is searching for Aomame, and he must find her before this world's rules loosen up too much.

He must find her before someone else does. 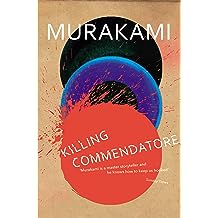 We all live our lives carrying secrets we cannot disclose.

'Beguiling... Murakami is brilliant at folding the humdrum alongside the supernatural; finding the magic that's nested in life's quotidian details' Guardian

When a thirty-something portrait painter is abandoned by his wife, he holes up in the mountain home of a famous artist. The days drift by, spent painting, listening to music and drinking whiskey in the evenings. But then he discovers a strange painting in the attic and unintentionally begins a strange journey of self-discovery that involves a mysterious ringing bell, a precocious thirteen-year-old girl, a Nazi assassination attempt and a haunted underworld.

A stunning work of imagination, Killing Commendatore is a surreal tale of love and loneliness, war and art. 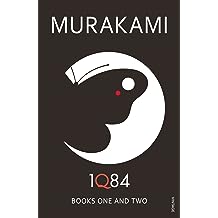 Haruki Murakami is an international phenomenon. When Books One and Two of his latest masterpiece, 1Q84, were published in Japan, a million copies were sold in one month, and the critical acclaim that ensued was reported all over the globe. Readers were transfixed by the mesmerising story of Aomame and Tengo and the strange parallel universe they inhabit. Then, one year later, to the surprise and delight of his readers, Murakami published an unexpected Book Three, bringing the story to a close.

In order to reflect the experience of 1Q84's first readers, Harvill Secker is publishing Books One and Two in one beautifully designed volume and Book Three in a separate edition. A long-awaited treat for his fans, 1Q84 is also a thrilling introduction to the unique world of Murakami's imagination. This hypnotically addictive novel is a work of startling originality and, as the title suggests, a mind-bending ode to George Orwell's Nineteen Eighty-Four. (The number 9 in Japanese is pronounced like the letter 'Q').

The year is 1984. Aomame sits in a taxi on the expressway in Tokyo.

Her work is not the kind which can be discussed in public but she is in a hurry to carry out an assignment and, with the traffic at a stand-still, the driver proposes a solution. She agrees, but as a result of her actions starts to feel increasingly detached from the real world. She has been on a top-secret mission, and her next job will lead her to encounter the apparently superhuman founder of a religious cult.

Meanwhile, Tengo is leading a nondescript life but wishes to become a writer. He inadvertently becomes involved in a strange affair surrounding a literary prize to which a mysterious seventeen-year-old girl has submitted her remarkable first novel. It seems to be based on her own experiences and moves readers in unusual ways. Can her story really be true?

Both Aomame and Tengo notice that the world has grown strange; both realise that they are indispensable to each other. While their stories influence one another, at times by accident and at times intentionally, the two come closer and closer to intertwining.

COLORLESS TSUKURU TAZAKI AND HIS YEARS OF PILGRIMAGE

'The reason why death had such a hold on Tsukuru Tazaki was clear. One day his four closest friends, the friends he’d known for a long time, announced that they did not want to see him, or talk with him, ever again' 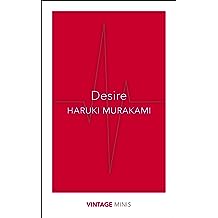 You’ve just passed someone on the street who could be the love of your life, the person you’re destined for – what do you do? In Murakami’s world, you tell them a story. The five weird and wonderful tales collected here each unlock the many-tongued language of desire, whether it takes the form of hunger, lust, sudden infatuation or the secret longings of the heart. 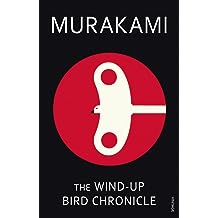 His wife is growing more distant every day.

Then there are the increasingly explicit telephone calls he has recently been receiving.

As this compelling story unfolds, the tidy suburban realities of Okada's vague and blameless life, spent cooking, reading, listening to jazz and opera and drinking beer at the kitchen table, are turned inside out, and he embarks on a bizarre journey, guided (however obscurely) by a succession of characters, each with a tale to tell.

'Deeply philosophical and teasingly perplexing, it is impossible to put down' Daily Telegraph

'Mesmerising, surreal, this really is the work of a true original' The Times 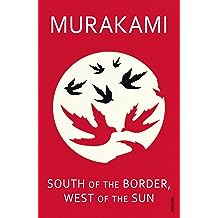 Growing up in the suburbs in post-war Japan, it seemed to Hajime that everyone but him had brothers and sisters. His sole companion was Shimamoto, also an only child. Together they spent long afternoons listening to her father's record collection. But when his family moved away, the two lost touch.
Now Hajime is in his thirties. After a decade of drifting he has found happiness with his loving wife and two daughters, and success running a jazz bar. Then Shimamoto reappears. She is beautiful, intense, enveloped in mystery. Hajime is catapulted into the past, putting at risk all he has in the present.

COLORLESS TSUKURU TAZAKI AND HIS YEARS OF PILGRIMAGE

'The reason why death had such a hold on Tsukuru Tazaki was clear. One day his four closest friends, the friends he’d known for a long time, announced that they did not want to see him, or talk with him, ever again'