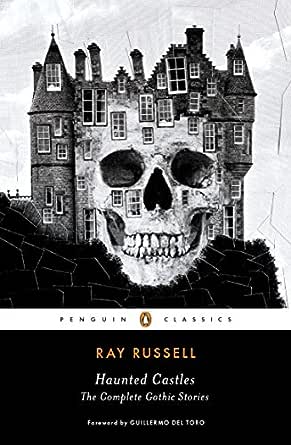 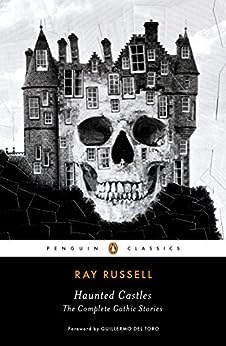 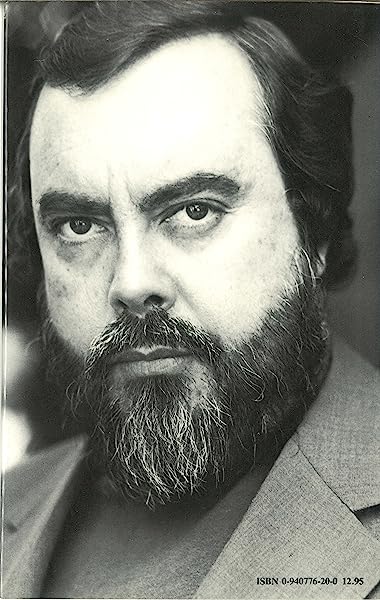 "Russell links postpulp literature and the Grand Guignol tradition with the modern sensibilities of America in the 1960s. Within him resides a neo-paganistic streak that is passed from Algernon Blackwood and Sax Rohmer to him and other writers of unusual proclivities, such as Bernard J. Hurwood. A fascinating combination of the liberal and the heretic... Russell is the literary equivalent of the Italian filmmaker Mario Bava, a supersaturated neo-Gothiscist who shines above the premises of his material based on style, conviction, and artistic flair." - Guillermo del Toro, from the introduction

“The new Penguin Horror editions, selected by Guillermo del Toro, feature some of the best art-direction (by Paul Buckley) I've seen in a cover in quite some time.” – Cory Doctorow, Boing Boing

"Each cover does a pretty spectacular job of evoking the mood of the title in bold, screenprint-style iconography." – Dan Solomon, Fast Company --This text refers to the hardcover edition.

RAY RUSSELL was born in 1924 in Chicago, Illinois, and served in the United States Air Force during World War II in the South Pacific. After the war, he attended the Chicago Conservatory of Music and eventually joined the editorial staff at Playboy, helping turn the magazine into a showcase for imaginative fiction. At Playboy, Russell published such writers as Ray Bradbury, Kurt Vonnegut, Richard Matheson, Jack Finney, Robert Bloch, and Charles Beaumont, while also editing many of the bestselling Playboy anthologies, including The Playboy Book of Science Fiction and Fantasy and the Playboy Book of Horror and the Supernatural. His first novel, The Case Against Satan, will appear in Penguin Classics in 2014, and his best known work, "Sardonicus," was called by Stephen King "perhaps the finest example of the modern Gothic ever written. His work also included publications in The Paris Review and several screenplays, including Mr. Sardonicus, The Horror of it All, and X: The Man with the X-Ray Eyes. Russell received the World Fantasy Award for Lifetime Achievement in 1991. He passed away in Los Angeles in 1999.

GUILLERMO DEL TORO is a Mexican director, producer, screenwriter, novelist, and designer. He both cofounded the Guadalajara International Film Festival and formed his own production company—the Tequila Gang. However, he is most recognized for his Academy Award-winning film, Pan’s Labyrinth, and the Hellboy film franchise. He has received Nebula and Hugo awards, was nominated for a Bram Stoker Award, and is an avid collector and student of arcane memorabilia and weird fiction.

4.6 out of 5 stars
4.6 out of 5
189 global ratings
How are ratings calculated?
To calculate the overall star rating and percentage breakdown by star, we don’t use a simple average. Instead, our system considers things like how recent a review is and if the reviewer bought the item on Amazon. It also analyses reviews to verify trustworthiness.

Amazon Customer
5.0 out of 5 stars Great anthology series for every horror hound!
Reviewed in India on 6 October 2018
Verified Purchase
A must read for all the ghouls out there. Ray Russell is the master of all anthologies. His stories are meant to creep you from within with chills and scratches at that deep fear that we all have at the back of our skulls. This book has a double treat for all horror fans as well because Guillermo del Toro wrote a not so short introduction describing his experiences as a movie maker and a reader overall. The book is hardbound and looks good in a book shelf as well. Overall 5 stars.
Read more
One person found this helpful
Helpful
Report abuse

JK
5.0 out of 5 stars Short horror story collection by Ray Russell. Highly recommended.
Reviewed in the United Kingdom on 10 August 2014
Verified Purchase
Haunted Castles is "The Complete Gothic Stories" of Ray Russell. Published by Penquin as one of a series, edited by Guillermo del Toro, and a modern edition of the original USA publication from 1985.

Ray Russell was born in the early 1920s. His novels are now mostly out of print, keep your eyes open for stray copies, I was surprised and delighted to find this short story collection.

It's probably worth mentioning much of Russell's work heralds from the 1960s - 1970s. It has that vibe and you need to approach his stories without prejudice. What you'll find is an odd blend of the mysterious and grotesque wrapped in a thick blanket of modern Gothic; castles, deformity, torture chambers, beautiful women and insanity feature large.

Scary?. Not for any fan of contemporary horror but; Ray Russell regularly crossed the boundaries between what was or wasn't acceptable. He mixed it up. His style of Modern Gothic/Classic Horror/Playboy was 'horror for the masses' and influenced some of the most popular of our current crop of horror writers.

I can't recommend highly enough. A must for fans of real horror writing.

S. Murray
5.0 out of 5 stars Lesser known genius...
Reviewed in the United Kingdom on 26 April 2017
Verified Purchase
Excellent Gothic style stories. A twist on the Jekyll and Hyde theme and a tale of Elisabeth Bathory...in the first person. I love 'Sardonicus' though. I thought it might be a play on 'The Man Who Laughs' . But it isn't...
Read more
2 people found this helpful
Report abuse

Dean Thornton
4.0 out of 5 stars This collection of Gothic Horror looks very good!
Reviewed in the United Kingdom on 24 October 2019
Verified Purchase
I'm really looking forward to reading this collection of Gothic Horror stories! As this edition is in the Penguin Classics range, I'm in for a good read! The book arrived quickly. Very good. Thanks.
Read more
Report abuse

Mycroft Holmes
5.0 out of 5 stars Great stuff
Reviewed in the United Kingdom on 21 November 2016
Verified Purchase
A great collection of stories. All are variation on themes of other horror stories, but with an additional twist or a clever story telling to keep you on your toes.If you like Blackwoord, Fanu, et al, you'll love these.
Read more
3 people found this helpful
Report abuse

Amazon Customer
5.0 out of 5 stars Five Stars
Reviewed in the United Kingdom on 21 July 2017
Verified Purchase
Just brilliant. Well done Penguin on republishing Mr. Russell's stories. More please!
Read more
One person found this helpful
Report abuse
See all reviews
Back to top
Get to Know Us
Connect with Us
Make Money with Us
Let Us Help You
EnglishChoose a language for shopping.
© 1996-2021, Amazon.com, Inc. or its affiliates