Flip to back Flip to front
Listen Playing... Paused   You're listening to a sample of the Audible audio edition.
Learn more.
See all 15 images 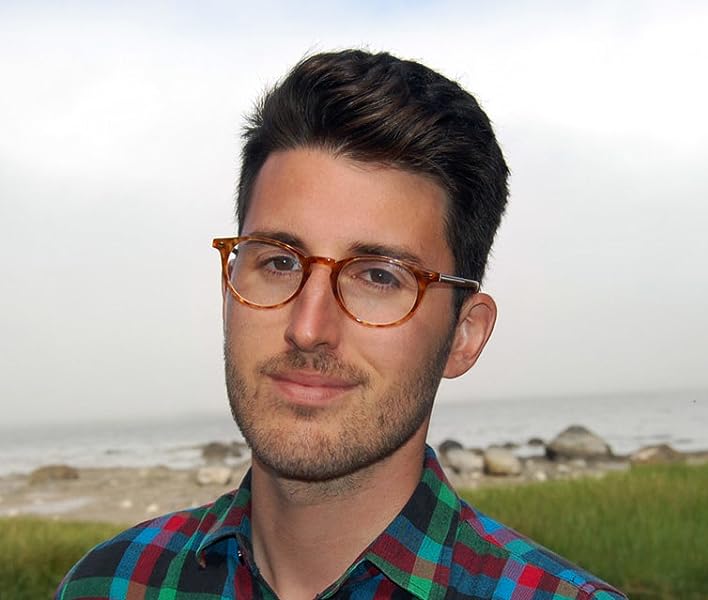 "Our number one choice of picture books from the first half of 2018 is Hello Hello, a gorgeous and cheerful celebration of animals of all shapes and sizes that will inspire children to care for all the world's wild creatures." --Working Mother

"Deceptively simple but gorgeously realized, with a powerful statement about celebrating and protecting the Earth's fauna in all its diverse (yet interconnected) splendor." -School Library Journal

"Brendan Wenzel's colorful introduction to the world of animals encourages exploration and preservation."—Today.com

"A vibrant book with fantastic colors and a important message.." -Book Riot

The Washington Post Best Children's Books of the Year

Book Riot Favorite Books of the Year So Far

Working Mother Best Books of the Year So Far

★ "A celebration of the myriad forms of animal life this planet hosts . . . a joyful way to deliver a message about the fragility of life on Earth and what would be lost if more of it disappeared." —Publishers Weekly, starred review

★ "This uplifting visual delight will inspire a new generation of youngsters to love the natural world." —Shelf Awareness, starred review

"One of 2018's must-haves for children." -—Entertainment Weekly

"Hello Hello spreads its arms wide, introducing the staggering range of species that share the earth - many of them endangered or threatened. Wenzel's vibrant collaged art and simple rhythms call to mind Eric Carle, with a factual-minded touch." -The New York Times

"This exuberant, welcoming look at the hundreds of animals that share the planet with humans is both poignant and lighthearted" —The Washington Post

"A subtle exhortation to notice the beauty and variety of animals, especially rare and endangered ones." -The Wall Street Journal

"Fun and bright and sure to be a favorite among kids and parents alike." —Book Riot

"A satisfyingly complex and immersive experience." —The Horn Book Magazine

Brendan Wenzel is an author and illustrator based in upstate New York. His debut picture book, They All Saw a Cat, was a New York Times bestseller and the recipient of a 2017 Caldecott Honor. An ardent conservationist, he is a proud collaborator with many organizations working to ensure the future of wild places and threatened species.

Start reading Hello Hello on your Kindle in under a minute.

4.7 out of 5 stars
4.7 out of 5
755 global ratings
How are ratings calculated?
To calculate the overall star rating and percentage breakdown by star, we don’t use a simple average. Instead, our system considers things like how recent a review is and if the reviewer bought the item on Amazon. It also analyses reviews to verify trustworthiness.

Sarah
5.0 out of 5 stars Beautiful book
Reviewed in the United Kingdom on 18 January 2020
Verified Purchase
The illustrations are stunning and I love that there is a list of all the species throughout the book at the end. 8 month old loved looking at the pictures and I'm sure it'll hold his interest for years to come!
Read more
Report abuse

Anneta
5.0 out of 5 stars A WONDERFUL book!
Reviewed in the United Kingdom on 10 September 2020
Verified Purchase
This fantastic book is ideal for young learners of English .
Read more
Report abuse

Rachael
5.0 out of 5 stars Wonderful Read-Aloud With Beautiful Illustrations
Reviewed in Canada on 25 June 2019
Verified Purchase
Hello Hello is one of the most interestingly illustrated books we own. It starts simply enough, with a black cat and a white cat, but as you progress through the book you encounter a delightful array of fantastic, real, creatures from all over the earth! The text is simple and fun, I enjoy reading this one aloud to our toddler and she loves looking at the unique creatures! Highly recommend for 2-6 year olds.
Read more
Report abuse

Jess
5.0 out of 5 stars Awesome book for a wide range of ages (but would make a great baby shower gift) - totally one to buy!
Reviewed in the United States on 26 March 2018
Verified Purchase
My almost-3 and 7 year old both absolutely love this book - and so do I! :)
Each time we read it together, we spot new and interesting elements in the illustrations (like how one animal rolls into the next page...a bit of foreshadowing!). Thea last pages are really interesting as they detail each animal which made an appearance in the book with a corresponding number - which tells you the animal's name and whether it is endangered, threatened, ok, etc. My son (who will turn 3 next month) wants me to read this over and over and over again. My daughter (7) said she loves this but "They All Saw A Cat" had more depth and was more interesting to her. I love this illustrator's Bugs and Beastly Babies books, but I think this one might be my personal favorite due to all the colors and animations on the animals' faces. This would make a great baby shower gift (with a name like Hello Hello -- and the book's beginning focus on black-and-white illustrations, which I think babies supposedly are most captivated by at first? Although the book quickly changes to colorful animals). It is also great for that 2-4 year old age with its focus on opposites - and older (5+) for learning the animal names. LOVE IT. I struggled with whether to buy this or take it out from the library, but I'm glad I bought it and now will buy They All Saw A Cat since I didn't realize what a huge impact that one had on my daughter. :)

Read more
17 people found this helpful
Report abuse
See all reviews
Back to top
Get to Know Us
Connect with Us
Make Money with Us
Let Us Help You
EnglishChoose a language for shopping.
© 1996-2021, Amazon.com, Inc. or its affiliates