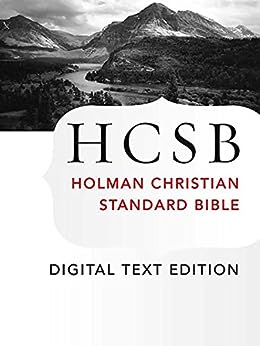 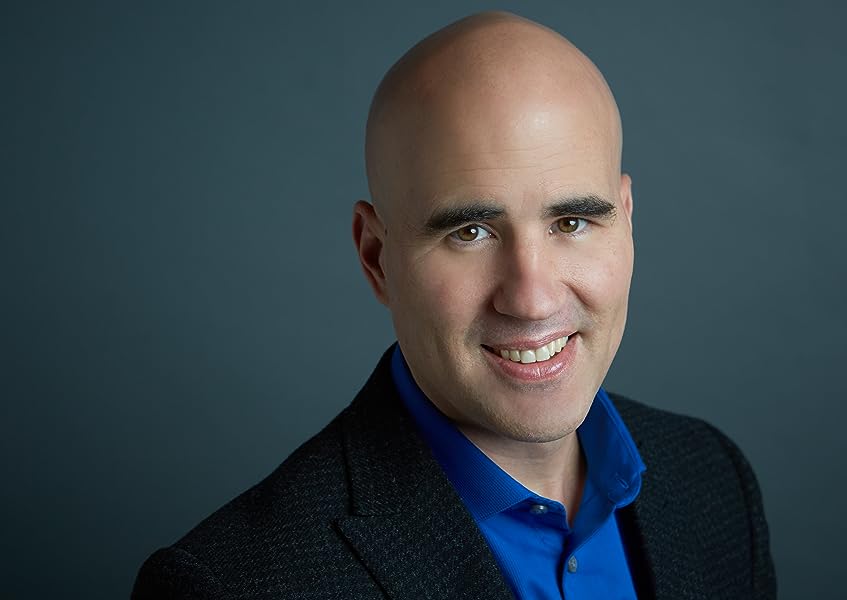 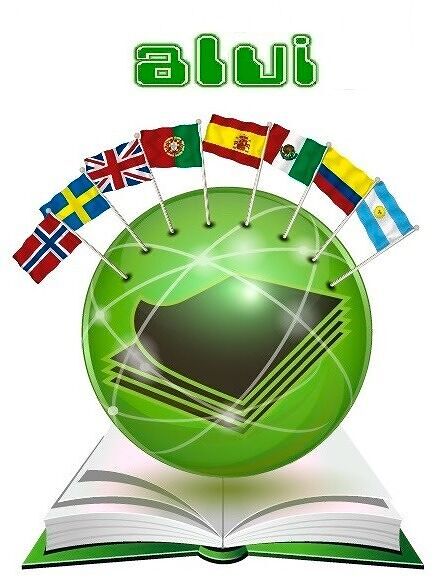 4.5 out of 5 stars
4.5 out of 5
2,088 global ratings
How are ratings calculated?
To calculate the overall star rating and percentage breakdown by star, we don’t use a simple average. Instead, our system considers things like how recent a review is and if the reviewer bought the item on Amazon. It also analyses reviews to verify trustworthiness.
Top reviews

Amazon Customer
1.0 out of 5 stars newer kindle updates mess with the navigation features of this book.
Reviewed in India on 8 January 2018
Verified Purchase
The latest firmware update from kindle reader disables the navigation on the bible. chapters in the book cannot be navigated from the chapter list at the beginning of each book. please address this.
Read more
Helpful
Report abuse

Kiran Kumar
1.0 out of 5 stars PRODUCT NOT RECEIVED?
Reviewed in India on 8 October 2017
Verified Purchase
Not yet received the product until now. I didn't get any status update from Amazon r any mails from amazon team. Try to sort out this problem ASAP.@&#
Read more
Helpful
Report abuse

Amazon Customer
5.0 out of 5 stars Word of GOD
Reviewed in India on 19 May 2016
Reading Gods word is a blessing, Read every day and desire to follow the instructions. Excellent book for Godly living.
Read more
Helpful
Report abuse

Nirbhay Bapna
5.0 out of 5 stars Great book
Reviewed in India on 4 January 2017
A very nice explanation of the Bible. Most of the things and sermons are relevant in the present scenario too.
Read more
Helpful
Report abuse
See all reviews

outlawuk
5.0 out of 5 stars Dec 2010 updated Kindle version
Reviewed in the United Kingdom on 11 January 2011
Verified Purchase
This basic HCSB Kindle edition was re-issued in December 2010. I did try it beforehand and returned it because it was so tiresome to find any particular book. The table of contents listed all the chapters after the book names, so the contents was perhaps 47 pages long. But at only £0.72p in England perhaps I was nit-picking.
It has been improved in December 2010 and re-issued. Although there is only a table of contents as opposed to a book index, it is now easier to navigate. The Bible text does not have endless footnote and cross-reference superscript numbers (because there aren't any) and is, consequently, easier to read.
I like the HCSB and it reads well. I'm not a Bible expert but only an occasional reader but I'd say that it fits comfortably between the ESV which requires more thought when reading, and the NLT which uses more modern language and sentence structure. My impression is that the HCSB mostly uses similarly modern language to the NLT, but manages to retain more of the original sentence order and structure. It reads well and I like it.
If you just want to 'read' the bible on the Kindle I'd say you cannot go wrong with this cheap HCSB download. That said the new HCSB Study Bible is good in Kindle format and has decent cross-referencing and navigation though I'd say that the ESV Study Bible still has the best Kindle navigation of all (but HCSB is almost as good and not defective in any way) at less than half the price of the HCSB Study Bible.
My suggestion: Buy this cheap HCSB Bible and if you like it (ignoring the higher price) then go on to buy the HCSB Study Bible.
Read more
75 people found this helpful
Report abuse

K. J. Lund
5.0 out of 5 stars Great free Bible with a very readable translation
Reviewed in the United Kingdom on 10 February 2011
Verified Purchase
I'm so glad there is a free version of the Bible for the Kindle.

Like other reviewers, I hadn't heard of this translation, although since downloading I have noticed that it is included on the [...] list of translations which gives it more authenticity in my eyes now.

It's searchable and definitely readable. I have an NLT version at home but this is fine too.

If you want a Bible on your Kindle for any reason, I definitely suggest you download this immediately.

Thanks to the publishers for making it free!
Read more
39 people found this helpful
Report abuse

David Austin
3.0 out of 5 stars A good, but slightly less than ideal, translation
Reviewed in the United Kingdom on 18 July 2011
Verified Purchase
I have given the Digital Text Edition of the HCSB (Holman Christian Standard Bible) three stars. I would have preferred to have given it three and a half.

For me there are two major factors that lead me to see the HCSB as a good, but slightly less than ideal, English translation of the Bible. The first of these is the fact that the translators have proceeded from a fixed, pre-determined point of view (similar to that of the NIV's translators): namely that the Bible is 'God's inspired Word, inerrant in the original manuscripts'. So instead of attempting to approach the texts without presuppositions (no easy task, admittedly), they have settled upon the nature and meaning of these texts in advance. Indeed, one of the translators' stated aims is 'to affirm the authority of Scripture as God's Word...' This, in my view, may well be a proper aim for an evangelist (arguably), but it goes well beyond the proper remit of a conscientious translator.

My second concern centres on the style of language. For a translation that purports to present the Bible in contemporary English (as of 2010, its year of publication), some passages have a slightly dated feel to them (compared to the contemporary form of English I'm personally used to - others' experience may be different). This is particularly apparent in the translators' 'gender language policy', in which they react against what they see as a 'program [followed by others] to engineer the removal of a perceived male bias in the English language'. But in certain parts of the New Testament, the HCSB ends up using the masculine form for certain expressions where it is not actually present in the original text - much of NT Greek is, after all, gender neutral. This is, of course, a challenging area, and translators cannot win whatever they do - for me, however, the decisions the HCSB translators have made result in a few passages that do not read like the present-day English of my experience.

More positively, however, the HCSB generally reads very well and (as far as I can tell, given that I've largely forgotten the little bit of NT Greek I once learned) makes a good attempt at rendering the subtleties of the text. That is to say, it doesn't sacrifice fidelity to readability (though, as noted above, it runs the risk of sacrificing fidelity to presupposition). The translators are also to be congratulated for drawing on at least some advances in scholarly research, and for (apparently) using the best available Hebrew, Aramaic and Greek texts as the basis for their work.

As to the specific qualities of the Digital Text Edition, the HCSB is (mostly) well formatted and easily navigable (unlike some e-book editions of the Bible). These factors, along with price (free, at time of writing) give Kindle users cause to 'rejoice greatly'!

Although I've offered some criticisms of the HCSB Digital Text Edition, I am happy to recommend it.
Read more
18 people found this helpful
Report abuse

M. Dowden
5.0 out of 5 stars The Good Book
Reviewed in the United Kingdom on 1 June 2013
Verified Purchase
Lets face it, you don't have to believe in the Bible to own a copy. Especially in novels pre-20th Century it is often quoted, and still quite frequently since. If you need to look into a verse a bit deeper, then you have to dive for your bible. This edition has an active table of contents, so for instance you click on Genesis, you are then taken to another table so you can choose the chapter, if you are looking for something other than reading the whole book. As well as this you also have active notes, so you can click to look up the meaning of a word, etc. In the main the text is in black, and active notes appear in blue, but also some of the text is in red, which some people may have a problem with reading clearly.

In the whole though, this should be ideal to have on your kindle, whether to read all the way through, or just if you need one for reference; plus a boon for some people, this is set out clearly in nice up to date modern English.
Read more
3 people found this helpful
Report abuse

K. Slater
4.0 out of 5 stars Modern Bible translation.
Reviewed in the United Kingdom on 25 May 2012
Verified Purchase
I rate this translation highly. I feel that it is certainly a translation rather than a paraphrase and I have more confidence in this Bible than some others for this reason. I think that this is a most useful Bible to have on my desk along with one or two others and it adds a degree of freshness to Bible reading. It doesn't seem to be too well known yet in the UK and for this reason I don't see many people using it in communal worship and I have not yet heard anyone publicly reading from it in church services. In time I am sure that it will grow to be more widely known and used. It may not be a perfect translation and no doubt there will be some who will find their faults with it, but that happens with all new translations anyway.
Read more
2 people found this helpful
Report abuse
See all reviews
Back to top
Get to Know Us
Connect with Us
Make Money with Us
Let Us Help You
EnglishChoose a language for shopping.
© 1996-2021, Amazon.com, Inc. or its affiliates