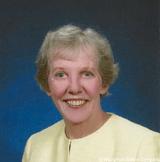 The team responsible for the Tacky the Penguin books and Princess Penelope's Parrot (1996), among others, is in rare form in this picture book, in which a swell little guy proves himself a hero to his tormentors. Wodney Wat has a problem: he can't pronounce the letter r, which makes him the butt of constant jokes and teasing. He's so distressed, in fact, that he routinely buries his head in his jacket--the closest he can come to actually disappearing. He thinks he's really in for it when big, mean, smart Camilla Capybara appears in Miss Fuzzleworth's classroom. But the tables are deftly turned when Wodney is tapped to lead a game of Simon Says: when he says Go West after a tough round of play, guess who does. Munsinger's well-detailed illustrations are superbly funny, a perfect complement to a comical story that will not only make kids laugh but also hearten those who feel they'll be outsiders forever. Booklist, ALA Rodney Rat, who can't pronounce his R's, is the shyest, most miserable kid in school, until one day he saves his classmates from the mean bully Camilla Capybara. Wodney's transformation from cowering to empowered is beautifully underscored in the humorous, expressive illustrations. Appealingly, Wodney doesn't need to overcome his impediment to be liked--and it's the impediment itself and Wodney's clever use of it that foils the villain. Horn Book A shy rodent turns his defect into strength to overcome class bully and save the day. Every page is a delight in this imaginative book, which culminates in surprising word play. Energetic illustrations capture perfectly the characters of timid Rodney, the overbearing Camilla Capybara, and their rowdy rodent classmates.
Parent's Choice (R)

Helen Lester and Lynn Munsinger have collaborated on many funny and popular books for children, including the stories starring Tacky the Penguin and Wodney Wat, as well as the new Laugh-Along series. Helen Lester is a full-time writer who makes her home in New York. Lynn Munsinger has lived in Vermont and Connecticut, devoting her time to freelance illustration.

Start reading Hooway for Wodney Wat on your Kindle in under a minute.

4.8 out of 5 stars
4.8 out of 5
389 global ratings
How are ratings calculated?
To calculate the overall star rating and percentage breakdown by star, we don’t use a simple average. Instead, our system considers things like how recent a review is and if the reviewer bought the item on Amazon. It also analyses reviews to verify trustworthiness.
Top reviews

bronya smolen
5.0 out of 5 stars Bwill
Reviewed in the United Kingdom on 5 August 2019
Verified Purchase
Wap wap wappity wap - this is a BWILLIANT book for all ages.
Read more
Report abuse

Brigid A Kehoe
5.0 out of 5 stars Hilarious!
Reviewed in the United Kingdom on 20 November 2013
Verified Purchase
A must read for pre-school through 2nd grade. Lots of kids have problems saying their "R" sound and this book is a hilarious story of how Wodney bested the class bully! All my 5 grandkids have loved this book - almost as much as I do!
Read more
Report abuse

Marie Clfiden
5.0 out of 5 stars Great book for children to cheer for those with disabilities.
Reviewed in the United Kingdom on 22 September 2018
Verified Purchase
My girls loved this book. We have bought it for several friends.
Read more
Report abuse

Amazon Customer
5.0 out of 5 stars Five Stars
Reviewed in Canada on 3 March 2018
Verified Purchase
My classroom kids loved it !
Read more
Report abuse
See all reviews
Back to top
Get to Know Us
Connect with Us
Make Money with Us
Let Us Help You
EnglishChoose a language for shopping.
© 1996-2021, Amazon.com, Inc. or its affiliates