Skip to main content
Hotel Angeline: A Novel in 36 Voices and over 2 million other books are available for Amazon Kindle . Learn more
Kindle Edition
₹ 473.55

Other sellers and formats from ₹ 473.55
Share <Embed>
Have one to sell?
Sell on Amazon 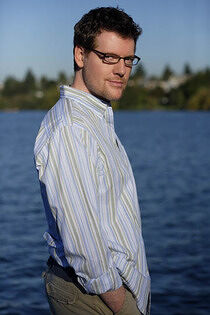 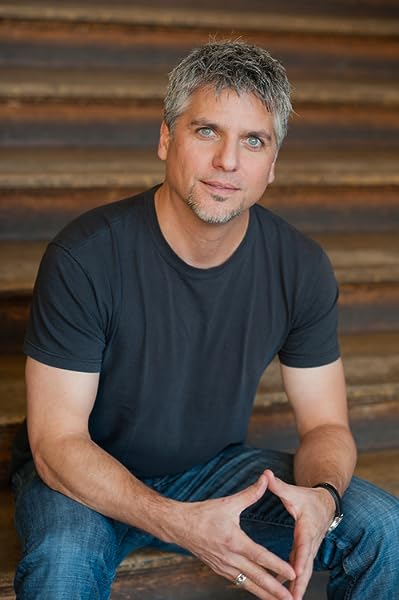 “Working on crafting the story into Hotel Angeline has been a pleasure. There’s something about this project that glows when you hold it in your hands, and I hope the readers feel that glow, too.” ―Garth Stein “This may well be the craziest―but best―thing I've ever been part of. The camaraderie of the authors, the excitement of the audience (live and online), even the long hours it took to bring it all together, were joyous and moving. Words flowing from an author’s mind through fingers to keyboard to projection screen? Absolutely incredible.” ―Jennie Shortridge “Hotel Angeline is a unique writing project, and it’s a testament to what a group of focused, talented, and determined writers can produce when inspired to do something good for the world.” ―Susan Wiggs “Working on Hotel Angeline was hands down the best two-hour, multi-authored, improvised, live-broadcast, literary advocacy writing experience I had all of last year! I loved it!” ―Sean Beaudoin

Kathleen Alcalá contributed to a novel for the Seattle7Writers project for literacy.

Matthew Amster-Burton is a restaurant critic, food writer, and former rock journalist with credits in The Best Food Writing, The Seattle Times, Gourmet, Seattle Magazine, San Francisco Chronicle, Parent Map, culinate.com, and egullet.com―as well as his food blog, Roots and Grubs. He lives in Seattle with his wife Laurie, a school librarian, and his daughter Iris.

Kevin Emerson once competed in a beauty pageant and lost (probably because he was wearing a suit of armor). He is the author of twelve novels for teen and middle grade readers, including the Atlanteans series, the Exile series, and The Fellowship for Alien Detection. He is also a guitarist and drummer in two bands: Northern Allies and the Board of Education. Emerson once appeared in a Swedish television commercial, knows that bow ties are cool, and also knows that Pinkie Pie is the best MLP. He lives with his wife and two young children in Seattle, where the damp, gloomy nights inspired Oliver’s story.

Stacey Levine is the author of My Horse and Other Stories (PEN/West Award) and the novels Dra― and Frances Johnson (finalist for the Washington State Book Award). A Pushcart Prize nominee and winner of the 2009 Stranger Literary Genius award, Levine has had fiction appear in the Denver Quarterly, Fence, Tin House, The Fairy Tale Review, Seattle Magazine, The Santa Monica Review, Yeti, and many other venues. She has also contributed to American Book Review, Bookforum, Fodor’s City Guides, The Stranger, The Chicago Reader, The Seattle Times, and The Seattle Post-Intelligencer. Her libretto for The Wreck of the St. Nikolai, a puppet opera performed in Seattle, is based on battles between the Pacific Northwest Quilyeute tribes and Russian fur traders.

Start reading Hotel Angeline: A Novel in 36 Voices on your Kindle in under a minute.

3.9 out of 5 stars
3.9 out of 5
42 global ratings
How are ratings calculated?
To calculate the overall star rating and percentage breakdown by star, we don’t use a simple average. Instead, our system considers things like how recent a review is and if the reviewer bought the item on Amazon. It also analyses reviews to verify trustworthiness.

C. Munoz
5.0 out of 5 stars Two Thumbs Up!
Reviewed in the United States on 7 December 2018
Verified Purchase
Such a cool book - with 36 writers, the reader has no idea where the story might go. Very interesting and the fact that this was done in a workshop setting in the Seattle area is an extra bonus. You may wonder what you got yourself into in the beginning but by the end, applause that the writers managed to pull this off.
Read more
6 people found this helpful
Report abuse

cookingMaven
5.0 out of 5 stars A most enjoyable read
Reviewed in the United States on 19 April 2020
Verified Purchase
I bought this because I was impressed with the 36 authors. It was an interesting, even inspiring, story of a spunky girl who had way too much responsibility. She had been raised by unusual people, to say the least, and had a lot to learn about the real world. It was interesting to evaluate the styles of the various authors.
Read more
3 people found this helpful
Report abuse

But take a look at the creation process. Thirty-six authors each took a 2-hour turn on a stage to write a chapter of the book, based on guidelines established by an editorial committee; the whole process took 6 days! There was an audience, plus it was being broadcast, so it was a live book-writing event. I had the delicious opportunity to correspond with two of the coordinators/authors, and they describe the event as a once-in-a-lifetime experience.

I could go on and on, recommending that you try this one. But I'll stop here, if you promise to read it. What do you say?
Read more
10 people found this helpful
Report abuse

BlueDoll
4.0 out of 5 stars Campfire Games
Reviewed in the United States on 14 May 2011
Verified Purchase
Some other reviewers, both on Amazon and elsewhere, have had some critical comments about the plot. Reading Hotel Angeline, I am struck not so much by the plot but by the process. This book is the product of a live, on-stage, writing event. Imagine you are on a camping trip not with your scout troop but with some of the best authors writing in the Northwest today. Then imagine one of them starts the story...and off it goes.

Hotel Angeline is fascinating because of how it was written. It is raw creativity and instant plot formulation. It really brings to the forefront of the reading experience exactly what it means to read a book written by someone else. The oddities of the plot make that even more clear--by focusing on the process rather than the product more about the concept of writing and sharing stories comes through.

I recommend this book to anyone who is thoughtful about reading, literacy, and the creative process. As Garth Stein says in the foreword to Hotel Angeline:

"So I hope that you will take our novel as a provocation on multiple levels. First, as a story, of course. But also, as a provocation to think about what makes a community a great place to live. Conversation and dialogue are central to our society. Give and take, listening, speaking, thinking, hearing, adapting, understanding, evolving. The act of writing a book--which necessitates that that book be read to be valid--is the epitome of conversation, and so stands at the center of our communities." (Stein, 2011)
Read more
21 people found this helpful
Report abuse

Evelina
4.0 out of 5 stars Interresting Project
Reviewed in the United States on 18 April 2012
Verified Purchase
I am giving it for stars just because of the idea and its execution as work of 36 authors. For the story and its flow I would only give one star. It is quite amazing how most of the 36 different people were able to keep the story going and the main character consistent. Only one of the authors was completaly off, writing a piece of poetical crap that could have been inserted in any part of the book and did not move the story in any direction at all. I even like the one comics chapter. Of course some of the author did better job than others keeping the story more on the track and moving nicely forward, some just added too much complications or make some parts too unrealistic. All in all I enjoyed the experience.
Read more
One person found this helpful
Report abuse
See all reviews
Back to top
Get to Know Us
Connect with Us
Make Money with Us
Let Us Help You
EnglishChoose a language for shopping.
© 1996-2021, Amazon.com, Inc. or its affiliates