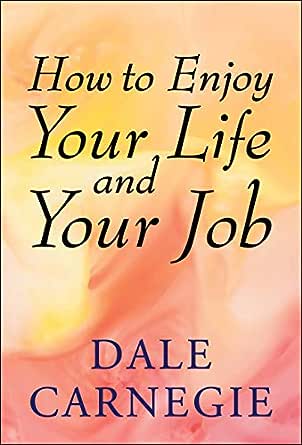 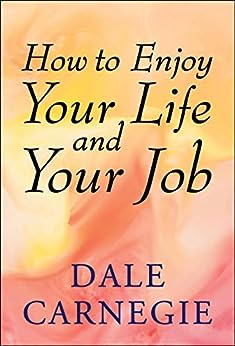 How to Enjoy Your Life and Your Job Kindle Edition

How to Enjoy Your Life and Your Job will help you create a new approach to life and people and discover talents you never knew you had. This bestseller shows you how to make every day more exciting and rewarding—how you can get more done, and have more fun doing it. A life-changing book that has helped many people around the world, is your key to achieving success in your professional and personal life.

Dale Carnegie (1888–1955) was an American writer and lecturer and the developer of famous courses in self-improvement, salesmanship, corporate training, public speaking and interpersonal skills.
He was born in an impoverished family in Maryville, Missouri. Carnegie harbored a strong love and passion for public speaking from a very early age and was very proactive in debate in high school. He went to the Warrensburg State Teachers College and later onwards became a salesman for Armour and Company in Nebraska. He also moved to New York in the pursuit of a career in acting and gave classes in public speaking at the Young Men's Christian Association.
During the early 1930's, he was renowned and very famous for his books and a radio program. When 'How to Win Friends and Influence People' was published in 1930. It became an instant success and subsequently became one of the biggest bestsellers of all time. It sold more than 10 million copies in many different languages. He also began work as a newspaper columnist and formed the Dave Carnegie Institute for Effective Speaking and Human Relations, with several branches globally.
Carnegie loved teaching others to climb the pillars of success. His valuable and tested advice was used in many domains and has been the inspiration of many famous people's success. One of the core ideas in his books is that it is possible to change other people's behavior by changing one’s reaction to them. The most famous and cited maxims in the book are "Believe that you will succeed, and you will," and "Learn to love, respect and enjoy other people."

Amazon Customer
5.0 out of 5 stars 10 pages a day keep negative thoughts away.
21 April 2017
Format: PaperbackVerified Purchase
One of the best book I have read.
Everyone give 20 -25 minutes of day for reading a book. It will help in thinking and making a good managed life.

Minouti Kharbade
1.0 out of 5 stars Bad Printing and Paper quality
29 August 2017
Format: PaperbackVerified Purchase
The printing quality of the book is not good, everything is blurred. Also the paper quality is not good, so while reading you see the black lines from the backside of the page. Adding too much stress while trying to read this book
Read more
2 people found this helpful
Helpful
Comment Report abuse

Amazon Customer
5.0 out of 5 stars Marvellous Book
4 October 2019
Format: Kindle EditionVerified Purchase
The contents are wonderfully arranged and nicely conveyed. You will not remain the old person after you complete reading the book and start applying the techniques in your everyday life.
Read more
Helpful
Comment Report abuse

Go to Amazon.com to see all 2 reviews 5.0 out of 5 stars
click to open popover
Unlimited FREE fast delivery, video streaming & more
Prime members enjoy unlimited free, fast delivery on eligible items, video streaming, ad-free music, exclusive access to deals & more.
> Get started
Back to top
Get to Know Us
Connect with Us
Make Money with Us
Let Us Help You
EnglishChoose a language for shopping.
© 1996-2020, Amazon.com, Inc. or its affiliates