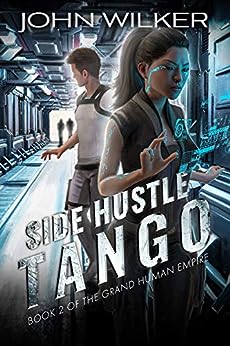 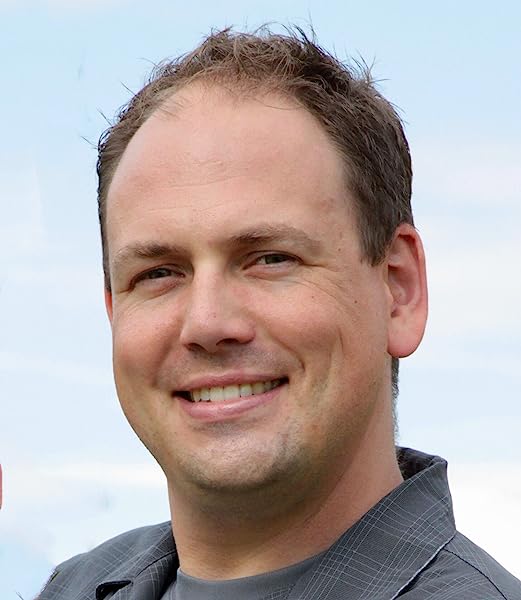 4.7 out of 5 stars
4.7 out of 5
13 global ratings
How are ratings calculated?
To calculate the overall star rating and percentage breakdown by star, we don’t use a simple average. Instead, our system considers things like how recent a review is and if the reviewer bought the item on Amazon. It also analyses reviews to verify trustworthiness.
Top reviews

Dad Pad
5.0 out of 5 stars Thoroughly enjoyable space romp
Reviewed in the United Kingdom on 2 June 2021
Verified Purchase
This was a great continuation of the story of Jax & Naomi.
Plenty of comical moments along the way with some darkness under the surface.
Read more
Report abuse

Robert G. Williscroft
4.0 out of 5 stars A future I would rather not have come to pass
Reviewed in the United States on 7 June 2021
Verified Purchase
“Side Hustle Tango” is the second book in a series. I have not read the first. If I had, perhaps some of my questions would be answered, and I will give Author Wilker the benefit of the doubt here. This is a Space Operaish kind of a tale. The starships use a “wormhole generator” to open up a rent in the fabric of space-time to get from here to there very quickly. I grant that it’s convenient, but Wilker presents it in a Space Opera mode instead of a hard science fiction mode. This is okay, but it moves this tale out of the hard science fiction realm. Ditto for “blasters,” “gravity fields,” and non-biological entities that come across like several Star-Wars characters we all are familiar with.

A couple of general comments: This story takes place at least a couple of hundred years in the future. Would people then really use something like our smartphones now? Is it likely that an interstellar government (if such a thing were actually possible) would take the form of an Empire with an Emperor? Everyone in the story is dark-skinned. I don’t have a problem with this, but is this really likely? (Perhaps this is set up in the first volume of the series.) There were several point-of-view glitches and a couple of missing words, but these didn’t detract seriously from the story.

It’s a well-plotted tale with lively characters (including the non-biological ones), effective good guys, bad guys, and in-between guys. I was a bit put off by a couple of male homosexual scenes, not because of their non-binary nature, but because they were gratuitous—they did nothing to move the story forward. Not a serious fault, however.

Doug Hawk
5.0 out of 5 stars A Fun, Fast Read with Flare, Fireworks and Frivolity
Reviewed in the United States on 10 June 2021
Verified Purchase
Side Hustle Tango is Star Trek meets Star Wars with fun characters that don't take themselves too seriously, plenty of action and adventure, and wise-cracking androids. Not to mention self-sealing stem bolts [a reference for Deep Space 9 nerds]. The story moves at lightning speed and has a satisfying conclusion. An excellent read for the beach or patio.
Read more
Report abuse

Wan Zahara A Alim
5.0 out of 5 stars Great read
Reviewed in the United States on 29 May 2021
Verified Purchase
I love the book, can't wait for more in the series
Read more
Report abuse
See all reviews
Back to top
Get to Know Us
Connect with Us
Make Money with Us
Let Us Help You
EnglishChoose a language for shopping.
© 1996-2021, Amazon.com, Inc. or its affiliates