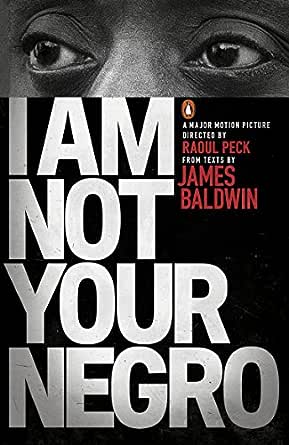 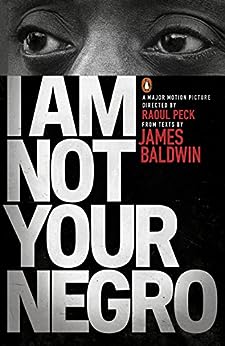 I Am Not Your Negro 01 Edition, Kindle Edition

JAMES BALDWIN (1924–1987) was a novelist, essayist, playwright, poet, social critic, and the author of more than twenty books. His first novel, Go Tell It on the Mountain, appeared in 1953 to excellent reviews, and his essay collections Notes of a Native Son and The Fire Next Time were bestsellers that made him an influential figure in the civil rights movement. Baldwin spent many years in France, where he moved to escape the racism and homophobia of the United States. He died in 1987.

RAOUL PECK is a filmmaker acclaimed for his historical, political, and artistic work. Haitian-born, he grew up in Congo, France, Germany, and the United States. His body of work includes the films The Man by the Shore (Competition, Cannes 1993); Lumumba (Cannes 2000, HBO); and Sometimes in April (2005, HBO). He is currently chairman of the French national film school, La Fémis, and recently completed his next feature film, The Young Karl Marx (2017). --This text refers to an alternate kindle_edition edition.

“I Am Not Your Negro is a kaleidoscopic journey through the life and mind of James Baldwin, whose voice speaks even more powerfully today than it did 50 years ago. . . . He was the prose-poet of our injustice and inhumanity. . . . The times have caught up with his scalding eloquence.” —Variety

“A searing and topical indictment of racial prejudice and hatred in America that makes for uneasy viewing and is not easily forgotten. . . . Vividly intelligent.” —Hollywood Reporter

“A striking work of storytelling. . . . One of the best movies about the civil rights era ever made. . . . This might be the only movie about race relations that adequately explains—with sympathy—the root causes.” —The Guardian

“Thrilling. . . . A portrait of one man’s confrontation with a country that, murder by murder, as he once put it, ‘devastated my universe.’… One of the best movies you are likely to see this year.” —The New York Times --This text refers to an alternate kindle_edition edition.

As concerns Malcolm and Martin,
I watched two men, coming from unimaginably different backgrounds,
whose positions, originally, were poles apart,
driven closer and closer together.

By the time each died, their positions had become virtually the same position.
It can be said, indeed, that Martin picked up Malcolm’s burden,
articulated the vision which Malcolm had begun to see,
and for which he paid with his life.
And that Malcolm was one of the people Martin saw on the mountaintop.

Medgar was too young to have seen this happen,though he hoped for it, and would not have been surprised;
but Medgar was murdered first.

I was older than Medgar, Malcolm, and Martin.
I was raised to believe that the eldest was supposed to be a model for the younger,
and was, of course, expected to die first.

Not one of these three lived to be forty. --This text refers to an alternate kindle_edition edition.

'Thrilling . . . A portrait of one man's confrontation with a country that, murder by murder, as he once put it, "devastated my universe"' The New York Times

In June 1979, the writer and civil rights activist James Baldwin embarked on a project to tell the story of America through the lives of three of his murdered friends: Medgar Evers, Malcolm X and Martin Luther King, Jr. He died before it could be completed. Now I Am Not Your Negro imagines the book Baldwin never wrote, using his original words to create a radical, powerful and poetic work on race in the United States - then, and today.

'Baldwin's voice speaks even more powerfully today . . . the prose-poet of our injustice and inhumanity . . . The times have caught up with his scalding eloquence' Variety

'A cinematic séance . . . One of the best movies about the civil rights era ever made' Guardian

4.8 out of 5 stars
4.8 out of 5
1,947 global ratings
How are ratings calculated?
To calculate the overall star rating and percentage breakdown by star, we don’t use a simple average. Instead, our system considers things like how recent a review is and if the reviewer bought the item on Amazon. It also analyses reviews to verify trustworthiness.

chigal
5.0 out of 5 stars Very much needed at this time
Reviewed in the United Kingdom on 2 August 2020
Verified Purchase
With all going on in the USA right now (re- police profiling and killing of black people) and the resulting worldwide movement that have sprung and gained momentum, this book sheds some light that will help people have the necessary conversations around race. Evil continues because good people remain silent! Black, brown, white, red, whatever colour (shouldn’t really be saying this as we’re the human race and shouldn’t be defined by colour) , get yourselves some books on the subject.
Read more
One person found this helpful
Report abuse

Michelle
2.0 out of 5 stars 2 stars
Reviewed in the United Kingdom on 11 July 2019
Verified Purchase
This book is basically the notes, essays, letters etc etc that James Baldwin had planned to pull together for his book 'Remember this House' which remained unfinished at the time of his death.

These notes where then pulled together by Raoul Peck and resulted in the I Am Not Your Negro documentary.

It's a very quick read, for me I would prefer to watch the documentary, and I will do, however it did slightly build upon the Martin Luther King / Malcom X book that I read last year so it was worthwhile.

Jonathan Nicholas - Author
5.0 out of 5 stars A good introduction to this author
Reviewed in the United Kingdom on 12 January 2020
Verified Purchase
The author states he loved John Wayne films when he was young; until, that is, he realised he was the Indians. It’s a different perspective on life & America, from a black man’s point of view. It’s a short easy read & so a great introduction to this author, as recommended to me by someone on Twitter. Recommended.
Read more
One person found this helpful
Report abuse

Rani Ban
3.0 out of 5 stars The format is notes.
Reviewed in the United Kingdom on 22 September 2018
Verified Purchase
It was an interesting read, and highlights issues that sadly are still significant today. Some people still judge others by skin colour and not by the thoughts they think or how they feel.
Read more
One person found this helpful
Report abuse

Kerean Watts
5.0 out of 5 stars Baldwin speaks from the grave - and his voice is as poignant and vital as ever
Reviewed in the United Kingdom on 21 October 2017
Verified Purchase
This seamless, gorgeous compilation of Baldwin's notes in preparation for Remember This House - a book, tragically, he never finished - is an essential companion to the painstaking documentary of the same name. A vital insight into an America of the past, the present and the future.
Read more
8 people found this helpful
Report abuse
See all reviews
click to open popover
Unlimited FREE fast delivery, video streaming & more
Prime members enjoy unlimited free, fast delivery on eligible items, video streaming, ad-free music, exclusive access to deals & more.
> Get started
Back to top
Get to Know Us
Connect with Us
Make Money with Us
Let Us Help You
EnglishChoose a language for shopping.
© 1996-2021, Amazon.com, Inc. or its affiliates