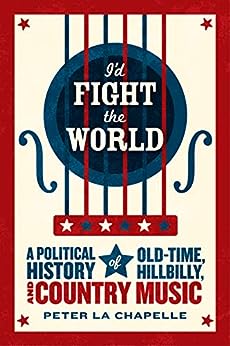 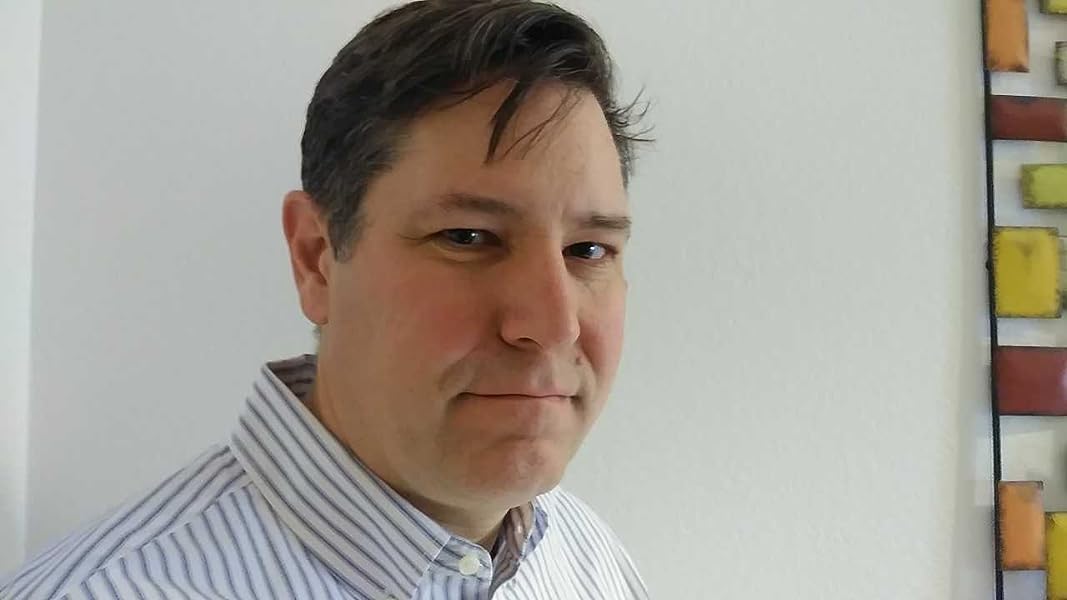 I'd Fight the World: A Political History of Old-Time, Hillbilly, and Country Music Kindle Edition

by Peter La Chapelle (Author) Format: Kindle Edition
See all formats and editions
Sorry, there was a problem loading this page. Try again.
Long before the United States had presidents from the world of movies and reality TV, we had scores of politicians with connections to country music. In I’d Fight the World, Peter La Chapelle traces the deep bonds between country music and politics, from the nineteenth-century rise of fiddler-politicians to more recent figures like Pappy O’Daniel, Roy Acuff, and Rob Quist. These performers and politicians both rode and resisted cultural waves: some advocated for the poor and dispossessed, and others voiced religious and racial anger, but they all walked the line between exploiting their celebrity and righteously taking on the world. La Chapelle vividly shows how country music campaigners have profoundly influenced the American political landscape.
Read more
Previous page
Next page

"Grounded in deep research in archival and popular print material, I'd Fight the World recovers an often obscure--yet vitally important--history of country music politics that offers a new way to understand the contours of modern American political campaigning."--Zachary J. Lechner "The Journal of Southern History"

"American political campaigns without music or shows would be an impossibility today. Speaking about the 20th century, neither marching band tunes, nor folk songs or hymns were the musical style employed most by political representatives running for office, but country music, as author La Chapelle proves. He finds many more details of this particular relationship in I'd Fight the World. And moreover, country music by commenting on conditions of life is political, too."-- "Pop Culture Shelf"

"I'd Fight the World provides unique insights into the iconic, American-made musical genres of old-time, hillbilly, and country and western. La Chapelle's book is educational, interesting, and very easy to read. I recommend it without question."-- "Harry Reid, former Senate majority leader"

"A deeply researched examination of the ways that country and old-time music have been coopted into political life. . . La Chapelle traces the not especially healthy relationship between country music and populism . . . La Chapelle's exhaustive examination of his subject uncovers many untold stories and raises interesting questions about whether country music has yet truly reckoned with its political past."-- "Times Literary Supplement"

"In I'd Fight the World, La Chapelle explores the turbulent and tawdry connections between country music and politics. Country music, at its best, can be described as the music of the people. My definition of 'politics' never changes: poli- means more than one and tics are bloodsucking parasites. La Chapelle takes us on a lively ride through it all."-- "Kinky Friedman, independent gubernatorial candidate and author of Heroes of a Texas Childhood"

"In his excellent new book, La Chapelle offers a deeply absorbing chronicle of the intersections between country music and politics. . . I'd Fight the World provides in-depth insights to the ways that a clearer understanding of the intersections of music and politics might just help us steer clear of the fissures opened by a celebrity politician before we fall head first into them."-- "No Depression"

"In this well-written and expansive book, La Chapelle narrates a national history of politics and country music, from nineteenth-century populism to post-World War II conservatism. I'd Fight the World demonstrates how both political and cultural history can shine light upon each other, creating a rich tapestry of scholarship."-- "David Gilbert, author of The Product of Our Souls"

"Lively and informative. . . This book will surprise those who have preconceived notions about country music and Southern politicians, and their longstanding connection."-- "Library Journal"

"Recommended. . . Thick with information, its robust scholarship makes it valuable for researchers."-- "Choice"

"Thoroughly researched and insightful, I'd Fight the World exposes the political themes embedded in country music of all stripes, as well as the sometimes subtle, sometimes blatant, always shrewd employment of this music by politicians. La Chapelle reveals a political legacy in country music that today's audiences have an obligation to confront."-- "Jocelyn Neal, author of Country Music: A Cultural and Stylistic History" --This text refers to an alternate kindle_edition edition.

Chris Abernathy is a voice talent and audiobook narrator.

4.4 out of 5 stars
4.4 out of 5
11 global ratings
How are ratings calculated?
To calculate the overall star rating and percentage breakdown by star, we don’t use a simple average. Instead, our system considers things like how recent a review is and if the reviewer bought the item on Amazon. It also analyses reviews to verify trustworthiness.
Top reviews

Elinor La Chapelle
5.0 out of 5 stars The research is impressive.
Reviewed in the United States on 6 February 2020
Verified Purchase
The tie between politics and music was interesting and thorough.
Read more
Report abuse

Tracey B.
5.0 out of 5 stars Great book
Reviewed in the United States on 10 February 2020
Verified Purchase
I bought this after reading the No Depression review. I am really enjoying it so far.
Read more
Report abuse
See all reviews

Peter La Chapelle (1970-) was born in rural Arizona and grew up exposed to an eclectic, localized radio universe that included live mariachi performances, the chants of San Carlos Apache medicine men, and the recordings of Hank Williams Sr., Patsy Cline, and Waylon Jennings. After attending the University of Arizona, La Chapelle worked as a journalist in Bakersfield for four years covering everything from favorite sons Buck Owens and Merle Haggard to migrant farm worker camps to the environmental hazards created by the runoff of a carrot packing shed. La Chapelle completed his education in Southern California, spent some time in Washington, D.C., and Pennsylvania, and now teaches at a college serving first-generation students in the greater Las Vegas area.