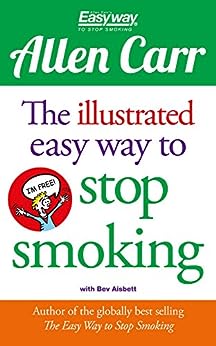 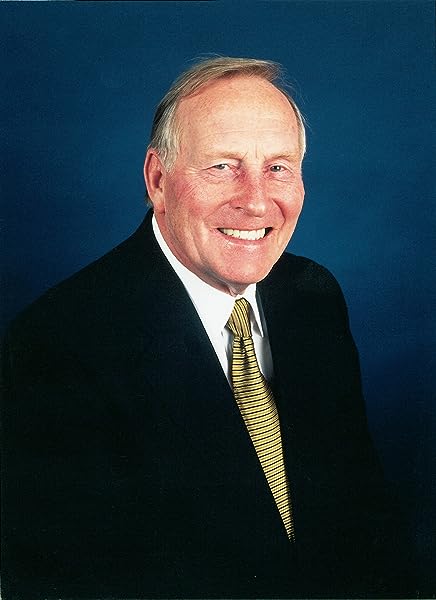 READ THIS BOOK, FOLLOW THE INSTRUCTIONS AND STOP SMOKING NOW.

In The Illustrated Easy Way to Stop Smoking, Allen Carr debunks the myths about smoking and shows you the way to beat your addiction. With the brilliant illustrations of Bev Aisbett, Carr's best-selling method is presented here in a truly refreshing, accessible, dynamic, funny and enjoyable way.

Allen Carr has helped cure millions of smokers worldwide and he can do the same for you.

His books have sold over 16 million copies worldwide, and read by an estimated 40 million people, while countless more have been helped to quit through his network of clinics. This phenomenal success has been achieved not through advertising or marketing but through the personal recommendations of the ex-smokers who've quit with the method. Allen Carr's Easyway has spread all over the world for one reason alone: BECAUSE IT WORKS.

"I stopped smoking... I read this book by Allen Carr. It's called the Easy Way to Stop Smoking. Everyone who reads this book stops smoking!"
Ellen DeGeneres

"His method is absolutely unique, removing the dependence on cigarettes, while you are actually smoking. "
Richard Branson

Allen Carr (1934-2006) was a chain-smoker for over 30 years. In 1983, after countless failed attempts to quit, he went from 100 cigarettes a day to zero without suffering withdrawal pangs, without using willpower and without putting on weight. He realised that he had discovered what the world had been waiting for - the Easy Way to Stop Smoking, and embarked on a mission to help cure the world's smokers. --This text refers to an alternate kindle_edition edition.

Allen Carr was a chain-smoker for over 30 years. In 1983, after countless failed attempts to quit, he went from 60–100 cigarettes a day to zero without suffering withdrawal pangs, without using willpower, and without putting on weight. He realized that he had discovered what the world had been waiting for, the easy way to stop smoking, and embarked on a mission to help cure the world’s smokers.

As a result of the phenomenal success of his method, he gained an international reputation as the world’s leading expert on stopping smoking and his network of clinics now spans the globe. His first book, Allen Carr’s Easy Way to Stop Smoking, has sold over 12 million copies, remains a global bestseller, and has been published in more than 40 different languages.

Allen Carr’s Easyway method has been successfully applied to a host of issues including sugar addiction, alcohol, debt, and other addictions.

4.3 out of 5 stars
4.3 out of 5
316 global ratings
How are ratings calculated?
To calculate the overall star rating and percentage breakdown by star, we don’t use a simple average. Instead, our system considers things like how recent a review is and if the reviewer bought the item on Amazon. It also analyses reviews to verify trustworthiness.

Purushottam Kumthekar.
4.0 out of 5 stars Ok.
Reviewed in India 🇮🇳 on 16 January 2019
Verified Purchase
Not much of help
Read more
Helpful
Report abuse

Preetam Dey
5.0 out of 5 stars Easy read and simple to follow
Reviewed in India 🇮🇳 on 7 April 2018
Verified Purchase
Straight forward approach with illustrations and humour to keep you engaged. All it takes is an hour or so to look at life with a new perspective
Read more
2 people found this helpful
Helpful
Report abuse

Maria
5.0 out of 5 stars Worked for me
Reviewed in the United Kingdom 🇬🇧 on 7 April 2014
Verified Purchase
I had smoked for five years. (Since I was 15).

I never really tried to give up, because I didnt feel like I was addicted. Then I turned 20 and I realised i have a serious cough, depression, upset stomach, unpleasant smell and very sensitive teeth, all those nasty things that smokers have.

I didn't try any gums or patches, I knew there was a book which my dad read and gave up smoking in two weeks after 25 years of smoking. So I found the book.
I had a lot going on at that moment, i didn't have time to read. But I really didn't want to put off reading, so I ordered this comic book. It took me about 2-3 hours to read it (I am not a native English speaker).
I stopped smoking two days before I read the book, so it was a bit hard to read it, as they ask you to smoke your last cigarette while you're reading. I didn't even do that. And I must admit it never touched tobacco again.

The book itself is a great fun! Full of funny comic pictures, and you feel really engaged with it, cause they describe so much about you as a smoker, it feels they read you through.

If you smoke joints, it is fine. You still can give up smoking tobacco and enjoy weed. The only thing is don't mix weed with tobacco. They sell great herbal mixes for this purpose. So you'll never ever have to breathe nicotine in again.
Read more
4 people found this helpful
Report abuse

Mrs Angela Markham
5.0 out of 5 stars THIS WILL CHANGE YOUR LIFE.
Reviewed in the United Kingdom 🇬🇧 on 8 September 2014
Verified Purchase
The most amazing book I have ever read. Changes my life. I read this back in 2001 and am still a non smoker. I don't think I would still be around now if it wasn't for this book. I feel fantastic to be free of an addiction that is basically all in the mind. Read it.... you can smoke all the way through to the last page..... you have nothing to loose. My tip would be take it easy and read it over a couple of months so the messages really get in (I read every page twice, I was so desperate for it to work). I also felt so much more confident in myself once I wasn't ruled by cigerettes.
Read more
3 people found this helpful
Report abuse

Barnesy
2.0 out of 5 stars Very light on literary content
Reviewed in the United Kingdom 🇬🇧 on 10 April 2021
Verified Purchase
No where near as much information as the original book and the cartoons/illustrations did not make up for it. Probably OK (ish) if you cannot read
Read more
Report abuse

Anarchist666
2.0 out of 5 stars Go, buy the original!!!
Reviewed in the United Kingdom 🇬🇧 on 9 January 2018
Verified Purchase
Bit of a gidgy on the quiet. Half as many pages as the original book and the illustrations, though amusing, are not of any particular quality.
I found that the lack of examples of stopping smoking and the lack of fleshing out of the original book leaves this edition lacking somewhat.
Read more
Report abuse

J I
5.0 out of 5 stars This helped my friend quit smoking
Reviewed in the United Kingdom 🇬🇧 on 16 December 2015
Verified Purchase
This helped my friend quit smoking. They said they found his approach useful. I can't comment past that, however it made a great gift to inspire my friend to give up. They used to own the non-illustrated paper version so the illustrated Kindle version was great.
Read more
Report abuse
See all reviews
Report an issue
Does this item contain inappropriate content?
Report
Do you believe that this item violates a copyright?
Report
Does this item contain quality or formatting issues?
Report