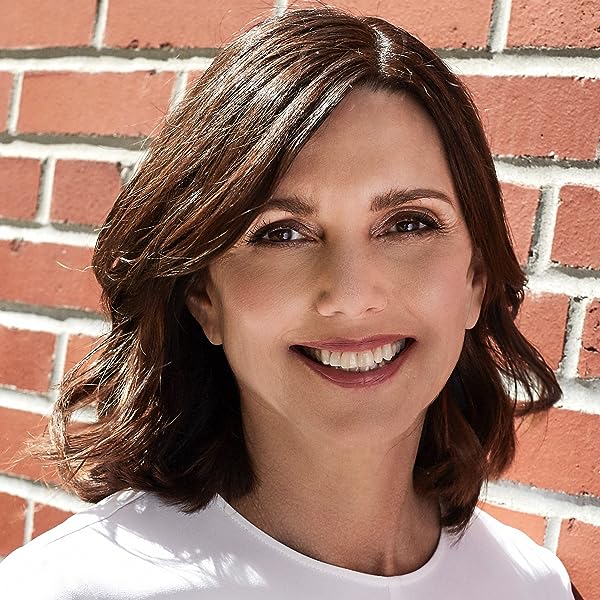 Imagine It Forward: Courage, Creativity, and the Power of Change Paperback – 20 September 2018

Bank Offer (11): 10% Instant Discount up to INR 1500 on Kotak Bank Credit Card Transactions. Minimum purchase of INR 5000 See All
Cashback (2): Get extra ₹200 cashback as Amazon Pay balance on min purchase of ₹2,000. Valid on all prepaid orders of books, toys, video games, software, grooming & healthcare devices. This is in addition to 10% discount on HDFC bank. See All
No Cost EMI: Avail No Cost EMI on select cards for orders above ₹3000 Details
Partner Offers: Get GST invoice and save up to 28% on business purchases. Sign up for free Details
See 2 more
10 Days Replacement Only
Amazon Delivered
No-Contact Delivery
Amazon Delivered
Amazon directly manages delivery for this product. Order delivery tracking to your doorstep is available.
No-Contact Delivery

If there is one skill that more individuals and companies need to hone it's imagination. And if there is one person who can teach us how to do it, it’s Beth Comstock. Woven together through own journey, Comstock offers us simple and practical steps on things we can all do to prepare ourselves for the future…or even invent it. -- Simon Sinek, New York Times Bestselling Author of START WITH WHY and LEADERS EAT LAST

Full of wisdom about how to thrive in a bureaucracy―and then transform it into an innovation machine. Beth Comstock is one of the most effective and admired executives of our time, and she tells the engrossing inside story of how she rose to the upper echelons of GE and spearheaded a sea of change ― Adam Grant

Beth Comstock has written a wonderful book, full of excellent insights and lessons from her hugely successful career. She has recently been elected to the advertising all of fame, and after reading this you will know why. This book is of great value to almost virtually any leader and her stories and examples are told in a breezy way that makes it a joy to read. -- Phil Knight, founder of Nike and New York Times Bestselling Author, SHOE DOG

Beth Comstock is just as creative and bold in her approach to writing a business book as she is in running a business. Unafraid to get candid and personal, unusually generous in sharing her insights, this is a book for anyone who wants to see around corners ― and to vanquish the fear that holds them back from acting on what they see -- Susan Cain ― Susan Cain, New York Times bestselling author of QUIET

This book is a rare gift... an honest, behind-the-scenes look at power, success and influence, combined with vulnerability and practical advice. A book you won't soon forget ― Seth Godin

BETH COMSTOCK’s mission is to understand what’s next, navigate change and help people and organizations do the same. She is the former Vice Chair of GE, where she led efforts to accelerate new growth and innovation, initiated GE's digital and clean-energy transformation, seeded new businesses and enhanced GE’s brand value and inventive culture. As President of Integrated Media at NBC Universal, Beth oversaw TV ad revenue and new digital efforts, including the early development of hulu.com.

Written about and profiled extensively in the media, from the New York Times to Forbes, Fortune, and Fast Company, she is also on the Forbes list of the most powerful women in the world.

Start reading Imagine It Forward on your Kindle in under a minute.

Beth Comstock is change maker who has helped people grapple with rapid-fire change and open up their companies to transformation. Before she ever led the reinvention of a team or a business, she learned to rely on her curiosity to provoke change in herself. She infused her life with the habit of discovery, seeking out new ideas, people and places and in turn she built a career path from storyteller to chief marketer to GE Vice Chair. And now author.

Beth knows what it is like to work on the front lines of change. In nearly three decades at GE, she led efforts to accelerate new growth and innovation, initiated GE's digital and clean-energy transformation, developed new businesses and increased GE’s brand value. She created GE Ventures, oversaw GE Lighting, and was the company's Chief Marketing Officer. As President of Integrated Media at NBC Universal, Beth oversaw ad revenue and the company’s digital efforts, including the early development of hulu.com. Earlier in her career, she held a succession of marketing and communications roles at GE, NBC, CBS and Turner Broadcasting/CNN.

Beth is a director at Nike, trustee of The National Geographic Society and former board president of the Cooper Hewitt Smithsonian National Design Museum. She graduated from the College of William and Mary with a degree in biology.

4.5 out of 5 stars
4.5 out of 5
173 global ratings
How are ratings calculated?
To calculate the overall star rating and percentage breakdown by star, we don’t use a simple average. Instead, our system considers things like how recent a review is and if the reviewer bought the item on Amazon. It also analyses reviews to verify trustworthiness.

KUNAL GUPTA
5.0 out of 5 stars The Bible for Change Makers
Reviewed in India on 8 January 2019
Verified Purchase
Beth's comstock's story is mine in making. Albiet the impact may be a fraction of what she's accomplished in those 26yrs at GE.

She's brought out well the GE's magnificent and larger than life culture .

It's amazing on how Beth recounts people, experiences, interactions with them and her inner emotions so profoundly. It's difficult to imagine someone being able to do that for a 26 long years! (I don't even remember my last quarter!).

She's given summaries and mantra's after each story. That makes the self-help even better. It would have been even better if there was a way to recall the story behind those mantra's/learnings quickly . so one could share them as anecdotes when sharing with others.

But doesn't looks like Beth Comstock era is over. It feels she will come back with more power bringing more change.

Honest, vulnerable, hungry for change defines Beth to me.

Recommended this book to everyone who wants motivation to their change making missions.
Read more
4 people found this helpful
Helpful
Report abuse

Hitesh Pathariya
1.0 out of 5 stars More of a second Hand Book.
Reviewed in India on 25 July 2019
Verified Purchase
Is this a new Book??
Yes, it was priced and listed as such but the book doesn't fit with the expectation.
Not happy!
Read more

1.0 out of 5 stars More of a second Hand Book.
By Hitesh Pathariya on 25 July 2019
Is this a new Book??
Yes, it was priced and listed as such but the book doesn't fit with the expectation.
Not happy!

Rajat Jain
4.0 out of 5 stars Change is the only constant. Learn to be a change-maker.
Reviewed in India on 13 April 2019
The book has powerful concepts viz. Imagination gap, STAR Method (Shelter, Tell someone, Ask yourself, Repeat).

The key takeaway - 'Grab your own permission, no one will give the permission to you to come out with cutting edge idea, side-hustle for mini success'.

Salno Mungrey
1.0 out of 5 stars Poor quality.
Reviewed in India on 13 July 2021
Very poor quality. The binding is not right and the pages are already coming off. The text alignment is also off. It seems like a rip-off of the original book, I didn't expect such poor quality.
Read more
Helpful
Report abuse
See all reviews

Kym Hamer
5.0 out of 5 stars Pragmatic & powerful: a keeper
Reviewed in the United Kingdom on 30 June 2019
Verified Purchase
What a great read.

I saw Beth Comstock speak in London last year - I'd never heard of her but she impressed me with her conviction and her pragmatism about the power of "imagining it forward" to create our future. Finally I got around to the book and I was not disappointed. I have tabbed so many pages for later reference. Some of them are food for thought while other are great tools and techniques that I can apply to power both my own and my clients' businesses forward. An absolute keeper - one for returning to time and time again. 5-stars.
Read more

I saw Beth Comstock speak in London last year - I'd never heard of her but she impressed me with her conviction and her pragmatism about the power of "imagining it forward" to create our future. Finally I got around to the book and I was not disappointed. I have tabbed so many pages for later reference. Some of them are food for thought while other are great tools and techniques that I can apply to power both my own and my clients' businesses forward. An absolute keeper - one for returning to time and time again. 5-stars.

Amazon Customer
5.0 out of 5 stars Best read
Reviewed in the United Kingdom on 3 July 2019
Verified Purchase
This is one of the best business, strategy, leadership books I have read. Full of insights and stories. Thank you Beth Comstock for sharing your knowledge, wisdom and experience with humility and grace.
Read more
Report abuse

Teddy Mpaulo
5.0 out of 5 stars Returned the item on the 9th/April
Reviewed in the United Kingdom on 12 April 2019
Verified Purchase
The item was fine. But it wasn't needed for the purpose so I ordered a different one.
Read more
Report abuse

George
5.0 out of 5 stars Insightful and thought provoking
Reviewed in Australia on 14 May 2019
Verified Purchase
Working and volunteering in organisations with such fixed and rigid structures this book gave me a wonderful case study for another way. Easy to read and enjoyable due to story telling I recommend this book if you wish to learn a path forward for change.
Read more
Report abuse
See all reviews
Back to top
Get to Know Us
Connect with Us
Make Money with Us
Let Us Help You
EnglishChoose a language for shopping.
© 1996-2021, Amazon.com, Inc. or its affiliates