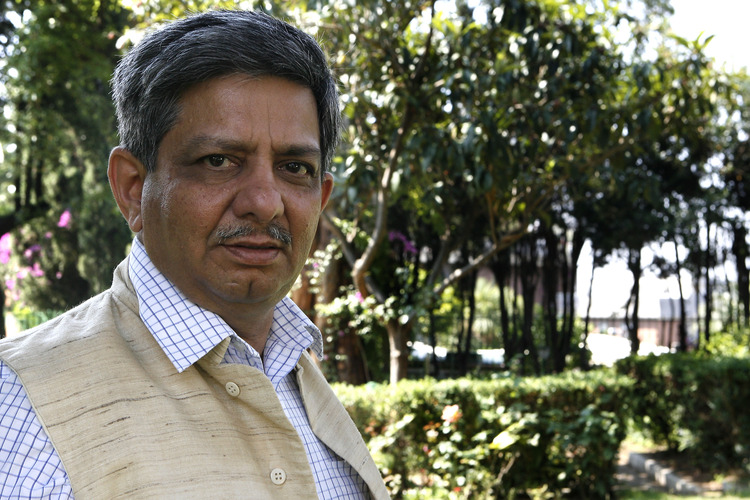 RAJIV DOGRA is a writer, television commentator and artist. A career foreign service officer, he was India’s Ambassador to Italy and Romania, the Permanent Representative to the United Nations Agencies in Rome and the last Consul General in Karachi. An active public speaker, Rajiv Dogra is one of India’s foremost commentators on foreign policy and strategic affairs and is noted for his considered and assertive views. He is the bestselling author of Where Borders Bleed, Durand’s Curse and Second Night.

Q1. Who, according to you, is the greatest Indian Prime Minister, complete in every respect?

A.That’s a tough one. It took me over 85,000 words and years of research to puzzle it out. I chose 8 prime ministers out of the 14 we have had so far. Each one of these eight was great in his or her way. There is enough in my book to make you come to your conclusion as to who should be considered greatest Prime Minister.

Insofar as I am concerned, I think we were lucky that these eight contributed to the making of modern India. In that lies their greatness.

Q2. Where, in your opinion, does India belong–it is a regional power, or on its way to becoming a global power? Or is it already a mini global power?

A.India is not in the big league yet because of the limitations of its current power, though it has the potential to carve out a position for itself in the region because it lies in the middle of Eurasia and above the Indian Ocean.

But its geographical location is also a challenge. China and Pakistan are a constant check to its position in the region and in the world. Therefore, India would find its rightful place in the world once it has become self-sufficient as a military power and a significant economy. A country’s position is also determined by the dependence that others have on it.

Q3.How has India’s Cov*d diplomacy, under PM Modi, helped establish itself as a reliable and responsible global power?

A.I feel our actions throughout this unfortunate episode have been an example to the world. India decided to go in for the lockdown well in time, thereby minimizing the outbreak of corona. Moreover, it responded quickly to appeals for medicine by President Trump and a hundred other leaders of the world. It also took the lead in collective diplomacy by organizing tele-conferences first with the SAARC heads of government followed by those with the heads of government of BRICS and G-20.

There is, therefore, appreciation that instead of working in a silo, and only for itself, India took the lead in reaching out so that we could collectively think of the best ways to control this pandemic.

A.When tsunami hit much of Southeast Asia in December 2004, India was one of the first countries to reach out with assistance. Since then, India has cooperated with other countries in setting up early warning systems against a future Tsunami. Similarly, when piracy became a big menace in the Indian Ocean then too India, along with other countries, used its navy to check piracy. So India’s record has been fairly consistent. Already the global efforts to come out with a vaccine against corona virus have begun and Indian companies are a part of this effort. It is also likely that India will build further on the initiative it has already taken with SAARC countries by sharing its experience in controlling the spread of Corona.

But global action requires dreaming a universal dream. Alas, such a leap of imagination is unlikely in the post Corona world because it has become far too fractious.

Start reading India's World - Demy (HB) on your Kindle in under a minute.

4.2 out of 5 stars
4.2 out of 5
7 global ratings
How are ratings calculated?
To calculate the overall star rating and percentage breakdown by star, we don’t use a simple average. Instead, our system considers things like how recent a review is and if the reviewer bought the item on Amazon. It also analyses reviews to verify trustworthiness.

Sushant
5.0 out of 5 stars For the ones who want to know more about Foreign Policy but are confused about where to begin from.
Reviewed in India on 4 September 2020
Verified Purchase
This book has been lucidly written by an ex-IFS officer. The Prologue sets the context in which this great piece of work is to be read. I would certainly keep this book in high regards since it does not take a biased stand while evaluating the Foreign Policies of some of India's ex-PMs.
A must read for those who are interested in Foreign Policy and History. Its a great amalgamation of both.

Sham Kapur
5.0 out of 5 stars A Brilliant Book On Indian Diplomacy
Reviewed in India on 23 October 2020
Verified Purchase
A brilliantly written book by a seasoned diplomat, who is known for his straight talking style, and expresses
himself in a highly lucid and convincing language, which makes it a great pleasure to read his books.

Bibliophile prerna
5.0 out of 5 stars Informative
Reviewed in India on 15 October 2020
This is a very well written book explaining concisely the current position of India in the world. It's a brief history of the circumstances that led to where India is right now and what more we'll be required to do to go forward. But, mind you this book doesn't paint a glossy picture at all. Rather it includes a lot of criticism of decisions taken by all the Prime Ministers in terms of foreign affairs of the country, even though Rajiv Dogra Sir tried not giving a biased picture.

The book was thought-provoking as it briefed me on many issues that are affecting us even more now. To be specific, issues such as Kashmir, China, and Pakistan. It becomes more relevant as it even conveyed suggestions and strategies on diplomatic relationships with other countries.

The best part of the book is that it's not tilted towards any political wing, leaving the rightness of the decisions to be judged totally by the readers.

Ravi
2.0 out of 5 stars Skip it
Reviewed in India on 26 August 2020
Skip it. Thinly written, confusing and lacking substance.
Read more

Basant Goswami
5.0 out of 5 stars Out standing
Reviewed in India on 27 August 2020
Out standing
Read more
Helpful
Comment Report abuse
See all reviews
Unlimited FREE fast delivery, video streaming & more
Prime members enjoy unlimited free, fast delivery on eligible items, video streaming, ad-free music, exclusive access to deals & more.
> Get started
Back to top
Get to Know Us
Connect with Us
Make Money with Us
Let Us Help You
EnglishChoose a language for shopping.
© 1996-2020, Amazon.com, Inc. or its affiliates