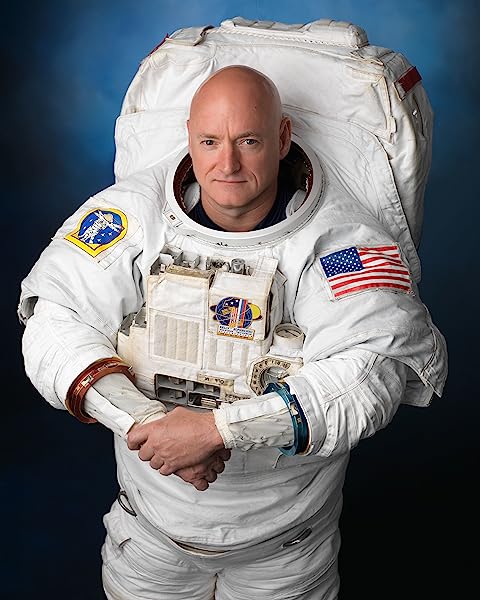 Infinite Wonder: An Astronaut's Photographs from a Year in Space Hardcover – 1 November 2018

by Scott Kelly (Author)
4.7 out of 5 stars 337 ratings
See all formats and editions
Sorry, there was a problem loading this page. Try again.
FREE delivery: Saturday, Oct 30 Details

Bank Offer (11): 10% Instant Discount up to INR 1500 on ICICI Bank Credit Card Transactions. Minimum purchase of INR 5000 See All
Cashback (2): Get extra ₹200 cashback as Amazon Pay balance on min purchase of ₹2,000. Valid on all prepaid orders of books, toys, video games, software, grooming & healthcare devices. This is in addition to 10% discount on HDFC bank. See All
No Cost EMI: Avail No Cost EMI on select cards for orders above ₹3000 Details
Partner Offers: Get GST invoice and save up to 28% on business purchases. Sign up for free Details
See 2 more
Pay on Delivery
10 Days Replacement Only
Amazon Delivered
No-Contact Delivery
What is Pay on Delivery (Cash/Card)?
Pay on Delivery (Cash/Card) payment method includes Cash on Delivery (COD) as well as Debit card / Credit card / Net banking payments at your doorstep.
Amazon Delivered
Amazon directly manages delivery for this product. Order delivery tracking to your doorstep is available.
No-Contact Delivery

Scott Kelly is a retired astronaut and International Space Station commander. He recently returned from his #YearInSpace to break all records and become the longest serving American in space.

Scott Kelly's contribution to his field is immeasurable and his experience utterly unique. Endurance will bring it to life for those of us who may never make it beyond the Earth's atmosphere.

Start reading Infinite Wonder on your Kindle in under a minute.

Scott Kelly is a NASA astronaut best known for spending a record-breaking year in space. He is a former U.S. Navy fighter pilot, test pilot, and veteran of four spaceflights. Kelly commanded the space shuttle ENDEAVOUR in 2007 and twice commanded the International Space Station. He resides in Houston, Texas. You can follow him on Facebook at NASA Astronaut Scott Kelly, and on Instagram and Twitter at @StationCDRKelly.

4.7 out of 5 stars
4.7 out of 5
337 global ratings
How are ratings calculated?
To calculate the overall star rating and percentage breakdown by star, we don’t use a simple average. Instead, our system considers things like how recent a review is and if the reviewer bought the item on Amazon. It also analyses reviews to verify trustworthiness.
Top reviews

Karen
5.0 out of 5 stars Fascinating
Reviewed in the United Kingdom on 28 January 2019
Verified Purchase
Such a beautiful book and a real interesting look at life in space and our planet
Read more
Report abuse

orio
5.0 out of 5 stars Gorgeous book.
Reviewed in the United Kingdom on 22 November 2019
Verified Purchase
This is a really super book. Stunning images. Delighted with the book.
The book arrived only a few days after ordering. Very good service.
Read more
Report abuse

AJ R
5.0 out of 5 stars A different view of space.
Reviewed in the United Kingdom on 1 December 2018
Verified Purchase
A Christmas gift for my husband that I think he’ll really like. A different view of space.
Read more
Report abuse
See all reviews
Back to top
Get to Know Us
Connect with Us
Make Money with Us
Let Us Help You
EnglishChoose a language for shopping.
© 1996-2021, Amazon.com, Inc. or its affiliates